We all strive to make sure shows and events sound great, but do they look good? Lights can be crucial in creating a “feel” by setting a mood/tone. Here’s a primer on the fundamentals of lighting tech.

We all strive to make sure our shows and events sound great, but do they look good? Lights can be just as important as the sound, creating a “feel” by setting a mood/tone, whether its calming or excitement.

Modern technology has made it easier and much more manageable for this to happen. Many venues are now outfitted with LED “PAR” type and “intelligent” moving fixtures, which tend to be lightweight, require less power, and can be put up on trusses, lighting trees or sometimes on the floor.

As a long-time lighting practitioner for a wide range of events, my first goal is to make sure the performers are lit from the front so faces can be seen, then create a backlight setting. Having front light, backlight, and some ground units as well can help in creating a full, large look with a relatively small number of fixtures.

There are two main types of lighting fixtures: conventional and intelligent. Conventional fixtures are basic, static units that require a separate dimmer system for control. They’re available in a multitude of types, including wash fixtures that produce a wide beam of light that can cover a large area, and spot fixtures that produce a more defined beam of light that can be focused. Intelligent fixtures are able to be controlled directly via a lighting console, allowing the operator to adjust focus, position, color, and/or a variety of other parameters, depending on the specific fixture.

ESR
Ellipsoidal Reflector Spotlights are commonly referred to as the most popular model, the Leko. This is a trade name from Strand that has become a generic term for an ellipsoidal reflector spotlight (ERS) or “ellipsoidal.” Lekos are lensed spotlights that offer focusing capability, as well as internal shutters that can shape and cut off the beam. They’re often used for projecting patterns from patterned inserts called “gobos,” as well as “specials” to highlight a performer onstage or an item of scenery.

Modern Lekos can take different lens barrels and offer from 5- to 90-degree beam angles. A variation of the ERS called the “zoom” allows the user to adjust the beam angle between a certain range, such as 15 to 30 degrees. The focus can be adjusted to light with soft or sharp edges. The industry standard ETC Source Four fixtures use an HPL lamp available in a variety of wattages and voltage configurations, with 575 and 750 watts being the most often seen on productions.  Many other companies now make their own variations on the style.

Par Can
Basically, par cans take the form of a car headlight with a metal casing. They put out a lot of light and create lots of heat, so great care is needed handling them.

A more modern variation is the Source Four PAR. Years ago, this different version of a PAR was introduced by Electronic Theater Controls (ETC). A Source Four PAR (S-4 for short) fixture consists of a rugged housing with a glass or metal reflector that accepts interchangeable lenses providing beam spreads from very narrow (VN) to extra wide flood (XWFL).

A wide variety of LED Par Cans are available that barely create any heat or draw power; these are quickly replacing the older Par Cans. They run on DMX, audio/internal mic, auto function or internal programming.

LED
Light Emitting Diodes come in a variety of fixture types and have started to replace many of the older style fixtures that use traditional lamps. This is in part because LEDs draw less power, produce much less heat, and offer extremely long lamp life of up to 50,000 hours. With built-in dimming and color mixing, they also save money by not having to use dimmer racks and multiple fixtures for different colors.

LEDs are now available in pretty much every style of fixture. These units can recreate thousands of colors with the push of a button. LEDs come in static (conventional) and automated intelligent styles, with the moving head style being the most common.

Intelligent fixtures are controlled by consoles via the DMX512 protocol. This control system allows 512 control channels down a single cable, and each 512-channel group is called a universe. A single DMX channel can be used to tell a dimmer pack to alter the level of a channel or can used for an intelligent fixture to control a single attribute such as a color or tilt. Small lighting consoles may only output a single universe, while larger desks offer multiple universes of DMX and can handle bigger shows.

Followspot
Followspots are large, bright fixtures mounted on yokes and operated by hand, allowing the operator to adjust the focus and size of the beam, add color and direct the beam onto performers.  Since many of the larger units use lamps that need time to restrike or ramp up to operating level, instead of turning off the bulb, the operator will close the shutter, which blocks light from exiting the followspot, and leave the lamp on until the next cue.

Intelligent Moving Lights
Intelligent lights are automated fixtures that can have features that are DMX-controlled and have features like color changing, focus controls, GOBOs, dimming and motorized shutters. They also come in wash and spot types and are used for adding movement and interest to a show. Intelligent lights mount the main body on a yoke and move the entire fixture head around to aim the light beam in any direction.

GOBOs
Gobos are patterns that get projected from conventional or intelligent spot fixtures. The design of the pattern can be abstract and used to shape lighting beams or realistic and used as a scenic element. For example, at special events and corporate meetings gobos are commonly printed with graphics and client logos to help brand the event.

Modern LED lights can cycle between colors with a flick of your wrist, but the older analog lights all use white bulbs. To create colors, light designers have to clip cellophane “color gels” in front of the bulb.

With the older analog fixtures, if you wanted red, green, blue and white lights, you needed four separate instruments. And if you wanted to change one of the colors, you might need two people, a ladder and a harness to change them.

Red, green and blue are considered the primary additive colors of light. Which means you can add them together to create other colors, such as red + green = yellow, red + blue = magenta, green + blue = cyan, red + green + blue = white, and so on. Of course, you can also make your own custom color combinations by adjusting the amount of red, green and blue. Some common shades include amber, teal and pink. 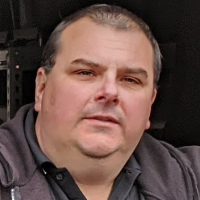