When rising Latin music artist Tony Succar engaged in the massive 2015 project “UNITY: The Latin Tribute to Michael Jackson,” he wanted as much control over the album’s sound and production as possible, and he knew the best way to achieve that was to build his own studio. But like most musicians, he didn’t know every technical detail involved and was unsure about some equipment he might need, including some of the most important pieces of gear for any high-end studio: power protection and conditioning.

“Studio design and performance is so specific, and there are so many products, that it can be a challenge to make decisions and determine what gear is best,” Succar says. “I knew that power conditioning and power protection were crucial to deliver clean, flawless baseline sound and to protect all the other expensive gear, but I thought, what exact equipment do I need? Then I met with Furman at NAMM, already knowing the brand’s reputation in the industry, and they immediately said ‘we want to help you make this the best studio possible.’”

After discussing his needs, goals and expectations, Furman recommended Succar invest in a P-2400 IT 20 amp power conditioner and a PL PRO-C power conditioner to provide surge and voltage protection while creating a quiet noise floor to build his music upon.

“I could hear the difference as soon as I started using the Furman,” he explains. “The sound is a lot cleaner and consistent, and all my gear that’s plugged into it runs flawlessly 100 percent of the time. I used to rent out studios, and now when I compare the sound and recording quality in my studio to others, mine is my favorite. It’s like a puzzle where you have to figure out the last piece for yourself, and without the last piece the whole puzzle would appear obviously flawed and could even fall apart.”

Succar notes that the projects he works on tend to include many visiting musicians, with the tribute album crediting more than 100 artists. With so many recording partners coming through his space, it was important to have the best, most reliably performing equipment, but also to present a professional aesthetic in the studio’s appearance. 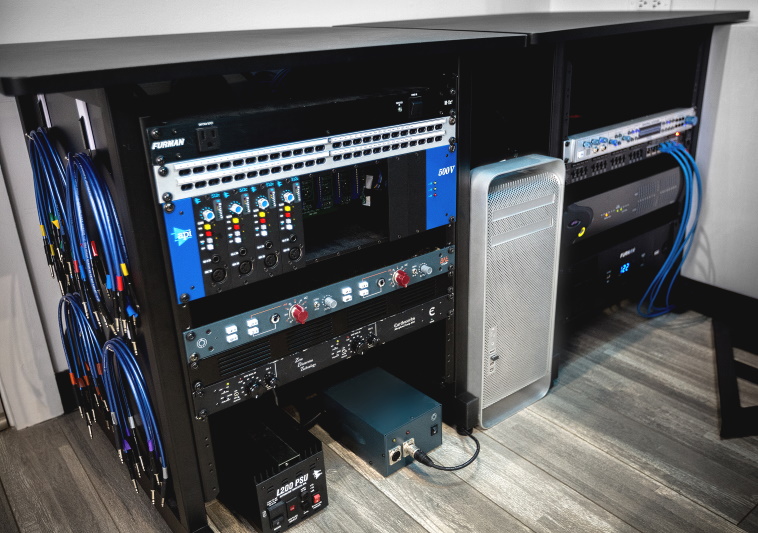 “I love the Furman P-2400 IT, because first of all, it’s something you see in every big studio, so it gives my space a look of professionalism,” he says. “Everyone knows it’s the best, so it helps build trust when I’m working with new collaborators. Performance wise, I used to go with extremely basic power protection, but that often introduced crackles and required constant management. Since upgrading to Furman I haven’t had a single issue in four years.”

Succar’s recording process can take several years, so it’s extremely important that all the equipment works and performs the same every single day.

“My albums aren’t recorded in a weekend, so knowing that we will get the exact same tone and quality every time we step into the studio is critical,” he adds. “If there was any sound variability in the recording process, it just wouldn’t work. It wouldn’t live up to my demands for quality and wouldn’t deliver fans the best possible reproduction.”

Succar also noted that when playing live shows in his local market of Miami, Florida, he brings a Furman P1500-UPS to guarantee that a venue’s power issues don’t affect the performance. In one real-life instance of “the show must go on,” Succar’s band played straight through a complete power outage, when even the lights went off, thanks to the battery power from the Furman UPS.

“As a performing artist, my job is to deliver a great performance or recording to music fans all over the world,” Succar says. “With Furman’s help, I stand confident knowing that I’m in full control – every sound will be faithfully reproduced and my live performances won’t be impacted by house power issues.”

Furman’s P-2400 IT symmetrically balanced power conditioner is designed for the most critical, low noise installations, providing AC noise reduction and isolation from the power grid.

The hosts discuss their preferred jobs, what keeps them going, and lessons they've learned along the way, plus an update to the mentorship program.

Talks about working with artists like Tanya Tucker and Jason Bonham as well as mixing in drum triggers while working with metal acts such ...read more →