La Barracuda, which premiered recently at this year’s 2017 South By Southwest festival in Austin, is the story of the daughter (Allison Tolman) of a deceased country music star whose life is suddenly disrupted by the appearance of a previously unknown half-sister (Sophie Reid), who means to claim a piece of the family’s legacy.

The movie title La Barracuda actually refers to the acoustic guitar played by her father, and the instrument is at the center of the production. To capture the iconic six-string instrument, Lectrosonics Digital Hybrid Wireless technology was used, with an SSM super slight micro transmitter hidden in the belly of the beast.

“This is a story about a musical family, with the guitar acting as a stand-in for the late father,” says Paul Toohey, sound mixer for the film. “So when the directors contacted me, I already knew that capturing the music would be extremely important to telling the story.”

For Toohey, there were a variety of scenes which presented challenges in capturing the sound – including one scene in a big Texas dance hall, another at the famous Saxon Pub in Austin, and then a pivotal bonfire scene. For the scene beside the fire, well-known Texas musicians including Bob Livingston, Butch Hancock, Richard Bowden and Colin Gilmore came in to perform with Sophie Reid.

“The bonfire scene was the one where I had the most questions and the most challenges; it was mainly lit only by the bonfire and there wasn’t really an easy way to hide microphones anywhere,” says Toohey. “So we had lavalier mics hooked up to wireless transmitters in four of the guitars. We used the Lectrosonics SSMs, as they are very tiny and could easily fit through the sound holes of the guitars. We used them mainly with DPA 4060 mics, and held them in place with an adhesive called Joe’s Sticky Stuff.”

The receiving end of the audio employed Lectrosonics gear as well.

“We used SRb and SRc receivers, which are slot-mount,” Toohey explains about the format which can piggyback onto most cameras and sound recorders used in filmmaking and news-gathering. “Each is dual-channel so it can pick up two transmitters at once. These fit into a Sound Devices SL-6 [the three-slot rack which physically hosts and powers the transmitters] and in turn fed a Sound Devices 688 recorder.”

Toohey also used Lectrosonics SMV and SMQV belt-pack transmitters and an UCR411a receiver on the film.

Ease of use, tuning flexibility, and operational stability were chief considerations in Toohey entrusting the film to Lectrosonics. “I’ve tried others in the past, but I am a long time Lectro used and knew it was really bulletproof,” he says. “Other gear is less user-friendly as well. So when I built my own rig, I knew Lectrosonics is made right in their headquarters and it’s tested repeatedly and their quality assurance is very exacting. So I knew it had the dependability for what I need to do on this set.

“For example, La Barracuda’s bonfire scene was a kind of one-chance opportunity. If we had any audio issues that could have potentially tanked the whole scene, which would have been a disaster. As it worked out, Lectrosonics gear made me feel safe capturing all that music — which really helped the movie be something amazing.”

La Barracuda is currently making the rounds at film festivals. 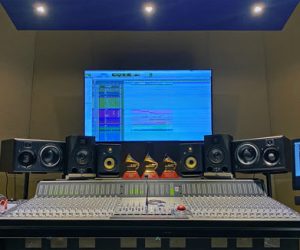 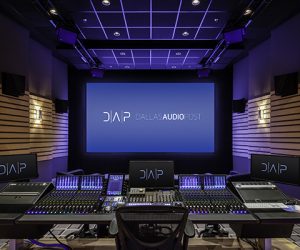