VERSE in Los Angeles, a new establishment designed as an elegant supper club, has been outfitted with a Meyer Sound Constellation acoustics system along with a direct reinforcement system based on ULTRA-X40 point source loudspeakers.

For more than five years, the restaurant project had been a sideline passion for Manny Marroquin, a Grammy-winning mix engineer for — among many others — Alicia Keys, Lizzo, Post Malone, John Mayer and Bruno Mars.

“I have other partners in this project, but ultimately VERSE has been my baby,” says Marroquin, who also owns the legendary Larrabee Studios located next door. “In most restaurants, sound quality takes a back seat when it comes to planning and budgeting. But in my experience, and this has been confirmed in studies, the sound in restaurants often is annoying and even fatiguing. When you’re yelling across the table without really being aware of it, you’re not having a good time and you probably won’t want to come back.”

Marroquin turned to Meyer Sound for a solution that integrated control of acoustical characteristics with quality sound reinforcement. “From the outset we thought of building it as a studio environment rather than a restaurant,” he explains. “We wanted a great space for performances, and I also wanted to have the ability to capture great live recordings — while guests are having great food and drink along with it.”

“Meyer Sound is one of the most amazing companies in the industry, from John and Helen on down,” he continues. “Their team came up with the complete plan, first controlling the room’s physical acoustics with 28 custom Libra™ panels on the walls and bass traps overhead [designed by Veneklasen Associates]. From that baseline we can introduce Constellation, which gives you the ability to dial in just the right amount of liveliness by creating a controlled, immersive environment. That is obviously music to my ears!”

To sample the ambient room sound, the Constellation system deploys 24 miniature cardioid microphones around the space. After processing through an 11-module D-Mitri digital audio platform, the desired room characteristics are mixed with the background music program and distributed to a total of 52 self-powered loudspeakers: 41 UP-4slim full range loudspeakers and 11 MM-10XP miniature subwoofers.

“We can dial the music up to a level where it is present and enjoyable, but never intrusive. And there are no hot spots or dead spots. You can walk anywhere in the restaurant and it sounds the same,” says Marroquin.

The recorded music program is a “genre-less” mix with playlists personally compiled by Marroquin and some close friends in the recording industry. “What I’m trying to do is constantly surprise you, by moving from songs that are contrasting yet related — like going from the Ramones to the Ronettes, then to New Order and The Clash. We’ve found that when the sound is really good, like it is here, people are more open to types of music that they normally don’t listen to.”

“The PA is a great little system but the real beauty of it is that we can tie into the Constellation speakers so you don’t have to drive the PA that loud,” Marroquin says. “The sound feels big, but it’s not killing your ears because it’s in a controlled, studio-like environment. It’s always pleasant and evenly distributed throughout the room.”

Constellation’s overhead and lateral loudspeakers also enables use of Spacemap, Meyer Sound’s spatial sound technology for immersing the audience in a three-dimensional auditory experience. “What we can do with Spacemap just blows my mind,” he notes. “The sky’s the limit.”

At the front end of the reinforcement system is an SSL Live L300 digital console, situated in an isolated sound booth and linked via a dedicated fiber optic connection to a digital hub at the adjacent Larrabee Studios. The booth also is equipped with a pair of Meyer Sound Amie studio monitors. For live recording sessions, VERSE enjoys free access to Larrabee’s microphone locker and stock of instruments, including a Yamaha C7 grand piano.

“It’s a very ambitious project,” Marroquin sums up, “but if it becomes even 50 percent of what I imagine, it will be a success. I hope it makes other restauranteurs feel that, in order to compete, they have to look at sound in a whole different way.” 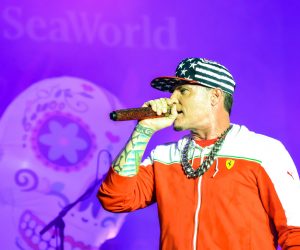