KV2 For First Edition Of Modular Festival In Switzerland

VHD5 system for the main stage and SL412s supplemented by SL2.15 subs for the second stage to support the debut of the event in Emmental.

The rolling hills of Langnau in Emmental, Switzerland provided the backdrop for the first edition of the Modular Festival organized by DJ and producer Michelle Kelly Leeman, with KV2 Audio VHD5 loudspeakers deployed for the main stage and SL412 loudspeakers supplemented by SL2.15 subwoofers for the second stage in support of the four-day event in September.

“It took over a year of planning and 160 pages of information were submitted to the relevant authorities in order to obtain all the necessary permissions to go ahead,” Leeman notes. “Selecting a sound system was the easy bit – I already knew I wanted KV2, and if possible the VHD5 but I needed to make sure it was feasible.”

She got in touch with KV2 technical projects director Andy Austin-Brown to discuss the details of the project to see what he suggested given the size and shape of the area to be covered and the dimensions of the stage. “VHD5 offers the absolute best quality of sound representation coupled with the highest dynamics and definition, even at lower levels, whilst carrying enormous output capability,” says Austin-Brown. “Given the area to be covered and the anticipated audience levels, we could certainly have achieved excellent results with a range of our smaller solutions, but Michelle had already decided that excellent wasn’t good enough – she wanted the absolute very best if it was possible, and that, in KV2 terms, as their current ultimate technology statement, means VHD5. While not a typical application for VHD5, there was no reason for it not to be used, so that’s what we did.”

The biggest challenge was working within the 7.5-meter height restriction imposed by the tented roof structure in front of the stage. To combat this, the final configuration comprised a single VHD5.0 with three VHD8.10 midrange extensions per side flown as high as possible either side of the stage. Due to the lack of height, instead of using the dedicated down fill cabinets, Austin-Brown recommended a pair of ESR215s as front fill supplemented by a ground-stacked sub array of two VHD2.21, eight VHD4.21 Active and six VHD4.21 Passive.

DJ monitoring was handled by KV2’s setup of a pair of ES1.0 mid/tops, four ES2.6 double 15-inch active subs, with control and amplification provided by a pair of EPAK2500R and a SAC2 processor.

All the equipment was supplied by technical event production specialists, PISO AG based north-east of Zurich. They also provided a L/R SL dance stack for the second stage comprising an SL412 top, two SL2.15 subs and a VHD2.21 sub per side. Signal management, amplification and control across all KV2 systems was handled by KV2’s dedicated control and amplification units.

Johannes Kraemer, long-time sound engineer for techno legend Richie Hawtin and New York’s Avant Gardner club amongst others, was on hand to help set up the VHD5 system. “I couldn’t be happier with how it all turned out,” says Leeman. 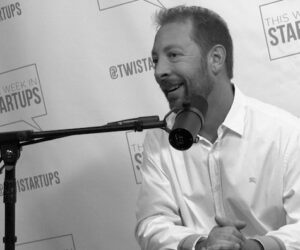 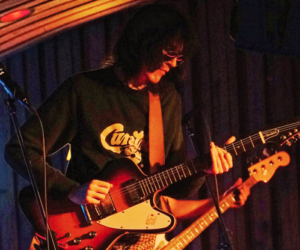