Knack For Their Craft: Elevating The Art Of Audio With Daryl Hall & John Oates On Tour

After a Friday night at Madison Square Garden in New York City, he’s mid-sentence, talking about stage input, when the call drops. I immediately re-dial but land in voice jail. Patience, patience, I’ve done a million of these, we’ll reconnect…

Eight minutes pass before the phone vibrates on the overbridge of my desk, drawing the ire of the chubby orange cat lying next to it. “Yeah, sorry man,” the voice on the other end says. “You started getting a little choppy and then I lost you.”

I’m talking with George Squiers, the person currently orchestrating the mix on stage for this summer’s Hall & Oates tour, which has the talented and prolific duo hitting a wide range of arenas along with Philly brethren Train. Squiers’ counterpart at front of house is Chris Salamone, and the gear used to make it all happen each night arrives courtesy of Firehouse Productions (Red Hook, NY). “I can’t say enough about these guys [at Firehouse],” Salamone says. “Bryan Olson, Chris ‘Radar’ Russo and staff have been amazing!”

The house system is headed by an L-Acoustics rig, with 12 K1s and six K2s per side for the left and right main hangs. Sixteen more K2s go airborne left and right as side hangs, eight KARAs deliver front fill, and 16 KS28 subwoofers in groups of four provide the low end in a cardioid configuration on the floor.

If you’ve heard of Fredericksburg, VA-based Salamone’s Recording Studio and are wondering if the Chris Salamone in this report is one in the same, you indeed guessed right. “I’m a live engineer first, 25-plus years and counting, who turned studio engineer along the way,” he explains. “It’s important to make that distinction as they’re two different skill sets entirely as we know, but there’s lots of crossover in how I approach both.

“Coming from a musician’s background, coupled with studio background, has really helped with shaping musical elements to fit together in a mix,” Salamone continues. “It’s also taught me the importance of subtractive EQ to carve room for all the instruments to live together and have a place in a recording. In live audio, there are not as many rules in putting together a mix because the dynamic range is wide open. The speakers can handle almost anything you throw at them. In the studio, we have to fit all of the elements into small speakers in order to get it to translate across many listening devices. I use these studio principles live in how I approach EQ, compression, level and panning, and it helps give the arena or room I’m mixing in a focus clear to the back of the room. 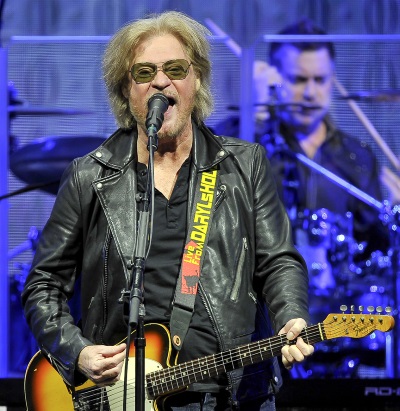 “This concept hit me years ago in my analog days. I was in one of the worst rooms I’d ever been in and I could not get the band to sound clear through the reflections [of the room]. Yet when I would play program material, the reflections became less apparent making the PA more intelligible. What was the difference? As I studied the reference material, it hit me. It’s the compression and the way it’s being applied that seemed to control the anomalies in the room. This concept of compression, with the combination of physical isolation and manual fader automation, changed it all for me and I’ve never looked back.

“Live audio brings in elements of splash and bleed,” he adds. “In the studio, this can be very cool but in a live situation, it is not welcome and I will go to any length to reduce this by physical means [such as plexiglass] and mix decisions. If I need to go further, I’ll turn to the musicians to aim things, or perform certain parts on a given mic, or just plain perform on-axis of a given mic. Sometimes it’s a matter of asking our monitor engineer, George [Squiers] to duck something in the monitors to reduce bleed and make it more manageable at front of house. I also rely on system tech Alex Fedrizzi to tune and align the PA each day.” 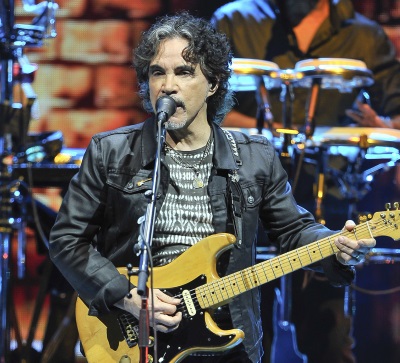 A DiGiCo SD10 console working in conjunction with a redundant backup DiGiCo S21 serve Salamone in the house. Both are clocked at 96 kHz. The SD10 feeds a Lake LM44 processor through a pair of AES3 inputs for the left, right, subs, and front fill, while the S21 is also feeding a Lake LM44 through four analog inputs in the same configuration.

“With this setup,” explains Salamone, “I can patch all of the usual suspects from the Waves Mercury Bundle across individual channels and buses. Additional processing is done with a pair of MacBook Pros going in and out of the SD10 via MADI with a Waves DiGiGrid MGB. Setting these computers up in a native configuration lets me use third-party plugins alongside my Waves plugins and have the best of both worlds. With this kind of flexibility, I can leave my analog processors at home and stay digital from front to back. A couple examples of how this works includes using an Eventide H3000 plug to replace my H3000S box and a Relab Development LX480 to replace my Lexicon 480L.”

Gregory A, DeTogne is a writer and editor who has served the pro audio industry for the more than 32 years.
All Posts
PrevPreviousDcSoundOp Shoptalk: Inside The Sound Devices 970 Multitrack Recorder
NextEncompass AV Equips Chicago’s BLVD Restaurant With Martin AudioNext
Study Hall Top Stories
Explore All Study Hall