Considered the “Super Bowl of Ski Racing,” the Hahnenkamm Downhill and Slalom Races at the Austrian ski resort of Kitzbühel benefitted this year in its 75th run from a sound reinforcement system headed by K-array Firenze Series loudspeakers, provided by rental company Murdock Event & Media of Fieberbrunn, Austria.

At Hahnenkamm, up to 100,000 fans come to see skiers take on the notoriously difficult Streif, traveling at more than 85 miles per hour on the steepest ski slope in the world, as well as navigate the Ganslernhang, famous for its difficult and tricky slope.

The event’s organizers rely on the partnership with Murdock Event & Media, which assembles a large production team to take on a very complicated audio challenge on its own, let alone one furthered by difficult terrain, blizzards and sub-zero temperatures.

Specifically, the sound team flew arrays KH8 loudspeakers to deliver coverage to the audience area at Hahnenkamm, joined by KS8 subs and K-array KH15s for side fill. 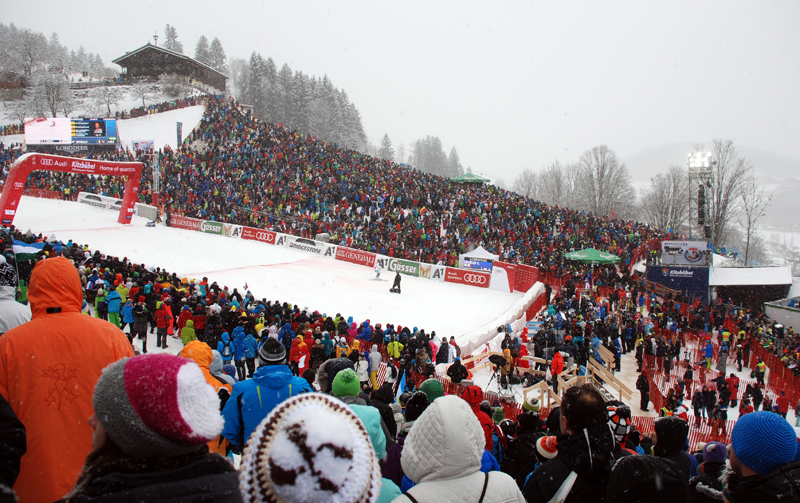 A perspective of some of the coverage area at Hahnenkamm, with a KH8 array on the right.

Klaus Hausherr of K-array technical team was also on hand to assist in the design via use of the system’s FIRmaker software. K-array worked closely with audio/acoustic software provider AFMG on the development of the software, which allows users to establish their own acoustic modeling. Configurations can also be designed off-site, prior to the show, and then simply activated with the click of a mouse.

“During setup, I dedicated myself to finding the exact measurements of the site, distances and settings, with a professional laser measurement tool,” Hausherr explains. “We then altered the parameters on (Powersoft) Armonìa software for complete control and monitoring.” 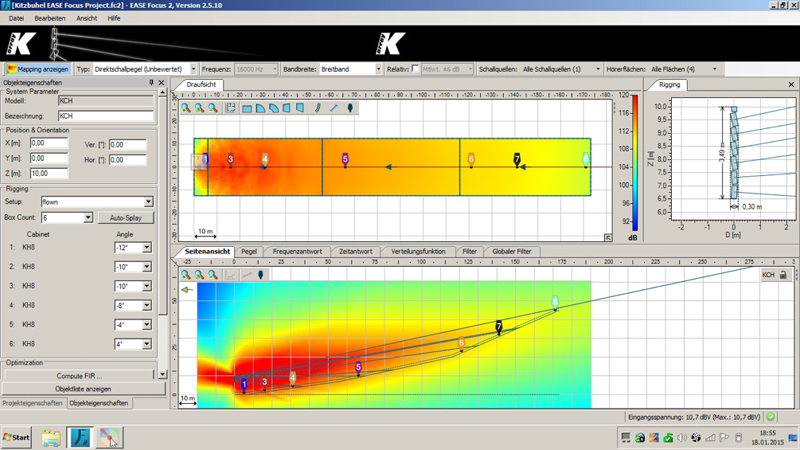 System load-in began at 7:30 am, with the system flown, optimized and ready to perform by 11 am. “It was notable that an array made up of only six boxes and weighing just 600 kg (about 1,300 pounds) was easily able to push clear sound over a distance of 200 meters (650 feet),” Hausherr states. “It really is a whole new frontier.”

Karl Wienand of K-array Austrian distributor Musik Lenz adds, “It’s a great advance to have the up-tilt capability for these kinds of events. You can easily play the sound up the mountain, which is really different than any other system.” 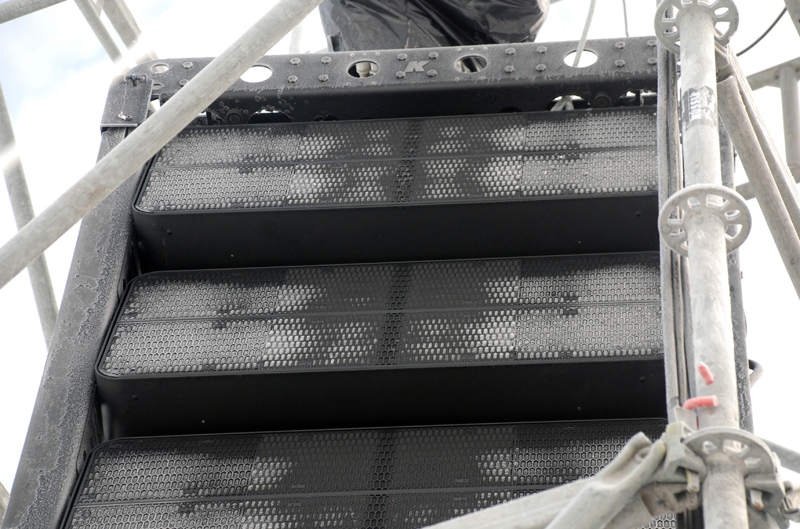 The loudspeakers proved impervious to the tough winter elements.

Murdock managing director Stefan Gieringer concludes, “The system was ultra-reliable even during the blizzards we encountered at the event. With the steering of the new Firenze series, we can keep the system out of sight, making more room for the fans. We loved the KH15s for side fill; they supported the Firenze system to give it more than we’ve ever heard before at this event.”