In The Studio: Tips For Mixing Vocals To An Instrumental

This article is provided by the Pro Audio Files.

Mixing vocals to pre-mixed instrumental is an issue that just about every engineer will encounter.

The idea of recording vocals to a mixed down instrumental has been around for decades. On rare occasions that vocal and instrumental would be released as the actual song.

In Hip Hop, this is fairly common, and comes with the intention of the combined vocal and instrumental being the final release. Because Hip Hop producers mix their tracks with this intention, there’s a unique set of skills that comes into play for throwing vocals into the mix.

The challenge here is that loudness isn’t as simple as turning the level up. After a certain point, loudness can only be achieved by increasing the density of the record, rather than the volume. The issue is that if the track is exceedingly dense, there is no room for the vocal.

In fact, the first thing one has to do is turn the instrumental down in volume significantly in order to make anything work. By this token – the louder the instrumental – the quieter the end mix. Ironic, no?
Variables

We need to approach this mix with the forethought of compensating for whatever quality the instrumental is coming in as – highly compressed, mp3, possibly in mono, the list goes on.

But first thing’s first. Get the vocals sounding the best you can on their own. There are some great tutorials for this here on this site. I’d start with Mixing Rap Vocals Part 1. I also recommend checking out Ken Lewis’s video.

The goal is to get the vocals to sound like they belong with the instrumental as much as possible. So we need a two pronged approach:

—Open up the instrumental to allow for the vocals to fit in, and;

—Match the vocal to the instrumental.

And we need to do this as non-destructively as possible.

Read More
In The Studio: Organizing Your Session Files
Pages: Page 1, Page 2
1 2Next » 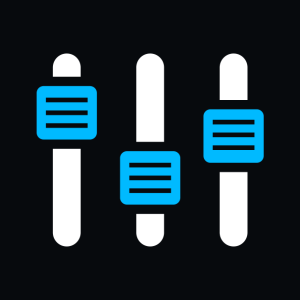 Matthew Weiss engineers from his private facility in Philadelphia, PA. A list of clients and credits are available at Weiss-Sound.com. To get a taste of The Maio Collection, the debut drum library from Matthew, check out The Maio Sampler Pack.
All Posts
PrevPreviousAuralex Offers SheetBlok-AF Sound Isolation Barrier Material With New Base-Coat Paint
NextChainsaws & Scalpels: What’s Really Going On With That Equalizer?Next
Study Hall Top Stories
Explore All Study Hall