In The Studio: The Beginning Of The End Of The Loudness Wars?

One of the cooler aspects of iTunes Radio is that it very well may be the beginning of the end to the loudness wars.

One of the cooler aspects of iTunes Radio is that it very well may be the beginning of the end to the loudness wars.

For those of you too young to remember, the loudness wars started back in the 60s when producers began to perceive that if a song played on a radio was louder than the one before or after it, it seemed to sound better and people responded more.

As a result, they kept on asking the mastering engineer to make their records as loud as possible (check out this post on hypercompression).

In the vinyl world, there was a physical limitation on how loud a record could be cut. Cut it too loud and the stylus would jump out of the record groove and the customer would return it.

That all changed with music’s entry into digital and the then-new look ahead digital limiters, which were capable of loudness levels that were unheard of just a few years before. 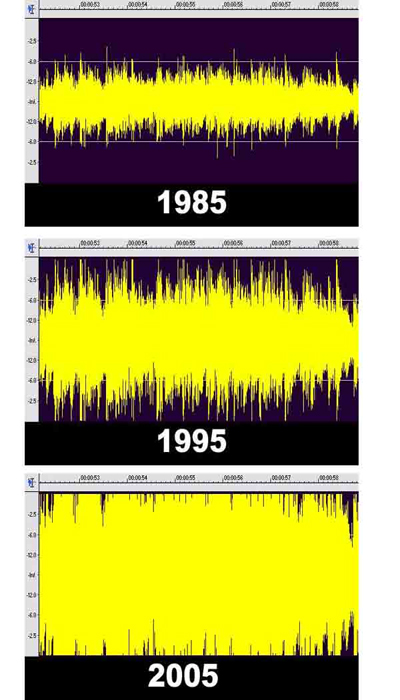 Now we’ve gotten to the point were some clients don’t even care if there are overloads and distortion on the mastered track, as long as it’s as loud as possible. Mastering engineers and mix engineers hate this, of course, but producers and record labels demand it, so the search for more perceived level has continued unabated. Until now.

iTunes Radio now includes a new Sound Check algorithm, which limits the volume level of all tracks. In other words, it lifts the level of the quiet tracks and lowers the level of louder ones so they’re all the same.

What makes this a threat to hypercompression is the fact that Sound Check can’t be defeated by the listener, the mastering engineer, the producer or the record label.

What’s more, if a song is dynamically crushed, Sound Check might turn in down in a not exactly pleasing way, causing all parties involved to possibly rethink about going for so much level in the first place.

That said, iTunes Radio hasn’t taken over the streaming world yet, and there are dozens of other services that don’t use a similar level regulating algorithm. In many ways, it’s still business as usual for mastering engineers everywhere, but at least we’re seeing progress on this front for the first time.

Bobby Owsinski is an author, producer, music industry veteran and technical consultant who has written numerous books covering all aspects of audio recording. Get the 3rd edition of The Recording Engineer’s Handbook here.

Read More
In The Studio: Creating Mood In The Mix

Bobby Owsinski is an author, producer, music industry veteran and technical consultant who has written numerous books covering all aspects of audio recording. To read more from Bobby, and to acquire copies of his outstanding books such as The Recording Engineer’s Handbook, be sure to check out his website at www.bobbyowsinski.com.
All Posts
PrevPreviousCrown Audio Appoints Phillip Scobee As Business Segment Manager, Tour Sound
NextPreSonus Introduces AudioBox Stereo Recording KitNext
Top Stories
Explore All Study Hall