In Focus: Necessity, Invention, And All That

On the fly mic techniques to capture the drum kit.

Countless articles and online forum posts over many years have been written on microphone techniques for drum kits, but most run along the lines of “insert favorite mic here” on every drum and add a stereo pair of pencil condenser mics as overheads and perhaps an additional mic on ride cymbal.

This approach does indeed provide the mix engineer with a lot of control over individual drum/cymbal volume and tonal balance, but at a cost: channel usage.

A typical five-piece drum kit with two overheads will require a minimum of seven input channels – eight or even nine channels if an additional bottom snare mic is employed for a little more “snap” and/or a ride cymbal mic also joins the party.

If the drummer has more toms, even more channels are required. I recently worked a show that used 13 inputs on the kit, while the rest of the band, including the vocalist, only required seven channels. Normally the higher channel count isn’t a problem, with consoles/mixers offering 16, 24, 32 or more inputs, but sometimes we get thrown a curve ball and there aren’t enough inputs.

A third stage at a festival my company worked years ago was supposed to only have small (mostly solo and duo) acts performing. Many of the performers were singing to tracks, while a few also played guitar. The riders showed the largest act on the bill would require six inputs (a trio with three vocals, two guitars and cajón). With our inventory stretched to serve the other stages, we opted for a small mixer with eight inputs with mic preamps as well as two stereo inputs for playbacks.

All was fine until I received a call on the comm to come over to that stage to help. It turns out that the “cajón” player showed up with a drum kit while one of the “guitar” players was actually a electric bass player, so what was supposed to be an acoustic trio with turned into a rock trio.

Knowing we needed three inputs for vocals and two for guitar and bass meant only three inputs were left for the drum kit. I placed a large-diaphragm mic on the kick, so there were two channels remaining. 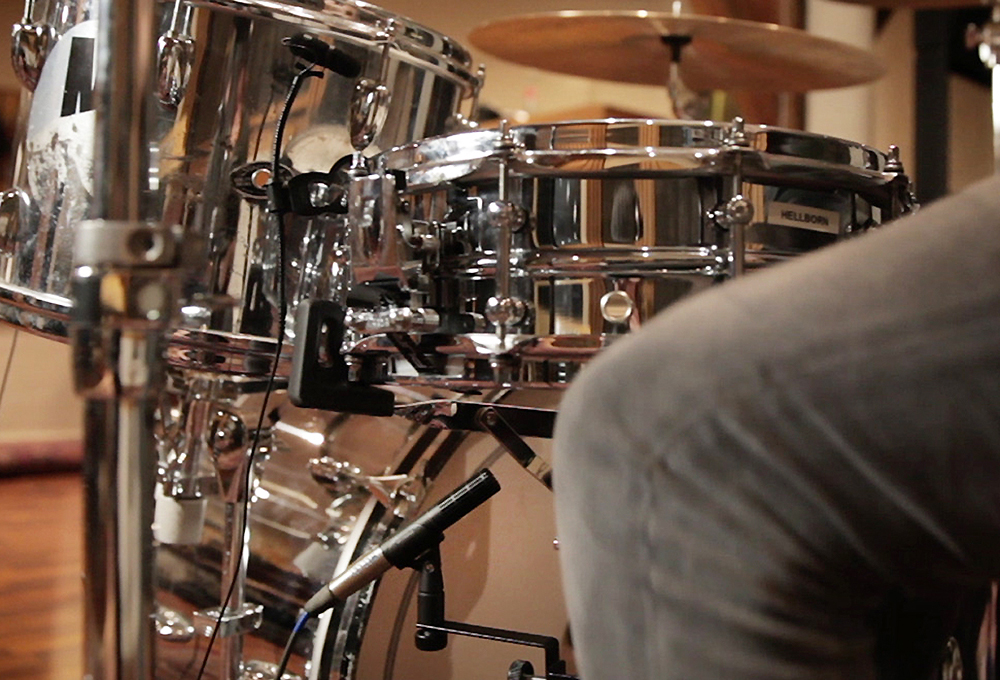 After listening to the drummer play for a few moments when he was setting up, I came up with a game plan: place a dynamic mic behind the hi-hat, pointing at the snare, and then position a condenser mic about four feet above the ride cymbal.

During sound check, our tech for the stage listened at the board on headphones as I adjusted the position of the hi-hat and overhead mics to capture a balance of the kit. He gave me a thumbs-up when he thought the kit sounded right. I stepped out into the coverage area to give it a listen over the PA, and was surprised at how full the kit sounded with only three mics.

Going To The Well

Since then I’ve employed “creative” mic techniques several other times. For example, there was a gig providing audio services for a concert association presenting educational concerts in a school auditorium for students during the day and a general admission show in the evening.

One of these featured a jazz trio and the group’s rider asked for just two mics, one on the kick drum and the other positioned behind the drummer just above his head and pointing at the drum set, basically picking up what the drummer was hearing.

I offered to mic the entire kit but they just wanted the two mics on the kit, so I set up a large-diaphragm model on the kick and positioned a small-diaphragm condenser behind the drummer, about a foot above his head and pointed at the rack tom. 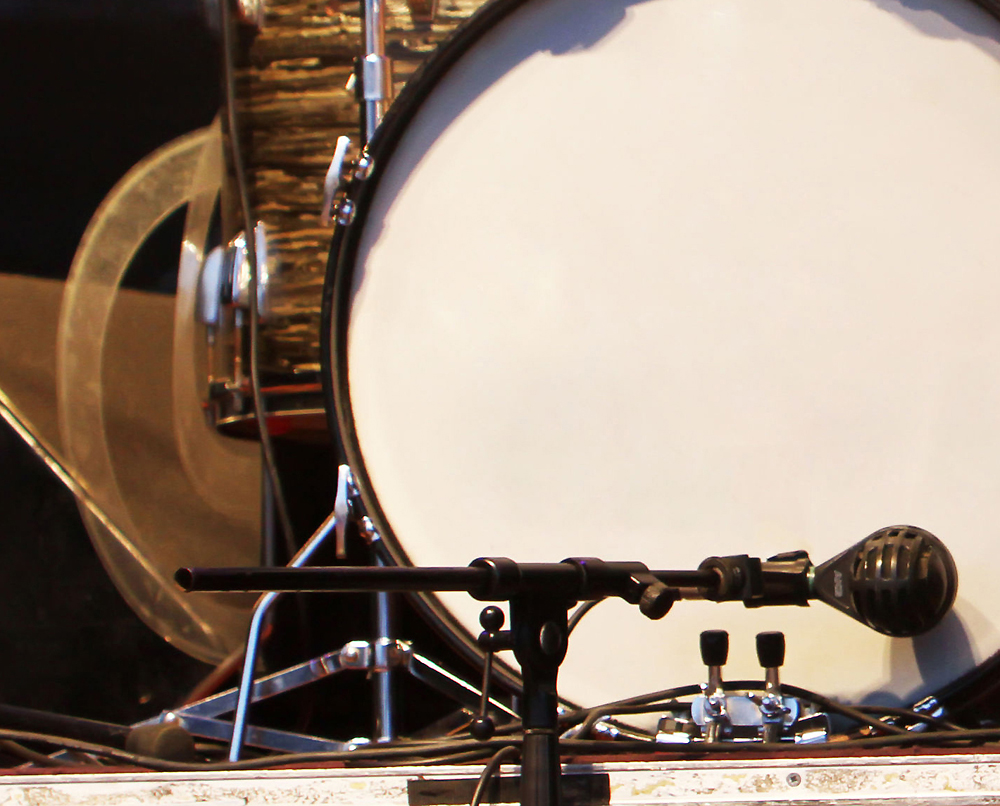 Then I inverted the polarity on the condenser, listened to the result, and was amazed at how natural the kit sounded. With very dynamic drummers in soft stage volume situations, this dual mic technique has consistently proven to work quite well. In fact, I’ve since used it for a few jazz acts in small theaters.

Another two-mic technique for jazz and acoustic acts picked up from a “senior sound citizen” several years ago has a large diaphragm mic placed high above the kit (like an overhead) and pointed down at the snare. Make sure it’s at least four feet above the snare so it picks up the toms and cymbals as well. Another large diaphragm mic is placed in front of the kit at the same distance away from the middle of the snare as the overhead is above it.