Sound designer/club owner John Lyons and EAW were able to use such a large cone by incorporating Powersoft’s patented M-Force moving magnet linear motor transducer technology into the cabinets, which enables more air movement with faster response time and no power compression.

The result is a clean, powerful sound in the lower frequency ranges. “It creates earth crushing sub bass,” states Lyons.

M-Force is a method of acoustic transduction characterized by a moving magnet and genuine push-pull behavior. This application of positive and negative electromagnetic fields allows for the motor to oscillate at an extremely high level. Powersoft states that it’s so powerful that if the motor were used outside of a loudspeaker system, it would be able to move with 1,000 pounds of force. 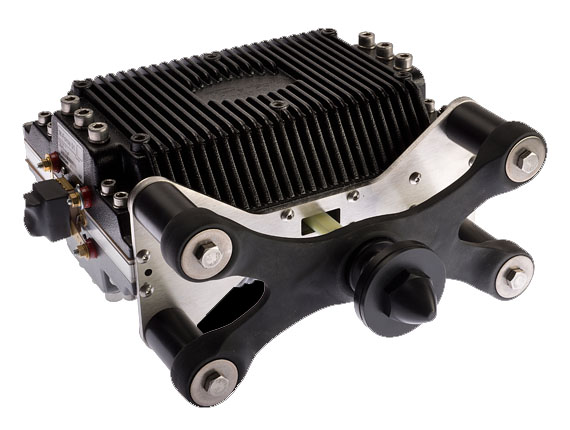 Each subwoofer cabinet also contains two Powersoft M-Drive modules, which are used to supply power for the M-Force motor, the cone, and the 12-inch woofers also contained in the custom design. An M-Drive module is able to generate 15,000 watts at 2 ohms.

Doing this adds to the “Avalon by EAW” CLUB.one system at Avalon Hollywood, which Lyons also designed in conjunction with EAW. The setup was unveiled at Avalon’s Grand Revel last year, replacing the original Avalon EAW system that can still be heard in hundreds of nightclubs around the world.

In addition to the new system, Avalon revealed a transformed entrance and lobby, and in the main room, an extended balcony provides great views and new VIP booths. Above, 150 high resolution LED panels now wrap the stage and surround the club. Adn throughout the venue, the original 1927 features have been retained and restored to their original luster.