How To Ruin A Mix: Stop – Enough Already With The Cymbals!

Maybe death metal engineers can get away with the constant drone of metallic hash noise, but for everyone else, please continue to read on...

The easy answer is yes, they deserve some of the blame. But they aren’t alone. For all but a very few gifted drummers, the sonic and transient impact of their cymbals seem to escape their sense of balance and blend within the context of their own kit, let alone their ability to blend and balance with all other voices and instruments.

Their playing style seems to be more about brute strength and muscle memory than listening to what’s going on around them. I imagine this subconscious thought process: “I’m hitting the snare and toms this hard, so I need to hit the cymbals just as hard, if not harder.”

I’m not a drummer (well maybe a little closet drumming back in the day), so I can’t speak to what drummers hear when sitting on their throne. It may be they don’t hear the dynamic differences from above the cymbals that the audience hears from below. I’m also pretty sure they’re not thinking about human hearing sensitivities based on frequency (Fletcher-Munson).

The reason for the kick, and most toms, is to produce low-frequency tonality with a short, metered, rhythmic punch. The snare delivers a short, crisp, lower-mid to upper mid-range pop or snap. But cymbals easily dominate at least four octaves with dense fundamentals and harmonics – smack in the frequency bands where our ears are most sensitive. And, their resonant decay is incessant, usually lasting much longer than the time that elapses before they are struck again, and again, and again.

The most common reason for using a drum booth is to contain all the energy coming off the drum kit. It’s like a giant 30 dB pad being wrapped around the whole kit so the FOH engineer has a fighting chance to place the individual drum mic levels where they need to be in the mix; for the arrangement, room, and audience.

Without a cage, things often get too loud real fast, and there’s nothing that can be done electronically to bring the volume down to an appropriate level.

How many times have you sat in the front rows of a church or small club and felt the overall band mix was pretty good? Well, if only the drummer played softer, and wow – the cymbals are killing me!

As I’m sure most already know, acoustic drum kits almost always set the bar for acoustic energy on stage. And in most small- and medium-size rooms, they usually set the bar for the whole room. By that I mean: if the un-miked drum kit averages 90 dB in the house, then every other instrument and voice needs to run at about 90 dB or more through the loudspeakers just to approximate a balance and blend. If you can’t turn the drums down enough (or at all) for a good mix, then the only option is to bring everything else up.

If you think about it, many drum cages could be eliminated altogether if the big three cymbal types were eliminated. At least the drum heads can be tuned and dampened to produce a rich, deep, punchy tone, with little ringing or decay. Try doing that to the cymbals. Most drummers will lose their minds.

What About Recording Cymbals?

I’m not suggesting never miking cymbals in a recording studio or for live tracking, where each channel can be assigned to separate tracks for post processing and mixing. I do, however, implore that if you have to put up overhead mics, keep them muted during all the loud and uptempo songs, or set to a very, very low volume in the main house mix. For me, leakage into the snare, toms, and other mics is more than enough.

Now, some may argue that the snare, kick, and toms are gated, so there won’t be much leakage into those mics. That may be true, but even if a little of the initial attack comes through, that’s usually all that’s needed.

Plus, there are probably any number of other open mics nearby. They will see enough of the transient energy to leak through. If a little more is still needed, try opening up the gating threshold and release time on one of the tom channels. 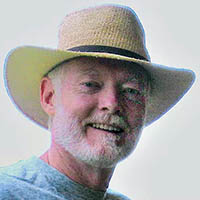 Michael Fay is owner/principal at GraceNote Design Studio, an audio, video and acoustic design consultancy; a sustaining member of SynAudCon; a member of AVIXA and the Acoustical Society of America; former Integration Division general manager and senior design consultant with Sound Image; and former editor of Recording Engineer/Producer (RE/P) magazine.
All Posts
PrevPreviousImproving Emotional Conductivity: Wielding Our Skills In Support Of The Art Of Music
NextChurch Sound: The Benefits Of Being A “Tech Ninja”Next
Study Hall Top Stories
Explore All Study Hall