While capturing quality audio is preferable, often it's how you fix problems with your video's sound which make all the difference.

Let’s admit it: It happens a lot.

Even when you pay careful attention to the audio you record for a video, and you used a good mic (you did use a good mic, right?), you can still end up with a bunch of background rumble and noise in your recording.

It happened some time ago at the video production company I work for.

They were shooting in a grocery store, capturing some interviews. They used a good shotgun mic, with good directivity to cut down on the ambient noise.

However, there were dreaded refrigerator cases all over the store, and if you listen carefully (and you have to because our brain normally tunes them out), you’ll hear the refrigeration compressors running.

Back in the studio, it sounds like a truck going by the whole time.

Because it’s a complex noise source, trying to run a noise reduction program on it probably won’t work well (and even when the noise goes away, it is often replaced by unwanted digital artifacts of the FFT process used to perform the noise reduction—but that’s another post).

However, we do have one tool in our utility belt that can help (actually two, I’ll get to the second, which should actually be the first, in a minute): Enter the high pass filter.

Super-basic HPFs are a simple on and off switch with a pivot frequency (the frequency at which it “passes” signal) and slope (how quickly it drops off the signal below the “pass” frequency) set at the factory. Better HPFs that come with higher level editors like Premier Pro and Final Cut allow you to select the pivot or threshold frequency.

Here is an example of an HPF with a threshold frequency of 120 Hz, and a slope of 12 dB per octave (that is, at the frequency 1 octave below the threshold—60 Hz—the level will have been reduced by 12 dB). 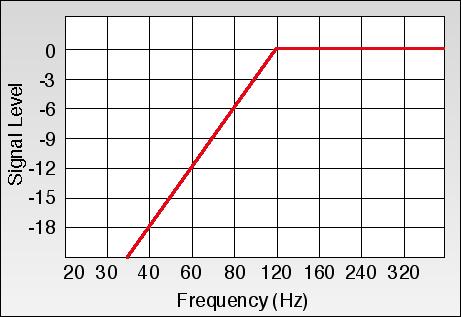 You can see how the frequencies above the threshold pass by unaffected, while the ones below get rolled off pretty quickly.

Mike has been involved with church sound and live production for more than 25 years, and is the author of the Church Tech Arts blog. Based in Nashville, he serves as the Maker of Magic for Velocity Pro Systems, which provides design-build production solutions for churches and other facilities.
All Posts
PrevPreviousWashington State Christian Life Center Selects Tannoy VQNET Full Range Speakers
NextARX Release MaxiDrive High Current Line Driver & Distribution AmplifierNext
Study Hall Top Stories
Explore All Study Hall