While some bands and musicians have conquered the DIY recording skills necessary to produce great-sounding tracks, some need your help.

Ways to Minimize Time in the Studio

Some people do want to record in the studio because they understand the quality they’ll get is better than what they personally can achieve individually. These individuals need to know how to make the recording process as efficient as possible so they don’t run up a huge bill. You might offer these suggestions:

Have the band of musician record themselves with a simple DAW or recorder-mixer to work out production ideas at home. See what works and what doesn’t so they don’t need to experiment in the pro studio.

Bring lyric sheets and charts with each song’s arrangement. Have them work it out prior to the session, then bring in charts as a memory aid in the studio. Also, make sure they bring copies of the lyrics and arrangements for the engineer.

Consider recording fewer songs. A 10-song album costs about half as much to record as a 20-song album. 10 great songs are better than 20 songs with filler. Practice until you can play without mistakes. Obviously, that saves studio time that is spent fixing errors.

Consider punching-in rather than fixing problem spots with editing. Often it’s faster to re-record a botched musical phrase than to correct it with copy-paste edits or volume changes.

If changes are to be requested based upon a mix that will be auditioned off-site, make sure the times of each change are noted. Finding a time location is a lot quicker than finding a particular lyric in the second bridge!

Fixing It In the Mix

By now, you have advised the band on ways to record well at home. Eventually, they will hand you a hard drive, flash card or CDs containing their tracks. It’s your job to take those raw recordings, clean them up, and add EQ and effects to make a super mix.

Let’s go over some tricks to achieve that goal. First, we’ll clean up the individual tracks.

Delete or mute parts of each track where nothing is playing. Those sections contain leakage and noise. Either slip-edit the beginning and end of each clip, or highlight unwanted sections and delete them. Another method is to use volume envelopes or automated mutes to silence the parts you don’t need.

Gate drum tracks to reduce leakage or to tighten up the sound. Here’s a typical procedure. Play and solo a tom-tom track that has a gate inserted. Gradually increase the gate threshold until the background leakage goes away, but you still hear the tom hits. Set the attack time fast, like 1 msec, and set the hold time for the desired amount of sustain on each note.

Some gate plugins have a setting called “lookahead time.” If you set it to 10 msec, for example, the gate opens 10 msec before the transient hit occurs. That lets you use a longer attack time (rise time) without losing the transient’s attack. 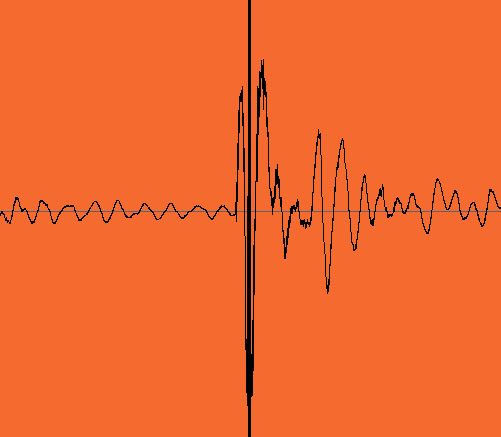 Figure 3. The waveform of a clipped kick-drum signal.

Because the tom head rings in response to the other instruments, there’s a low-frequency “cloud” over the sound.

Highpass filter every track. Insert a highpass (low-cut) filter in a track. Set Q to 1.7 and play the track. Start with the filter frequency at 20 Hz, gradually raise it until the sound thins out, then back off a bit. That removes noise and leakage below the lowest fundamental frequency of each instrument and vocal.

Read More
The Mighty HPF: Getting Up To Speed On This Absolutely Essential Mixing Tool

Fix clipped notes. Suppose a kick-drum hit is clipped and sounds crackly. Find the full-amplitude spike where the clipping occurred. Zoom way into the waveform until you can see the individual waves (Figure 3). One solution is to delete the clipped waveforms and add short fades into and out of the “hole” that is left (Figure 4).

Another solution is to create a clip (region) of those waveforms and lowpass filter the highs in that region. Some DAWs let you redraw the waveform in a smooth curve to remove the clipping. 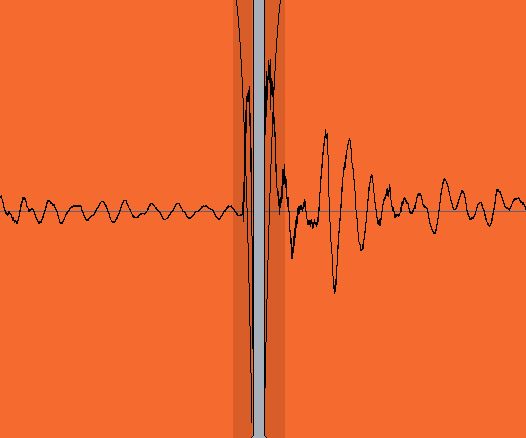 Figure 4. The clipped part of the waveform is deleted.

Filter out hum and hiss. Some EQ plug-ins have a hum-filter preset which inserts a comb filter starting at 50 or 60 Hz. Others have de-noise processing. A simple lowpass (high-cut) filter works well to remove hiss in a guitar-amp track. Try a Q of 1.7, and gradually bring down the filter frequency to the point where the sound gets dull, then back off.

Delete breath pops. Find a pop or thump in the vocal track. Zoom far into the waveform there until you can see the longer wavelength of the pop signal. Then highlight and delete it. Add short fades into and out of the deleted section. It’s amazing how well this works.

Some musicians record themselves with a portable stereo recorder. Here are some tips to improve a recording made on such a device.

Use an analyzer/EQ program such as Harmonic Balancer. This program can work wonders on stereo mixes that have a bad tonal balance. Har-Bal analyzes and displays the spectrum of a mix so you can pull down any over-emphasized frequencies that color the sound

Cut frequencies below 40 Hz or higher. There might be low-frequency rumble from trucks or air conditioning in the stereo mix.

Maybe add reverb. Many non-studio environments don’t have reverb with a long decay time, so you might add just a little reverb with 1.5 – 2.0 seconds RT60. That gives a more “commercial” feel. Try to filter the lows out of the reverb signal so the bass and kick don’t get muddy.

Widen or narrow the stereo stage. Plugins are available that create mid/side (sum/difference) signals from the left-and-right stereo signals. You can vary the amount of difference signal to expand or shrink the stereo image.

There you have a number of tips to enhance your customers’ tracks and to optimize those tracks when they record them. Recording remotely and mixing in the studio is becoming more common, so it helps to develop skills for this type of record production.