Following a summer on the shed circuit plus a sizable number of theatre gigs, Grace Potter is taking a turn into the fall season with what she calls her “magical midnight road show.”

A tour that steps out with synth sounds, sequencers, and arrangements that bear the fruits of her constant musical evolution and experimentation, the show still features her powerhouse vocals, albeit with an added conversational, and at times even funky twist.

It’s all in support of Midnight, her new solo album, and proves that beyond her reputation for belting it out as a gutsy rocker and ability to guest onstage with the likes of The Rolling Stones and Kenny Chesney, she’s willing to break out and take new chances.

Still backed by the rhythmic stylings of drummer/husband Matt Burr and other regulars from her band the Nocturnals, which includes lead guitarist Benny Yurco, Potter keeps her wheels turning with the help of a lean and mean production scheme provided by Nashville-based Morris Light & Sound.

“Over the years, we’ve benefited from an occasional bump upward in our budget,” production manager and monitor engineer Niles Anderson notes shortly before the act landed in Morrison, CO for its fall launch at Red Rocks Amphitheatre in mid-September. “Back in the day we were on PA du jour, console du jour, amps du jour, wedges du jour, you name it. We were like one step up from having to borrow someone else’s shoes in order to go out there and do the show. 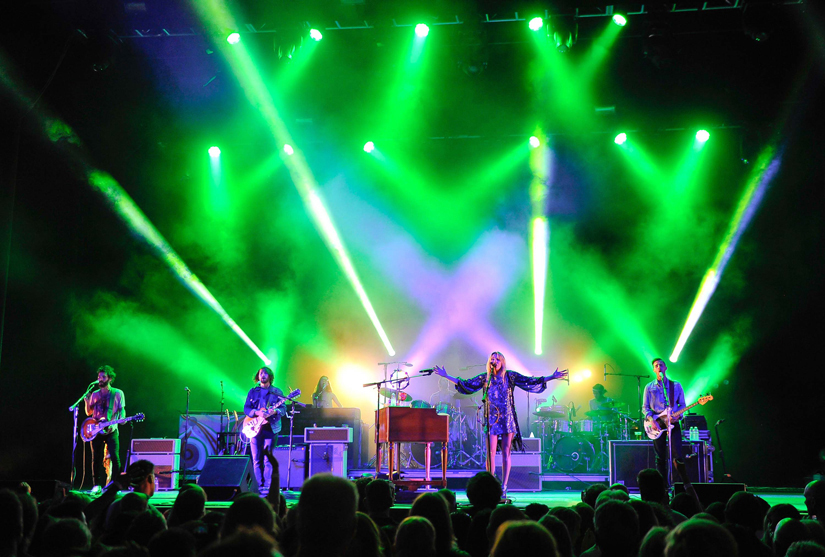 Grace Potter and band back
on the road this fall with a compact touring package provided by Morris Light & Sound.

“Fortunately, those days are past. PA du jour may still be the order of the day for us, but now we’re packing our own front-end, and that has given us both better consistency and an amazing increase in audio quality.”

Lean & Mean
By design, the tour travels extremely light, for both efficiency’s sake and good economics in these frugal times, all without sacrificing performance. Things are so spare, in fact, that when the band pulls into a venue, local stagehands keep looking for the rest of the caravan after only two buses show up, each with a 16-foot by 8-foot trailer in tow.

“We definitely had to think about our footprint on this one,” Anderson says. “I mean, two buses, two trailers, that’s it. All of our audio has to fit into this, along with all of the backline, plus a floor package of lighting. We have a sum total of six cases of audio, which includes a snake case and the audio split, and a cable trunk. Morris did an exceptional job packing us. Give us a place to plug-in, a PA, and some drive lines, and we’re good to go.” 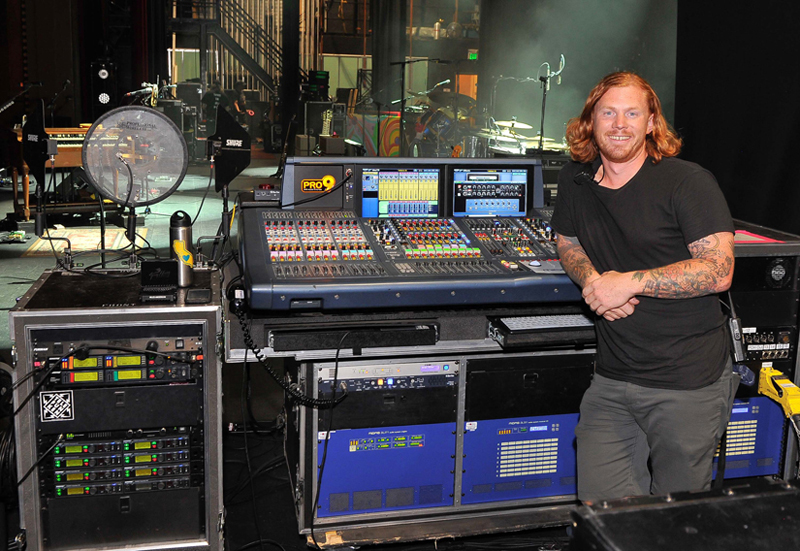 Production manager and monitor engineer Niles Anderson orchestrates events on stage from behind a Midas PRO9.

Joining Anderson on the tour is front of house engineer Samuel Leonard. In keeping with the less is best philosophy of things, the only other crew members to be found are guitar tech Joseph Fantucchio and drum tech Jimmy Mullins.

As an aid to maintaining a svelte equipment profile without sacrificing audio quality, both Leonard and Anderson rely on Midas PRO Series consoles. Out front, Leonard orchestrates the house sound from behind a PRO2, while Anderson pushes the faders of a PRO9 onstage.

Gregory A, DeTogne is a writer and editor who has served the pro audio industry for the more than 32 years.
All Posts
PrevPreviousGeorgia’s Woodstock City Church Selects Waves
NextDave Darlington: Mixing in ManhattanNext
Top Stories
Explore All Study Hall