Getting The Most Out Of Impedance Measurement Testing

To determine the input impedance of a device, both the voltage across the device and the current flowing into the device must be known.

The impedance is simply the voltage across the device E, divided by the current flowing into it, I.

This is given by the following equation:

It should be understood that since the voltage, E, and the current, I, are complex quantities the impedance, Z, is also complex. That is to say impedance has a magnitude and an angle associated with it.

When measuring loudspeaker input impedance it is common today for many measurements to be made a relatively low drive levels. This is necessitated because of the method employed in the schematic of Figure 1.

In this setup a relatively high value resistor, say 1 Kohm, is used for Rs. As seen from the input of the DUT, it is being driven by a high impedance constant current source. Had it been connected directly to the amplifier/measurement system output it would in all likelihood, be driven by a low impedance constant voltage source. 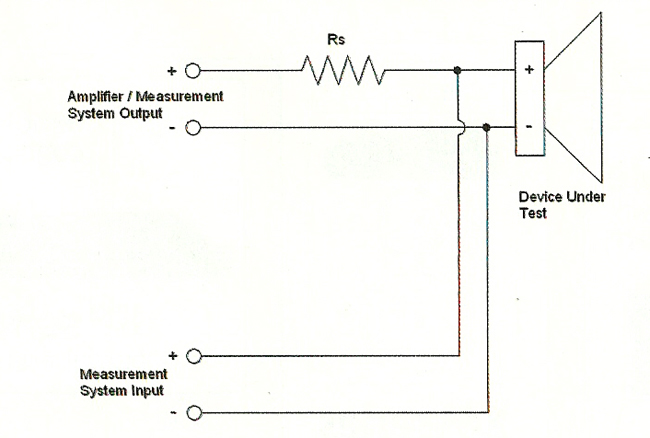 Figure 1: Schematic of a common method of measuring loudspeaker impedance. (click to enlarge)

In both of these cases constant refers to there being no change in the driving quantity (either voltage or current) as a function of frequency or load.

When Rs is much larger than the impedance of the DDT, the current in the circuit is determined only by Rs. If the voltage at the output of the amplifier, Va, is known this current is easily calculated with the following equation and is constant.

Now that we know the current flowing in the circuit, all we need to do is measure the voltage across the DUT and we can calculate its input impedance. There is nothing wrong with this method. It is limited, as previously mentioned, however, in that the drive level exciting the DUT will not be very large due to the large value of Rs.

For some applications this may be problematic. Loudspeakers are seldom used at the low drive levels to which we are limited using the above method. It may be advantageous to be able to measure the input impedance at drive levels closer to those used in actual operation.

If the current in the circuit can be measured rather than having to be assumed constant this limitation can be avoided. Using a measurement system with at least two inputs, as shown in Figure 2, can do just that. 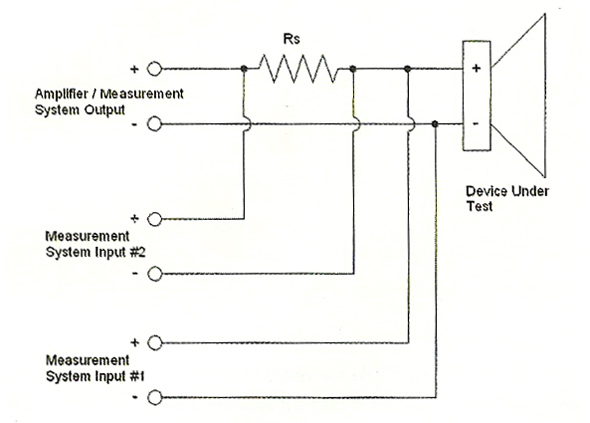 Figure 2: Schematic of an alternate method of measuring loudspeaker impedance. (click to enlarge)

In this case Rs is made relatively small, say 1 ohm or less. This is called a current sensing resistor. It may also be referred to as a current shunt. Technically this is incorrect for this application, because a current shunt is always in parallel with a component from which current is diverted.

The voltage drop across Rs is measured by input #2 of the measurement system. The current in circuit is then calculated using equation:

The voltage across the DDT is measured by input #1 of the measurement system. We now know both the voltage across and the current flowing into the DUT so it’s input impedance can be calculated.

Read More
Subjective Versus Objective: If It Sounds Good, Is It?

I used EASERA for the measurements. It has facilities for performing all of these calculations as should most dual channel FFT measurement systems.

All we have to do it multiply our dual channel FFT measurement by the value of Rs used and we get the correct value for impedance. If Rs is chosen to be 1.0 ohm this becomes really easy.

Charlie Hughes has worked at Peavey Electronics and Altec Lansing, and currently heads up Excelsior Audio Design & Services, a consultation, design and measurement services company based near Charlotte, NC. As a loudspeaker design engineer, he's devised more than 60 products and has been issued five patents, and he's also helped to develop and implement a sophisticated multi-axis rotation mechanism to aid in the measurement of loudspeaker directivity. He’s also a member of the AES, ASA, CEA and NSCA.
All Posts
PrevPreviousIn The Studio: A Review Of The Apple Thunderbolt To FireWire Adapter
NextHal Leonard Publishes Power Tools For Pro Tools 10Next
Study Hall Top Stories
Explore All Study Hall