Getting Started: A Plugins Primer

Mixing with plugins is incredibly rewarding, especially as you learn how to use them more efficiently

Have you thought about just how much processing power we, as mix engineers of the digital age, carry around in our live rigs, even in the most simple setups – and what that processing power would look like represented in outboard gear?

A few years ago, adding any level of expanded capability, let alone having the luxury of adding “flavor” to a console, involved a great deal of effort. You’d need to carefully select the amount of outboard gear to be carried and then deal with the collateral of multiple outboard racks requiring power, patching, and maintenance throughout a tour.

Building racks was (and still is) an art form, a well-stocked selection being something which any good audio engineer can recognize from a mile away.

Having started my professional career at the very tail end of analog desks and outboard processing being the standard (my first tour in 2003, mixing the first of two openers, spoiled me with a Midas XL4, though I only had access to the last six channels and a couple groups’ worth of comps), I was taught very early on the importance of carefully selecting outboard gear.

In most situations, I wouldn’t have the rows upon rows of rack space that most of the engineers I was looking up to at the time had with them on the road; I needed to be a lot more careful with my choices for both budgetary and space reasons. (For the record, my limited carry-on space was dedicated to a pair of dbx 160 compressors and a good EQ for lead vocal.)

Fortunately, those limitations are virtually gone with digital consoles and plugins replacing analog gear, and the cost of plugin licenses for most major platforms continues to drop. So if you’ve been considering adding some plugins to your toolkit, now’s a great time. It’s never been easier and more cost-effective to acquire a basic plugin library that can be used to help build mixes with a substantial amount of extra character. 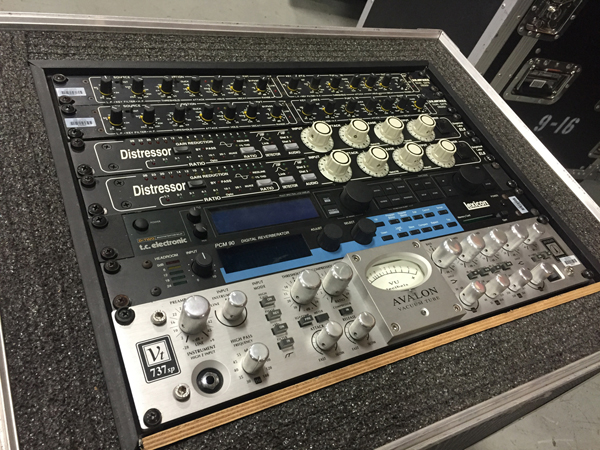 A rack of analog outboard components.

Let’s take a look at the basics of putting together a small but useful collection of plugins (even if you’re on a relatively tight budget), as well as mixing with them. It can be surprising just how inexpensive and easy it is to get up and running.

I’ll be talking about Waves a lot, mainly because it’s the biggest name in the plugin market and the one that’s utilized most frequently. However, there are some equally great plugins and packages out there from sources such as Universal Audio and McDSP.

Making Selections
We’ve come a long way since 1992, the year the first audio plugin was introduced (Waves Q10). Back then audio software wasn’t considered nearly as serious a product as the hardware counterparts it was trying hard to emulate. Modeling of both effects and processing had a ways to go.

Now, technology has improved dramatically so that it’s not even a remote concern – even less expensive plugins can offer stellar performance, favorably comparable to lower-quality analog gear available in the same price range.