The Syracuse NY AVL integration company is five years old and specializes in house of worship installations. Discussing the project, company principal and design engineer for TSH Timothy S. Harris explains: “This was an upgrade of the existing audio system with the addition of new projection and updated video capabilities.

“In 2004, the church sanctuary had a lightning strike and burned down,” he continues, “so they rebuilt the space but the original PA system started to fail over time plus it had a negative visual impact on the space as well. 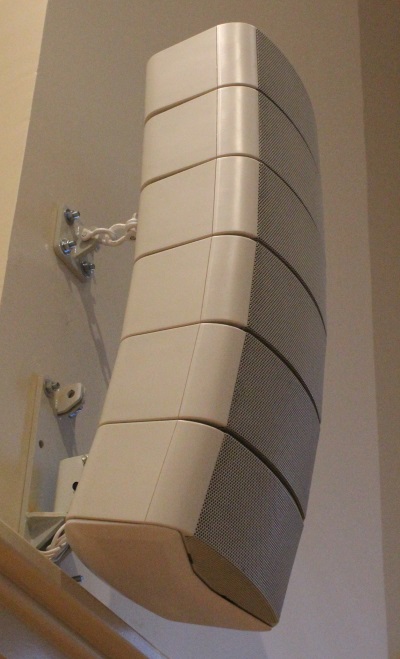 “In terms of audio, they had hung two large speakers from the walls which never really worked in what is a very traditional church aesthetically with stained glass windows and side windows and a cross over the altar, so they wanted a sound system that provided exceptional audio clarity along with a streamlined and clean-looking appearance. That’s why we chose the Martin Audio O-Line modular micro line array system for this install.”

The sound system consists of six flown O-Line boxes a side with a Martin Audio DX4.0 advanced loudspeaker controller and Labgruppen E-10:4 amplifiers. According to Harris, “there’s a port for a powered sub in the future but no sub because this is a very spoken word system. In addition to the pastor and other speakers, the church has a pipe organ in the balcony and a choir that is miked.”

Asked about reactions to the new PA system, Harris points out, The church loves how it sounds. The O-Line system is a night and day difference from the original PA. Most importantly, the sound for spoken word is a lot clearer and easier to understand. The church has an older congregation and during the first two services with the O-Line, no one had any issues with hearing or understanding what was going on. 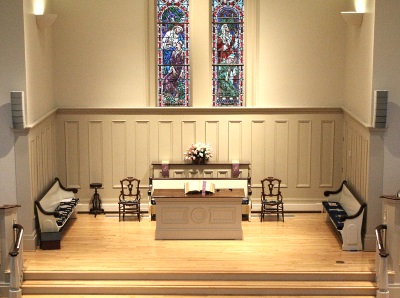 “I appreciate the system’s scalability coupled with the DX4.0’s processing capability. With the Display software, it’s almost like having MLA in a small box. It basically puts the audio where it needs to go with the audience and keeps the sound from splashing off the back walls or the front of the balcony.”

Summing up, Harris concludes, “plus the fact that O-Line is so compact and visually unobtrusive was a big deal for the church because they really didn’t want big black boxes hanging down and getting in the way. In fact, no one even noticed the speakers or the projectors hanging from the ceiling until the Pastor said something about the sound and lighting during the service which is really good for us and everyone.”