So what are those criteria?

This is a repetitive business – shows get built, trucks get loaded, shows get done, trucks get un-loaded, gear gets checked and put away. With all of that repetition it can be easy to fall into a pattern of just accepting this as the way it is.

The trick is to keep an eye open for things that are always, or nearly always, the same. If the same bunch of things get put in the same case every time they leave the shop, maybe they can stay in that case.

In that instance, the labor component shifts from putting all of those items into that case to checking that all of the items are in that case when it goes out and when it comes back in.

This also has a positive impact on storage space. Instead of having to store the empty case and the items separately, they now can be stored in the case alone. 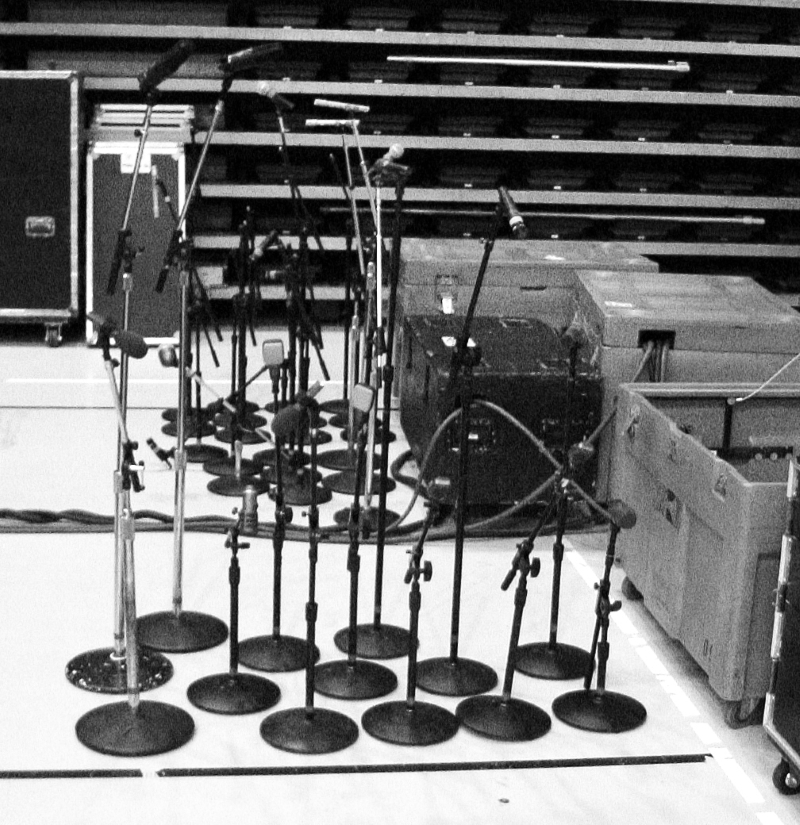 There’s beauty in organization when it comes to gear deployment.

There must be enough inventory to allow you to leave the standard packages intact, always, while meeting daily needs. If the company has 67 mic cables, there’s no point in committing 50 of them to a standard case if that case is going to be raided every other day.

It’s vital to commit to the idea of keeping the package intact, and this can mean looking for ways to utilize the package where perhaps it wouldn’t have been used in the past. Sometimes this may also mean sending more gear than what was requested.

For example, one busy summer day I got a call from a competitor who needed to cross-rent several pieces of gear for an FX rack. The list came to about two-thirds of the gear in one of our concert FX racks.

The rack was available, and I could have told someone to pull those items, but instead I said, “Look, I have that stuff in a rack with some other gear. What I’m going to do is rent you the pieces that you’re asking for at the usual rate, but give you the whole rack (including I/O patch) on the understanding that you send it out intact.” Which is what happened.

In that case, the rental cost us maybe 15 minutes of prep time to check over the rack, instead of however much time it would have taken for a staffer to pull the gear, put it in another rack, and reverse the process when it came back – well worth the “free” gear that went out with the package.

As an aside, that rental was for an act that one of our regular freelance techs mixed for. When it came back the following Monday, there was a piece of board tape on the rack with a note from the tech, who had scrawled: “Ike, thanks for making my life that much closer to perfect!” I pulled that strip of tape off and stuck it on the lip of my desk, where it stayed until the day I left the company.

With the same gear in the same cases on a regular basis, your regular freelance crew and even house crews at local venues will soon pick up on it. Load-ins in particular will become faster and more efficient if the same cases have the same items in them week after week.

It also means those same items are more likely to go back into those same cases on the out, which makes them easier and less labor intensive to check in. It’s kind of like bringing a touring mentality to one-off gigs.