In October of 1991, I left my job as a maintenance technician in a large recording studio complex for a position as senior manager of a large sound, lighting and staging company.

It wasn’t a total leap as I’d worked for the same company in the early 1980s both as a sound tech and manager of the manufacturing department.

It didn’t take long to figure out that there were some significant challenges in the operation.

One thing that everyone seemed to agree on was that the shop folks couldn’t pack a show to save their lives. It was something that I had to quickly get out in front of, and in so doing, I developed a number of strategies for ensuring that the shows and rentals got out the door efficiently and with everything required.

Read on to see for a random sampling of some of those strategies.

The company had a color code system for microphone cable lengths, a good thing. But there were no standard cable lengths so the color code was being used to identify cables of any length.

For example, a cable that was 15 feet long might have three bands of the 5-foot tape color, or one band of the 10-foot and one of the 5-foot color, and this was for cables marked in 5-foot increments, ranging from 5 feet up to about 130 feet. (I remember we had one 45-foot mic cable.)

Now imagine packing 50 mic cables for a show if they can be any of the lengths mentioned above, how much time it would take to list them all, etc. So I decided that we were going to have four lengths of mic cable: 10, 25, 50 and 100 feet. This provided some “busy work” for a few weeks as staff cut existing cables down to these lengths. 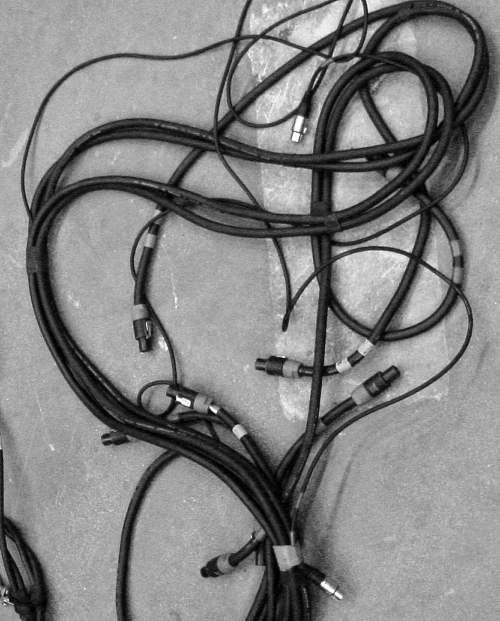 Regardless of type, it can be useful in a number of regards to standardize cable types, sizes and storage.

Nothing was wasted, cables were cut to the nearest length, or whatever combination was the most efficient, such as a 60-foot cable becoming a 50-foot and a 10-foot cable. Anything less than 10 feet became a “patch cable.” This one move sped up the packing and checking in of shows amazingly.

While the above was being sorted out, I would regularly ask any returning crew how their shows went. Frequently the response was, “Pretty good, but we almost ran out of mic cables.” When I responded with, “Really? I gave you 50 on the pull sheet, did you get 50?”

The response was, “Yes, but by the time we got the two consoles patched, the stage patched and the intercom run…”

I had two immediate responses. First, I started specifying an “output whip” with every console as a line item. This was one or more 6-12 pair (depending on the size of the desk) XLR snakes with tails on each end to connect the console to drive racks, talkback feeds, media feeds, and so on.

Second, I specified the intercom cable as a separate list. Looking back, these seem like some pretty basic “duh” changes, but at the time, there were virtually no procedures in place to deal with any of these types of issues.

Read More
Sound Is Essential: Making Sure Everyone Understands It's A Vital Piece Of The Puzzle

After a year or so had passed, I found that we were often allocating 50 mic cables and three 12-pair stage snakes for our concert shows. I thought, “Why not have a few standard mic cable kits that would stay together all of the time?” 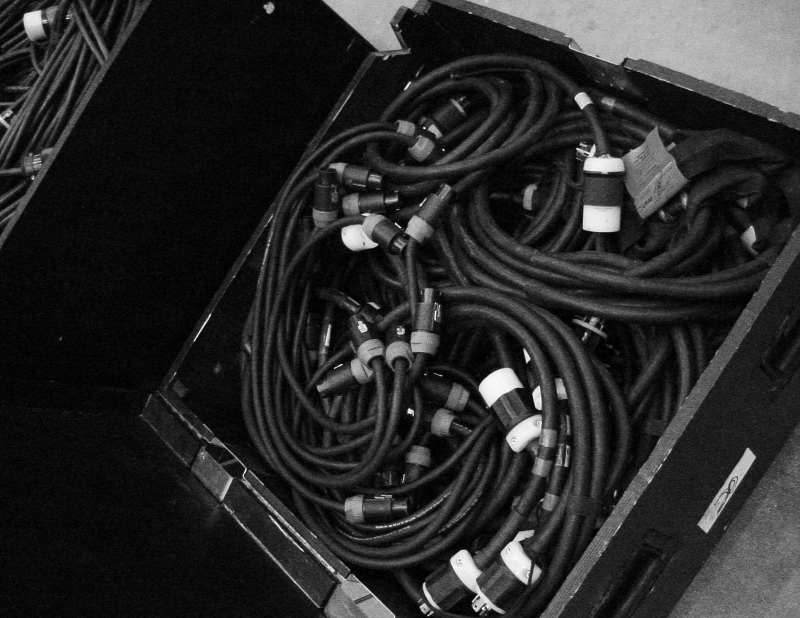 A standardized pack concept with all common show items can make a big difference at the shop and at the gig.

Out of this came three 2-foot cube cases that had 10 x 10-foot, 35 x 25-foot, and 5 x 50-foot mic cables as well as 1 x 100-foot, 1 x 75-foot, and 1 x 50-foot 12-pair stage snakes. The cases were checked and sorted on return and then left intact between shows, ready to go at a moment’s notice. If a show required more cables, we’d start with a standard case and then add to it, with the extras being removed upon return.

What about a really big show, say, a festival? Send two or even three cases. The last I heard, these cases were still intact and in regular use some 20-plus years after they were put in service.