“The sound is so clear. It’s eerie on how clear mics were as it on the same stage. You know it, but it hits you when you hear it” —Amit Peleg 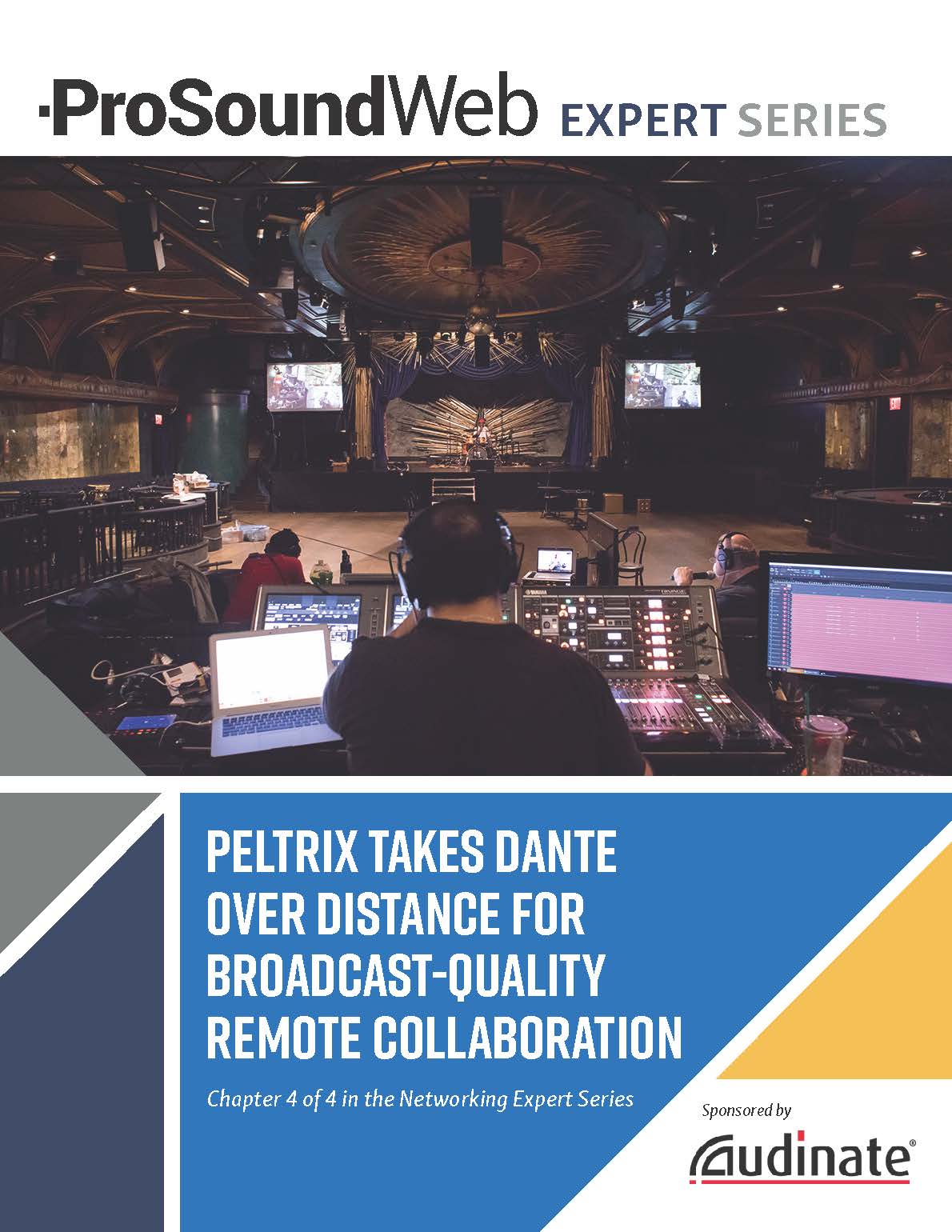 Chapter 4 of 4 in the Audinate Dante Domain Manager Expert Series, “Peltrix Takes Dante Over Distance For Broadcast-Quality Remote Collaboration” is now available for free download (below).

Amit Peleg of Peltrix, a leading audio video design and integration firm, set out to build a system that would let musicians in different locations collaborate in real time. He envisioned a seamless connection for technicians, with full access to all sources across properties for professional production. He wanted latency low enough for musical collaboration. He also wanted to avoid relying on a cloud service with something that could be managed directly.

The ProSoundWeb Expert Series on Networking is presented by Audinate and features top authors from ProSoundWeb and Live Sound International magazine.

Audinate Group Limited (ASX:AD8) has a vision to pioneer the future of AV. Audinate’s award winning Dante AV over IP networking solution is the worldwide leader and used extensively in the professional live sound, commercial installation, broadcast, public address, and recording industries. Dante replaces traditional analogue cables by transmitting perfectly synchronized AV signals across large distances, to multiple locations at once, using nothing more than an Ethernet cable. Audinate is headquartered in Australia and has regional offices in the United States, United Kingdom and Hong Kong. Dante technology powers products available from hundreds of leading audio partners around the world. The company’s ordinary shares are traded on the Australian Securities Exchange (ASX) under the ticker code AD8.Dante and Audinate are registered trademarks of Audinate Holdings Pty Ltd.