With their small size and light weight, they can be problem solvers in a wide range of applications...

For decades, dynamic microphones were the only choice for live applications due to their ruggedness. Live engineers didn’t want to take delicate, expensive condenser mics on the road.

All of that’s changed now that condensers have been made more robust and roadworthy, and they’re quite capable of handling a wide range of live applications.

First let’s explore the inner design. A condenser (or capacitor) capsule has a very thin, light, conductive diaphragm and a metal backplate mounted a few thousandths of an inch apart (Figure 1).

They’re charged with static electricity to form two plates of a capacitor. When sound waves strike the diaphragm, it vibrates. This varies the spacing between the plates, and in turn, this varies the capacitance and generates a signal similar to the incoming sound wave.

Because of its lower diaphragm mass and higher damping, a condenser responds faster than a dynamic to rapidly changing sound waves (transients). 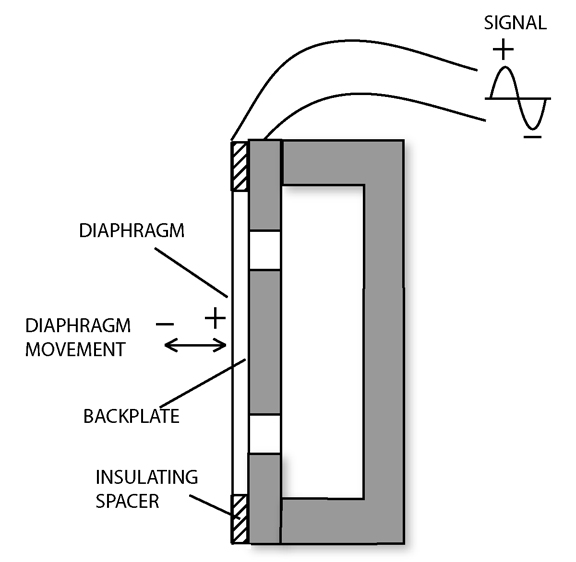 Figure 1: A look at the design of a condenser capsule.

The power supply can be an internal battery or phantom power. Phantom power is 12 to 48 volts DC applied to pins 2 and 3 of the mic connector through two equal resistors. The microphone receives phantom power and sends audio signals on the same two conductors.

Ground for the phantom power supply is through the cable shield. Nearly all mixing consoles, mic preamps and audio interfaces supply phantom power at their mic input connectors – simply plug the mic into the mixer and turn on phantom power.

Of course, different mic designs – condenser, moving coil, and ribbon – differ in the way they convert sound into electricity. Of the three types, the condenser transducer generally has the widest, smoothest frequency response and the highest sensitivity. It tends to provide a natural, detailed sound, and it produces a strong signal that overrides mic-preamp noise.

Miniaturization is a key benefit of condensers. Try to shrink a dynamic or ribbon design and the magnet gets too small to produce enough flux for a strong output signal. Compared to a dynamic with its moving coil and multiple air cavities, a condenser has a relatively simple construction and higher sensitivity, so it can be miniaturized to 1/4-inch and even 1/8-inch in diameter and still be useful.

Self-noise tends to be higher with small-diameter mics, but they’re typically placed very close to their sound source so they still produce a high signal-to-noise ratio.
Since condensers can be made very small, they can be inconspicuous and light in weight, so they’re ideal for numerous live applications.

Drums
Probably the first use of condenser mics in live concerts was for cymbal overheads. Cardioid condensers such as the AKG 451 or Shure SM81 have an extended high-frequency response up to 20 kHz and a sharp transient response that makes these mics a natural for picking up cymbals. 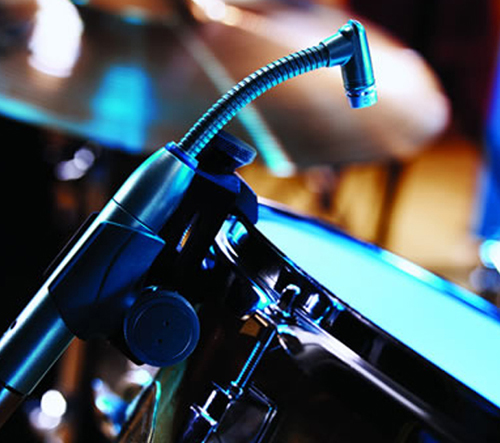 
Over the years, engineers have added numerous dynamic mics to the drum kit to capture the toms, snare, and kick separately, resulting in a forest of boom stands surrounding the kit.

Fortunately, in 1987 Shure introduced a tiny clip-on cardioid condenser mic – the SM98 – that could be clipped to individual drums. Although cardioid condenser mics of small size tend to roll off in the lows, an EQ circuit in the mic’s preamp boosts the bass, resulting in a full sound from a tiny mic. Proximity effect helps as well. The latest incarnation of that mic is the Shure Beta 98AMP, which has an integral gooseneck and preamp (Figure 2). A special clamp holds the mic onto a drum rim. 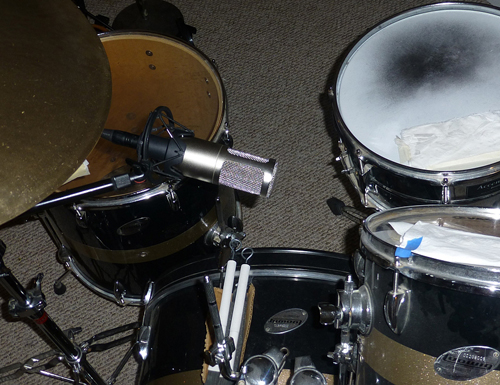 Figure 3: A single-mic technique for a drum kit.


Some live engineers hate the hassle, complexity and potential phase interference of multiple drum mics and are getting back to simpler methods, such as the one-mic technique invented by engineer/producer Tchad Blake: take a large-diaphragm cardioid condenser mic and mount it over the kick drum top, aiming at the snare drum (Figure 3).

The single mic picks up a decent balance of the snare, toms, kick and cymbals all around it. The balance can be tweaked by moving or rotating the mic, and raising/lowering the cymbals. There may be some off-axis coloration of the cymbals depending on the mic model and position, but in my experience it’s not too serious.