Production insights, philosophies and approaches of the musician scientists who write, produce, mix, master, tweak and fix almost every detail of some of the most creative, innovative music out there today

This exclusive article is provided by AudioFanzine.

Innovators, geek tricksters, obsessive-perfectionists, un-serious, electronic-rock geniuses? Time will tell, yet The Legend of the Black Shawarma, Infected Mushroom’s 7th album release will certainly grab the chair from underneath you and leave you thinking – I’m not sure what was this meticulous musical chaos, but I can’t stop moving even after the track has finished.

Hailing from sunny shores of Israel, now based in another sunny city, Los Angeles, the sun always seems to shine in Infected land, the core of which is Erez Eisen and Amit Duvedevani.

But seriously, between the hard-earned success, the mess, the nuclear shows, the private jokes you will find two very do-it-yourself kind of musician scientists who write, produce, mix, master, tweak and fix almost every detail of their music.

It was only fitting then that Audiofanzine (AF) ask the obvious: How do you make that sound?

As we brushed off the cobwebs with a morning coffee in Paris, Eisen joined us late at night from his studio in Los Angeles to tell us the production tales of Infected Mushroom. Enjoy.

AF: Can you quickly present the band? Who’s doing what?

Eisen: We started – my partner Amit Duvedevani, known as Duvdev, and I, Erez Eisen, in 1996, doing some horrible music.  Now, today, we are like a big band you know, not so big, but we have a drummer named Rogerio Jardim – he’s a great drummer from Brazil, he lives in America now. We have an Israeli guitar player Erez Netz, which is considered one of the best electronic guitar players, the best in Israel. We love him. And also Thomas Cunningham, a young kick-ass guitar player from America who performs with us. This is Infected Mushroom. 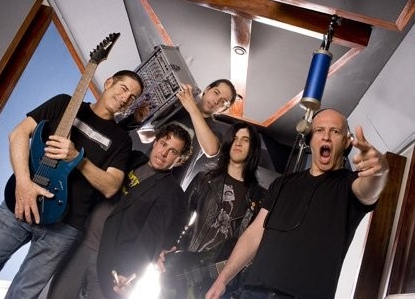 AF: What do you consider to be your influences? You’re using some ‘metal’ gigs and some ‘jazzy organs’ on the same tracks, some hip-hop influences, some Spanish music influences…

Eisen: It’s always changing, you know. It started with electronic like Psytrance bands, which is Simon Posford, known as Shpongle as well, also Hallucinogen. At the time we liked X-Dream, Etnica, many other bands from this genre. These are the main ones. And slowly through the years we became open to everything. We are listening to radio and MTV, not as it is today, horrible, but how it used to be with more heavy metal stuff. Even if it is hip-hop sometimes, a few Jay-Z tracks, it can be nice. Maybe we don’t like the whole concept but we like some ideas. We try to just have fun in the studio basically and to be as creative as we can.

AF: Your style has changed a lot in the past few years. When you go back to your old tracks and you listen to them, what are your thoughts?

Eisen: The Gathering, which is the first album as Infected, I tend to think that is has a few decent tracks for me. I think Tommy the Bat is one of them, and a few others, but the production is horrible. I’m not so proud of it, let’s say. But, you know, I was 16 I think when we did it. So it’s OK. 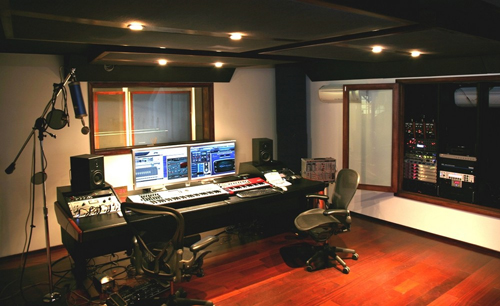 AF: Do you begin making a song in your studio or sometimes you need to go to someplace else to get inspired?

Eisen: No, it’s always in the studio. We tried doing tracks on the road, but we never did one. Sometimes we come with just no ideas into the studio and we just decide on a BPM, usually it’s just 145, and we just start kick, bass line, and somehow looking for sounds and stuff. Sometimes we are lucky, everything goes smoothly and we have a track going on very fast, and sometimes we get stuck like a week on a track.

AF: I know what you mean. I have been stuck for 10 years now.

Eisen: When we are stuck, I wanted to kick myself sometimes, I wanted to say “that’s it, I cannot do anymore music, I have no more ideas”, but then Duvdev said “let’s see it as a fight in the studio”, like a video game- there is a level that is really hard to pass, and you keep trying until you move to the next level. So this is how we see it these days and it really helps. For us, when we have these horrible days we just give it a fight. Sometimes it’s the lyrics. Duvdev comes in with lyrics, and from there we get something- which is much easier. Every time it’s something different.

AF: What would you consider to be your biggest challenge as a band?

Eisen: We always have challenges. I guess the first big challenge was to make the band happen, to find the guitar player, to find the drummer, to write the parts for them, because the tracks are already kind of busy for us, and we didn’t want to make it noisy for the live show. It’s kind of hard, in the beginning, to think about what the guitar player would play that will not sound too busy, and how to add a drummer that will not create too much of a mess. 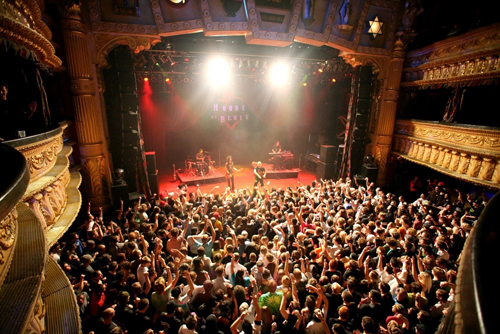 AF: In the studio you can create and produce music under ideal conditions. It then becomes a challenge to re-create that sound on stage. How do you approach that?

Eisen: Yeah, for stage we try to have a little bit more bass, this feeling that you have a big speaker and you want to feel the bass, not just hear it. This is very important. And for the rest of the frequencies we try to make it as good as we can compared to what we had in mind in the studio- which never happens, by the way. With our luck, we go to horrible sound systems most of the time. It’s always a challenge to do a proper sound check.