On December 26, ESI Audio (Tampa, FL) gained the distinction of being the first sound reinforcement company in North America to deploy the new L-Acoustics K2 system.

ESI gave the rig its first official workout at “The Gift,” a one-day EDM festival staged outside Tampa’s Raymond James Stadium and touting deadmau5 as the headlining act.

To properly cover more than 12,000 enthusiastic dance music fans packed onto the parking grounds of the Buccaneers’ home turf, the ESI crew deployed a system featuring left and right arrays each comprised of 18 K2 enclosures. For the generous low end that EDM requires, three dozen SB28 subs were ground-stacked across the front of the stage in blocks of 12—four wide by three high.

“K2, in one word, is amazing!” says ESI Audio president Erick “Otto” Celeiro. “The sound quality for ‘The Gift’ was astonishing and the coverage was incredible at 400 feet linear through the plane. K2 is also the easiest system I’ve ever flown. V-DOSC has been my favorite box for many years, and K2 brings that familiar tone along with improvements in rigging, weight and flexibility.

“After the festival,” he continues, “compliments came in from all directions, including the promoter, video and lighting company, audience members and deadmau5’s production manager. Everyone was extremely pleased.”

Although ESI has used a variety of systems over the years, Celeiro has always considered L-Acoustics to be his company’s top choice. “We originally contacted the manufacturer with K1 in mind, but when the initial reports on K2 first came out, we were tremendously excited,” he states. “Even before we saw or heard it, based on our love of V-DOSC and L-Acoustics’ track record of excellence, we were immediately confident that it was the right box for us—and it is.

“In fact, we’ve already submitted an order for 24 more because we very strongly feel that K2 is our future for regional and touring sound. This PA is incredible. It’s the best investment we’ve ever made.”

“The Gift” was also served by an L-Acoustics monitor package comprised of three KARA stacked atop two SB18 per side and powered by an additional pair of LA8. This particular configuration matches the specific rider request of Joel Zimmerman—better known as “deadmau5”—as well as many other top EDM superstars.

Founded in 1996, ESI Audio made its first L-Acoustics investment in April of 2012 with a 115XT HiQ monitor package for a Gavin DeGraw and Colbie Caillat tour. Since then, the company has gradually been adding L-Acoustics gear, with the most recent purchase consisting of 36 K2, 12 KARA, 16 SB28, four SB18 and six LA-RAK. 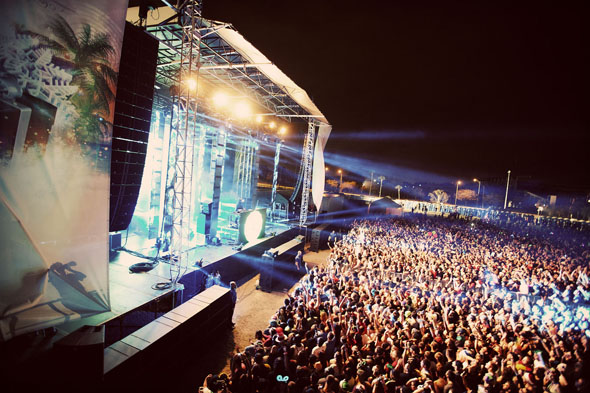 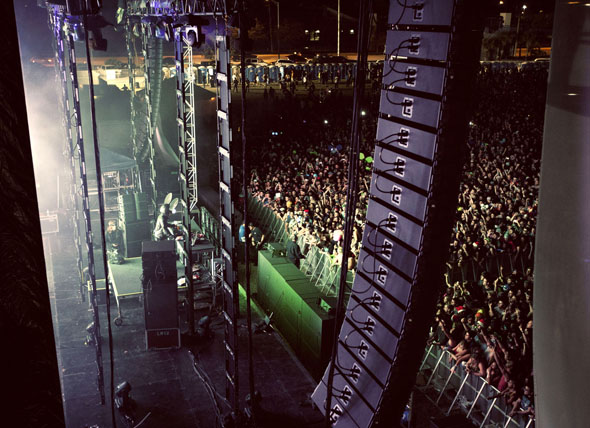