Spectators showed up en masse to enjoy two ciné-concerts in celebration of the 30th anniversary of Le Grand Bleu (The Big Blue), Luc Besson’s 1988 cult film. The initial performance on May 11th marked the 30th anniversary of the film’s premier at the Cannes Film Festival to the day, with a sold out repeat performance on June 2 in the 5000 capacity venue, The Seine Musicale.

The score was performed live by its French composer, Eric Serra, and a group of musicians specially chosen for the event, with L-Acoustics’ L-ISA technology giving audiences a truly Immersive Hyperreal Sound experience.

Starring Jean-Marc Barr, Jean Reno and Rosanna Arquette, the feature film was inspired by the lives and storied rivalry of two famous free diving champions, Jacques Mayol (Barr) and Enzo Molinari (Reno). Shot on location in the South of France, the Greek islands, Peru and Sicily, the film features stunning underwater photography and an emotional intensity that is underscored by Serra’s hypnotic, ambient soundtrack, which won the César for Best Music in 1989, France’s highest honor for film scoring.

For this special occasion, Serra wanted to deliver a truly remarkable experience, and traveled to the L-ISA headquarters in London to meet with L-Acoustics founder and president Christian Heil for a demonstration of the L-ISA technology. Serra explains, “When I heard the L‑ISA system, I told him, ‘I have my own recording studios, which are very well equipped, so I have had the feeling of being inside the music many times. But what I heard, I have never felt before.’ For me, it was the first time I had really felt I was inside the music.”

Following his visit, Serra decided that L‑ISA Immersive Hyperreal Sound was the right means to deliver his vision for Le Grand Bleu concert. Serra called upon the skills of systems engineer Maxime Menelec and front of house engineer Sébastien Barbato, both long-time L‑Acoustics users, to help him realize the concept.

Menelec had already become an adept of L-ISA technology on Ennio Morricone’s 60 Years of Music world tour. As systems engineer he would collaborate with Barbato to ensure full coverage and signal processing in L-ISA. “L-ISA brings a real plus to the show, and especially to Eric Serra’s scoring of Le Grand Bleu, which is very immersive music,” says Menelec.

“L‑ISA is different from an L/R system in that it’s much more immersive with many more sources,” concurs Barbato, for whom L-ISA was a new discovery. “There is dedicated software and a matrix that allows us to place sources much more easily to give the audience a better perception, immersing them in a kind of spatialization everywhere in the room.”

An L‑ISA Focus (patent pending) configuration was deployed, comprising three hangs of nine K2 and two hangs of 12 Kara positioned above the stage as the frontal system, with an additional extension system of two hangs of nine Kara each providing immersion. A central hang of eight KS28 subwoofers provided low end, and five Kiva II were sited along the stage lip as frontfills. The system was driven by two L-ISA Controllers and processed through the L-ISA Processor.

One of the most considerable challenges was to deliver both an impactful movie-going experience and an enthralling concert experience, ensuring that the dialogue was always intelligible, yet allowing the musicians to express themselves fully. When Serra and Barbato first met, Serra had wanted a mix very close to the original sound of the film with prominent dialogue and musical scoring beneath it. Barbato, however, was keen to achieve a sound more akin to a live concert. “It was a general philosophical and artistic approach that I suggested that Serra liked as well,” says Barbato. “I simply asked Eric to trust me and that happened little by little.”

In crafting the mix, Barbato worked from a mono track for dialogue, which he placed at the center of the mix, as well as film effects in Dolby 5.1 surround. The film’s 5.1 soundtrack was easily channeled through the frontal system LCR hangs and subs plus the two extension hangs to achieve full immersion. Conversely, all musical sound objects coming from the stage had a different position in the mix for each composition of the score.

“During the first few days of rehearsal, the musicians weren’t in my line of sight; I only saw the film,” says Barbato. “So in terms of spatialization, the film was my visual guide and I was relying heavily upon separation or depth, while maintaining the integrity of the sound imaging.”

“Where L-ISA became much more meaningful to me,” says Barbato, “was in the actual movie theater, with the true stage configuration and positions of the performers. Once there, I moved some of the sound sources with respect to musician placements, while maintaining a certain degree of creative freedom with sounds that I used to envelop the audience and maximize the feeling of immersion. Since there were two drummers with electronic kits and two keyboards, L-ISA allowed me to spatialize these sources well, so that the audience could determine who was playing what and where more naturally.”

“The configuration of the signal flow for Le Grand Bleu was a little out of the ordinary as there were only electronic instruments, so everything was in MIDI and entered the DiGiCo SD7 console in MADI,” says Menelec. A total of 140 inputs were routed according to different compositions via the 96 L‑ISA inputs, with 64 outputs distributed across the L-ISA system. “Even so, the L-ISA system wasn’t more difficult to deploy than a standard L/R system. It was just about being well-organized and structured in our work methods. Today we have all the technical means necessary to make implementing L‑ISA very simple.”

Menelec cites uniformity of coverage for the audience, localized sources and expanded creativity as major benefits of L‑ISA. “We were successful in maximizing both the realism and the immersive aspects of L-ISA with all of the reverbs that envelop us directed toward the sources and extensions of the system,” he recalls. “We wouldn’t have been able to achieve the same realism and immersion with a traditional L/R system.”

“In a traditional system we place sources with intent, but where it gets complicated is that, as mixers, we’re in the best part of the venue for sound and are often frustrated because we know that the audience doesn’t necessarily hear what we do,” adds Barbato. “L‑ISA really brings us something because we know that, thanks to improved spatialization, the clear majority of the audience can hear and perceive the same things we can and what we’re trying to do in the mix. The results were superb. This is really the future.”

“We don’t hear the L-ISA sound on stage, we hear the normal monitor mix through our in-ears, but I went into the theater to listen a little bit during soundcheck and the sound was amazing,” Serra concludes. “The frequency range is super-wide and the space in the mix is incredible, but at the same time it’s super precise: it’s like VR is to visuals. I think this is the future of sound; once you’ve heard this kind of sound at a concert, if you go back to the previous sound system, it won’t feel as good. I have done many concerts in my life and this is the first time that I’ve had so much great feedback about the sound.” 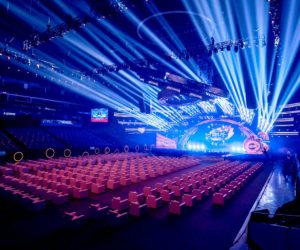 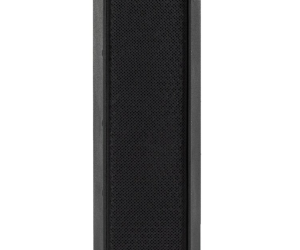