Engineer Ian Boxill recently installed Focal Professional Solo 6 Be monitors in his personal studio, and has begun mixing a top-secret project. With the past three Prince albums behind him, and a 2008 Grammy for “Best Male Vocal” on the Prince penned song Future Baby Mama, Boxill is primed for new and great things.

Deciding to upgrade his studio with new monitors, Boxill chose Focal and is loving the sound, stating, “Focal speakers have the rare quality of being very musical sounding, while maintaining clarity and detail. Not a very easy feat to pull off. While listening to my favorite recordings on a pair of Focal Solo 6 Be’s I heard instruments and parts that I had not heard before. Wow. Well done Focal, well done.”

Known for his deft touch with powerful R&B and Urban vocal artists such as Tupac Shakur, Janet Jackson, P. Diddy, Aaron Neville, K Ci, Jo Jo, Christina Milian, and Prince, among many others, over the past 15 years Boxill has divided his time between working in his personal studio and studios that artists choose. Now with his own personal studio upgraded with Focal monitors he’s embarked on a mixing project that will be revealed in early 2009.

“I’m working on some new mixes everyday on the Focals in my personal studio. I can’t talk about what the project is until it’s out in a few months.” Hinting that the project is another urban masterpiece in the making, Boxill notes, “There’s a lot of low-end and low-mids in urban music so the Focals work really great for that. They have much more low-end than the Yamaha NS10s that I have mostly used. And you can turn the Focals down and they still maintain their balance.

“On some speakers, either the low end falls off or the high end. With Focals you can turn down low and they still sound full: you still get your low-end and you still get your high-end. Focals don’t fatigue my ears at all, I can basically listen to these speakers all day.”

It’s the music and the ears that matter, he adds, “When I talk about Focal monitors being ‘musical sounding’ I mean being able to listen to your favorite records and being able to enjoy them. The music sounds very real, in the room. You get an intimacy, it doesn’t seem like you’re listening out of speakers, the music fills the room. They give a full spectrum; you can imagine a band in front of you. It doesn’t seem like there are speakers between you and what you’re listening to. Very few speakers do that.”

When taking his mixes from the studio out into an everyday listening environment, Boxill is pleased with the sonic translation, “So far the experiences that I’ve had, the Solo 6 Be’s were pretty much spot-on with the way they translated to real-world sound systems. What I like about them is that the highs aren’t too over-hyped, not too brittle. So I can listen at low volumes and still get a picture of the whole sound. I find that when I listen at that low level and I take it out of the room, it’s very close to what I hear in my own studio.”

Read More
In The Studio: Getting A Singer’s Best Vocal Performance

Continuing with the thought, Boxill also likes the sound of the Twin 6 Be powered monitors and how they also translate to other listening environments. Including working in his own studio with the Solo 6s, Boxill says, “I’ve worked in three different rooms with Focal monitors, two had the Twin 6 Be models. I found with the Focals they sound great in the mix room, but when you take the mix out of the room it sounds just as good.”

Obviously after mixing three major records with Prince Boxill has a close connection. On working with Prince recently at one of his recording and listening locations, Boxill says, “I haven’t mixed any Prince on the Focals yet, but he has a pair of the Twin 6 Be monitors. He’s only had them for a few months. We just did some rough mixes at his studio, but they sounded good in the room.”

Discussing being in the studio for hours on end, Boxill wants to talk about how the monitors fit into his studio environment, “I also want compliment Focal on their aesthetics of design. I think the color combination is really good, it’s easy on the eyes and fits into the control room, and that’s kind of important. They obviously spent some time on the aesthetics, they are very classy looking.” 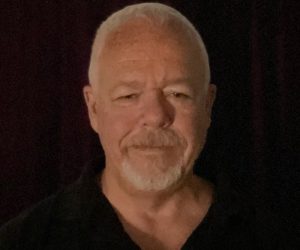 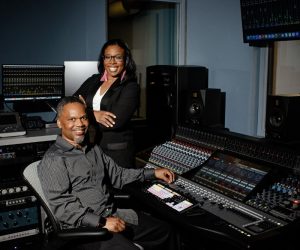