Electronic Versus Physical: An Analysis Of Shaping Array Directivity

The differences in electronic and mechanical modification of array's directivity

Additionally, bass coverage is not uniform since interference patterns change with frequency.

One way to minimize left-right interference is to aim subwoofer arrays away from each other in order to reduce overlap.

If we aim the array physically (Figure 7a), the back radiation lobe will point to the stage, increasing LF spill (again, the extent of this will be reduced through the use of cardioid subs, be it off-the-shelf cardioid models or array elements made up of a cardioid arrangement).

However, if electronic steering is used (Figure 7b), the back lobe will point away from the stage.

This is actually the same as Case Study A, except for the fact that we are dealing with horizontal, not vertical, coverage.

Achieving this with mechanical aiming is just plain impossible, but it can be accomplished through the electronic realm.

The suggested design makes use of a somewhat unusual configuration. Since real subwoofers are not entirely omnidirectional (a typical 18-inch subwoofer box may show 4 to 6 dB less at the back relative to the front), to achieve the same level at both back and front, we use a “face-to-face” deployment.

And it might seem a bit counterintuitive, but a physically phase-aligned pair can also be achieved if the correct spacing is used between the two.

To avoid flying too much weight, we could alternate every other element in the array as seen in Figure 8, an arrangement that also minimizes obstructions to the expansion of the wavefront. 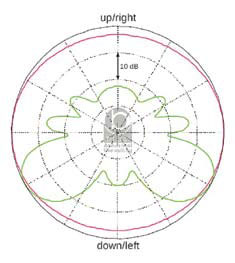 Figure 9: Horizontal and vertical polars of 360-degree array at 100 Hz.

This two-column arrangement with electronic steering would generate the directivity balloon seen in Figure 3a (except that the sides would be slightly squashed), with the horizontal and vertical polars that can be seen in Figure 9.

As with any low-frequency array, a longer array generates a narrower radiation pattern, which means that different venues would require different lengths to suit their geometry.

From the point of view of level consistency, the arrangement in Figure 8, with real non-perfectly omnidirectional sources, would send slightly less SPL to the sides (in our case, around 3 dB less for a real single 18-inch front-loaded subwoofer), which would be desirable on a rectangular arena to compensate for the difference in distance to the closest and farthest tiers.

On the other hand, given the uniform downward profile, this configuration would be ideally suited, angle-wise, for circular venues such as a bullfighting ring or a Mexican Palenque.

Watch That Space
As we know from line array “laws” there is a maximum spacing between sources for any given frequency.

If that spacing is exceeded, the array loses the ability to control directivity, with higher frequencies showing lobes at the wrong angles and eventually losing directivity control. This is even more so for an electronically steered array, which requires a tighter element density.

Figure 10a shows a three-dimensional representation of the directivity balloon of an electronically steered array with excessive spacing (4.5 feet).

A significant top lobe can be seen that will surely create reverberation issues at that frequency in an indoor venue.

Figure 10b presents 80 to 250 Hz one-third octave polars for the same array where the three highest frequencies have gone haywire across the top part of the curve.

In contrast, a mechanically tilted array of subs (Figure 10c) with the same spacing only shows misbehavior at 250 Hz, which corresponds to a wavelength that correlates roughly to the spacing between sources, so it’s no surprise.

José (Joe) Brusi is an independent electroacoustical consultant. And thanks to Joan La Roda for the field phase measurements of the alternate face-to-face subwoofer configuration.