One of the PM5D-RH is utilized with the house system, and the other is for monitors. In addition, Kooster McAllister's Record Plant Remote rig, with dual Yamaha DM2000 digital consoles, is used for remote broadcast needs

Two Yamaha PM5D-RH digital consoles are heading up audio production for the second season of Can You Duet , a performance-based reality TV series from the producers of American Idol that is taped at the Wildhorse Saloon in downtown Nashville and shown on Country Music Television (CMT)/

One of the PM5D-RH is utilized with the house system, and the other is for monitors. In addition, Kooster McAllister’s Record Plant Remote rig, with dual Yamaha DM2000 digital consoles, is used for remote broadcast needs.

“It’s tough to achieve uniform coverage on all three audience floors used of the Wildhorse,” states independent House Audio Engineer Rick Reith. “Although this is not unusual in a concert setting, it is especially challenging in the context of a TV show where in order to accommodate the set, over half of the inputs are up to 20 feet in front of the PA.”

Reith says he’s using all condenser mics for the setup: two for performance, a roaming host mic, and three used by the judges located on a platform directly in front of the loudspeakers’ left hang. Performers and Smith use Shure UHF-Rs with KSM9 capsules, and the judges use Shure podium mics. Shure PSM600-ears and Clair 12AM wedges are also part of the audio set up.

“The configuration has presented some problematic and intensive EQ situations,” notes Reith. “One of the goals in live sound is to avoid feedback, a major priority when broadcast is involved. Depending on the venue and PA configuration, you can still rock the house, but it’s really about the remote truck feed, not your killer full range mix. It can be difficult, however, to cleanly dig out unpredictable, off-axis and incredibly low-level input mics let alone while competing with loud audiences. So for these diverse audio requirements, the PM5D-RH offers the solution, particularly when assigning either a parametric or graphic EQ as an insert in addition to the channel EQ.

“Also, the ability to stack them gives me more control. After the main L-R and fill, the remaining EQs are inserted on all vocal inputs and accessed by individually assigned User Define keys. Having instantaneous access to parameters sets that would otherwise require some digging really streamlines the use of the PM5D. The totally customizable User Define key is integral to my fluid operation of the console in all applications.”

On stage, Wildhorse monitor engineer Geoffrey Borchgrevink has his hands full as well. “I couldn’t imagine using anything more convenient than the Yamaha PM5D in Fader Flip Mode at monitor world,” says Borchegrevink. “Of all of the consoles I’ve used, the 5D is the most intuitive, and in my opinion, has the easiest learning curve. When using all 48 inputs, monitoring 13 different mixes (ears and wedges), and muting and un-muting the dialogue bus being sent from the truck, things can get a bit overwhelming at times.

“But having the mixes right there on hand and being able to easily navigate through my User Define keys to quickly access the 30-band EQ, relieves the stress level just a little bit; that is, until one of the contestants decide to point the mic directly in the wedge.”

Can You Duet is scheduled to air in mid-June. For more information on the show, visit http://www.cmt.com/shows/series/can_you_duet/series.

For more information on the Yamaha PM5D-RH digital console, visit 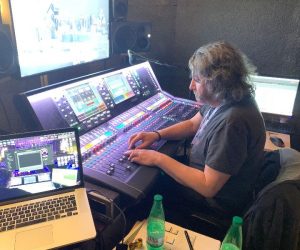 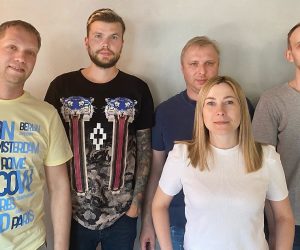 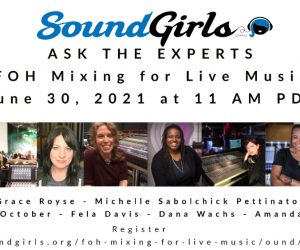 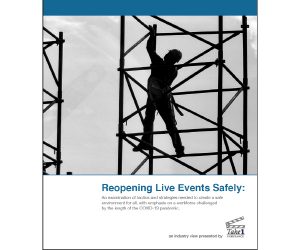 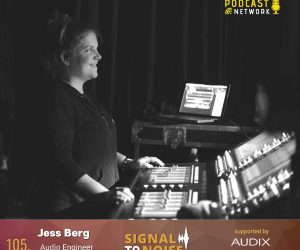 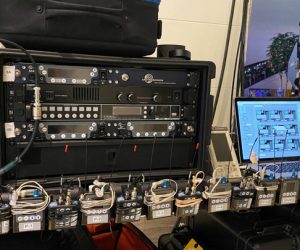 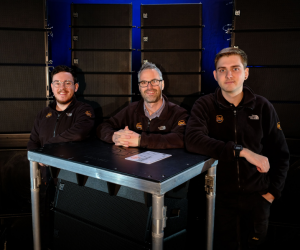