DPA Microphones Out With Dashboard Confessional’s Summer Ever After Tour

As the live concert mix engineer for Dashboard Confessional, Jamison Butcher strives to enhance the concert experience for sold out crowds across the country by recreating the energy, clarity, vibe and environment of the band’s studio recordings. When the band’s audio team wanted to enhance the existing microphone package, they knew a change was in order, and found the solution in DPA Microphones.

This past spring, the audio team made the move to a few select DPA microphones on the band’s previous headlining tour. Butcher started with a small package for drums that included a d:vote 4099 instrument microphone on the hi-hat and ride, and a d:dicate 2011 compact cardioid microphone on snare drum. He also incorporated a d:facto 4018VL linear vocal microphone on singer, Chris Carrabba’s vocal.

Soon after trying the DPA mics, Butcher quickly moved to a full input list of DPA including d:dicate 2011Cs on kick and snare, d:vote 4099s on all the toms and cymbals, and d:facto 4018VL’s on all vocals and d:dicate 4011 cardioid microphones for audience mics.

“After hearing the DPA mics in action, it was an easy decision to make the switch to all DPA,” says Butcher. “The second we added the d:vote 4099 to our cymbals, it was like someone had pulled a blanket off the drum kit. We previously had a few mics that colored the cymbals a bit too much. We were happy with the tones we got out of those microphones until we heard the clarity of our DPA 4099s. We now have a full complement of DPA mics on the current Summer Ever After tour and every input sounds fantastic.”

Lead singer Chris Carrabba’s switch to a DPA d:facto 4018VL mic was also an easy process. According to Butcher, “Chris had used a different manufacturer’s microphone for over a decade, just the familiarity should have made the switch to DPA difficult. However, we started sound check with his old mic and after a song switched to the d:facto 4018VL, it was an immediate win. Both Joel Livesey, our front of house engineer and I mentioned that our high-pass filters were backed off and overall the microphone had a more natural sound immediately. After only a couple of minutes, Chris turned to us and said, ‘NEW MIC!’ We haven’t looked back since.” 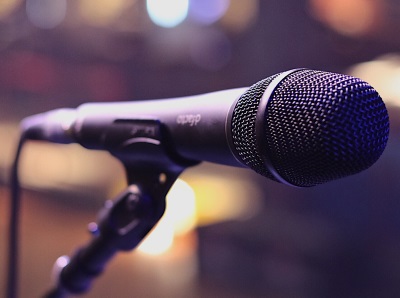 In addition, the team immediately noticed the rejection of the d:facto 4018VL mic in front of the drum set during live shows. “It can be very difficult to find a mic that sounds natural on your singer with almost no EQ, but also gives you minimal and/or usable microphone bleed,” adds Butcher. “During the first show that we tried the d:facto 4018VL, I realized I no longer had to ride my vocal fader so hard. We also found ourselves EQing a lot less. The microphone immediately sounded like Chris. We no longer had to compress low-mid’s or boost high-mids and top-end. Since switching to the d:facto 4018VL, we’ve had nothing but success. Its clarity and rejection are second to none.”

The band’s audio team has also received a lot of positive feedback since making the switch to DPA microphones. “I’ve received all kinds of remarks ranging from musicians telling me they can’t believe how good the mics’ sound to questioning how everything can feel louder with less ambient noise. As the monitor engineer, I appreciate the separation. Our entire band are now DPA supporters. It’s one thing to be blessed with a band that has a great mic package, but as an engineer I’ve been building my DPA microphone collection as well. They’re just so far beyond anything else I’ve ever heard.”