Dialing It In: Delivering Consistent Concert Sound For Paramore

Since Paramore’s 2005 debut recording All We Know Is Falling, the Nashville-based, rock outfit’s popularity has grown substantially, garnering them multiple Grammy nominations as well as plum song placements in soundtracks for motion picture blockbusters like Twilight, platinum sales and a consistently growing, global audience.

They’ve also developed a reputation for high-energy live shows, fueled as much by their musical chops as by a finely honed sense of what they and their audience need to hear in order for both artists and crowd to leave it all on the stage and on the arena floor, respectively, every night.

The band is currently touring in support of its fourth release – simply entitled Paramore – representing the first full-length album and tour they’ve undertaken since the departure of guitarist Josh Farro and his brother, drummer Zac Farro.

“It hasn’t been an easy break,” says Travis Bing, Paramore’s monitor engineer since 2009. That said, both he and front of house engineer Eddie Mapp had nothing but good things to say about the atmosphere on the road when talking with me from Denver, roughly two weeks into the North American leg of the tour. “The feeling is onwards and upwards. Everyone who’s here wants to be here, band and crew, and that makes it fun for everyone, even old, jaded road dogs.” 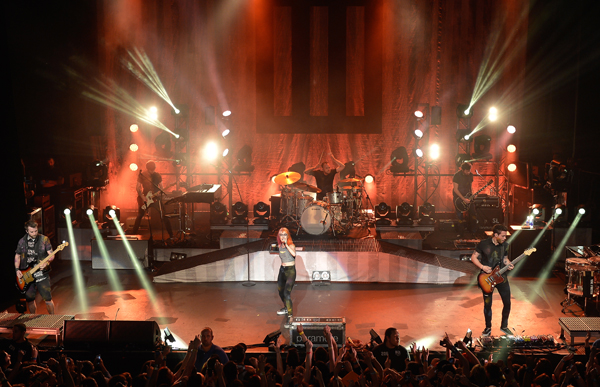 Paramore performing at a California stop on the current tour. (click to enlarge)

And the band’s attention to detail when it comes to their sound is also as keenly focused as ever, a fact that prompts Bing to refer to them occasionally as “tone freaks.”

Feeling It
All six musicians have a highly defined sense of what they like to hear, and feel that their on stage mix is integral to their ability to put on the type of performance the audience deserves.

“Jeremy, the bass player, is an interesting case,” Bing says. “The band is on IEMs, but he wants to feel the sound, so we put a pair of d&b M2 wedges in front of him. They’re mainly pushing kick, snare and bass, but the challenge is maintaining decent stage volume and still relying on IEMs over wedges and side fills. Sometimes his mix gets a little cluttered, but when that happens we just dial it in again.”

In fact, Bing continues, the whole band wants to feel the sound, explaining that he also deploys a d&b Qsub for McPherson and a stack of two d&b Vsubs and one C7 loudspeaker, all driven by four d&b D12 amplifiers, per side as fills. 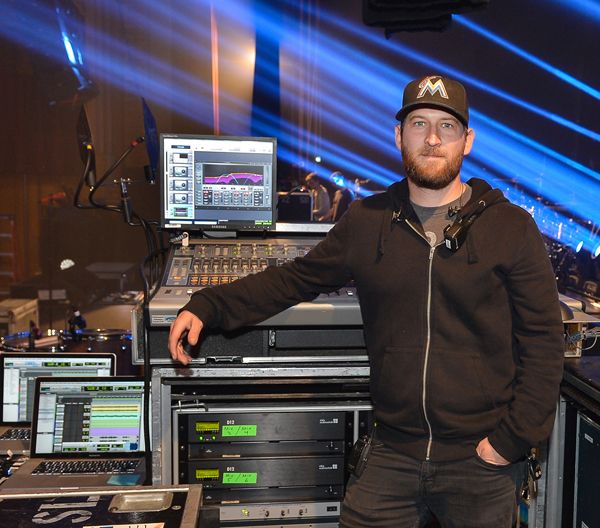 The Vsubs were a last minute addition, based on a demo at the band’s audio supplier, Nashville-based Spectrum Sound, prior to the tour. “I’ve used d&b loudspeakers for about six years, because I feel they get that we need gear to be lighter and more compact without sacrificing audio quality,” Bing adds.

While both backup guitarist’s amplifiers are rear-firing, Taylor York’s and Davis’ amps are pointed downstage; a compromise, Bing admits, but – unlike the iso cabs and other options they’ve tried, it’s an approach that allows the two to hear what they want without compromising their performances.

“Mixing monitors is a psychological game,” he says. “You’re dealing with six different minds, personalities and sets of emotions that affect the show. It’s more than just providing what they need to hear, it’s giving them confidence and building mutual trust.” 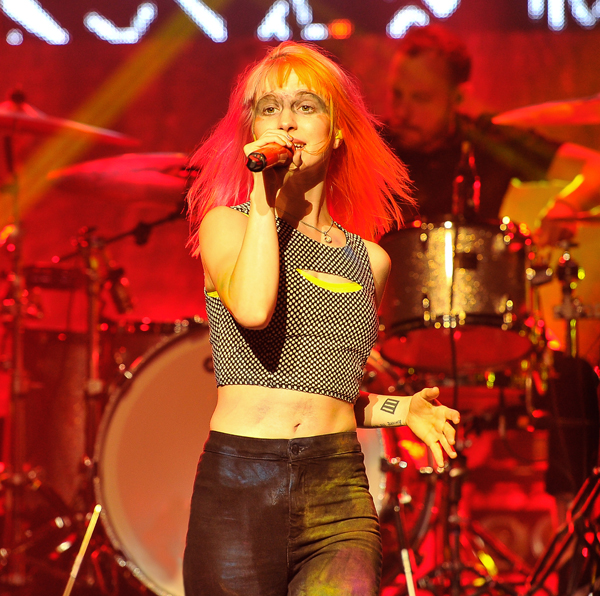 Bing’s approach to doing so informs his choice of console. “I mix monitors like a FOH engineer, polishing stuff to make it sound as much like the record as possible and I’m using an Avid VENUE Profile, partly because of the layout, and partly because we’ve grown inputs exponentially. When I started we were at 32 inputs, and now we’re at 64,” he says, citing the recent addition of glockenspiel and a pair of toms and a snare for Taylor York that’s located downstage.

“All of my mixes are in stereo, post fader,” Bing adds. “This isn’t an overly complicated band, so I operate the desk like an analog console and make changes on the fly. With the Profile, a button push here and there and I’m where I need to be. It’s intuitive and I love the plug-ins, especially the Cranesong Phoenix. Essentially it takes something digital, warms it up and makes it sound more natural.”

Based in Toronto, Kevin Young is a freelance music and tech writer, professional musician and composer.
All Posts
PrevPreviousNot So Obvious: It’s About More Than Sound
NextIn The Studio: Vocal Processing And Mixing Tips For A Well-Rounded Final ProductNext
Top Stories
Explore All Study Hall