First a lighthouse, then a military base, then a military prison, then a federal prison, and finally a National Park Service historic site, Alcatraz Island attracts over 2,000 visitors every day. Although it only served as a federal prison for 29 years (1934 to 1963), Alcatraz lives on in the cultural conscious as the most notorious and inescapable prison ever – the subject of books, TV shows, and movies. True to its reputation, the government sent all of its worst criminals there, including Al Capone and George “Machine Gun” Kelly, and, despite numerous attempts, no one is believed to have survived an escape from Alcatraz. 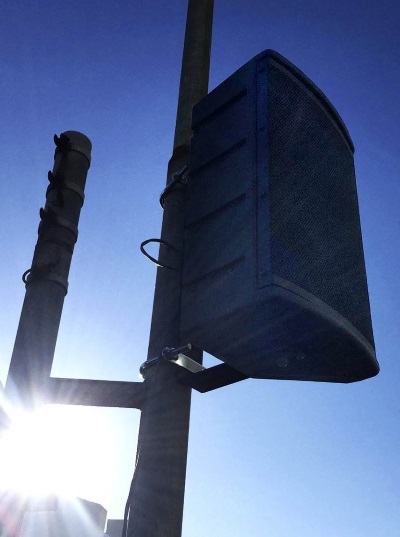 “There is a huge volume of visitors to Alcatraz, and the National Park Service docents give tours explaining the island’s features and history,” explains Radley Hirsch, owner of San Francisco Audio. “We needed a solid outdoor loudspeaker for the places where the docents stop, and the Danley GO2 8CXs sound well-balanced and are constructed to last.

“Moreover, Danley builds them in the USA, unlike most other manufacturers. China’s environmental track record is terrible, so buying into that cheap stuff really contributes to global pollution. Moreover, quality control issues on Chinese goods are common: screws are often stripped, components are rusted, and items simply fail out of the box. When that happens, manufacturers find it cheaper just to replace the item, which again contributes to more waste and pollution. Danley has always built its equipment in the USA and always will.”

Each docent station has a Lectrosonics wireless microphone system with an ear-worn microphone, a Surge-X power conditioner to tame Alcatraz’s off-the-grid solar panel system, and a small 120-watt mono JBL CSA1120Z amplifier. The JBL amp takes a balanced, line level input and outputs to 8 Ohms with a sleep circuit to minimize power usage. “I found that the best way to attach each Danley GO2 8CX to its pole was with a stainless-steel U-bolt,” Hirsch says. “The U-bolts we used are good quality (not from Home Depot), USA made, and heavy duty.”

He continues, “The system sounds lovely, and the Rangers love it. There’s no EQ except a bass roll-off from the Lectrosonics transmitters, and the amp to loudspeaker run is pretty short with good 12-gauge West Penn Wire. Although the Danley GO2 8CXs can handle a lot of power and deliver a lot of volume, we’re deliberately keeping them quiet: just enough to cover a group of twenty to two-hundred people for spoken word and not so much as to bleed into other areas of the island. Although there’s been some talk of painting the Danley boxes, the historical committee has yet to decide on a color, and the seagulls have taken it upon themselves to paint them ‘guano’ in the interim.” 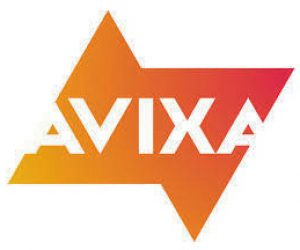