The Aero system was selected for its higher output available than systems used in the past, making the job of the Sound of Authority significantly easier.

With the summer concert season in full swing, music enthusiasts everywhere are enjoying performances by their favorite artists. Nowhere is this more evident than

At the Country Club Hills Theater, an outdoor venue situated in a suburb of Chicago, this #1 R&B venue in Chicagoland, had a summer schedule that included numerous A list performers.

This year, the venue has received great feedback on performances from the audience and performers alike thanks to a new sound reinforcement system consisting of components from D.A.S. Audio’s Aero Series 2 catalog.

Chicag based Sound of Authority, Inc. was contracted to provide the sound system at the Country Club Hills Theater.

“This is our third season handling sound services for the Country Club Hills Theater,” said Greene. “While our client has always been happy with the sound reinforcement services we’ve provided, I’m always looking to improve upon what we’ve done previously and this led to the purchase of our new D.A.S. Audio Aero Series 2 system.”

“The Aero 50 offers a higher output level than what we used previously and this made it that much easier to provide consistent coverage throughout the audience areas.”

The new SR system at the Country Club Hills Theater consists of twelve Aero 50 line array enclosures—flown six modules per side at a trim height of roughly fourteen feet. The two loudspeaker clusters are positioned approximately forty feet apart and are augmented by eight D.A.S. Audio LX-218 subwoofers; ground stacked four enclosures per side in a 2 high by 2 wide configuration.

Greene said the new SR system, which will remain in-place at the Country Club Hills Theater through late August, is delivering everything and more than he originally envisioned. “We took delivery of the new equipment on June first and began installation on June 3rd,” Greene said.

“In addition to a dramatic improvement in sound quality, I’ve been equally impressed with D.A.S. Audio’s customer/technical support services. In preparation for our first event on June 5th with R&B vocalist Toni Braxton, D.A.S. Audio’s Carlos Henao, the company’s U.S. Accounts Manager, paid us a visit to ensure the new equipment was operating as expected and helped us optimize the system to the venue. The company’s customer service is first-rate.”

“Our client is absolutely ecstatic with the system’s sound quality, the audiences have been equally complimentary, and the sound engineers that mix for the various artists have been very impressed. The D.A.S. Audio system has great dynamic range, delivers very musical reproduction with a high level of speech intelligibility, and delivers impressive output.”

“With the new equipment’s sonic performance, coupled with D.A.S. Audio’s first rate customer service, I can’t think of a single reason not to deploy D.A.S. Audio.” 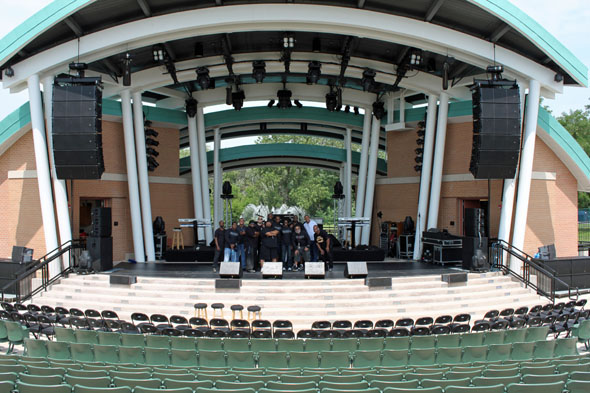