Situated in Durban, the new stadium has a capacity of 70,000 and hosted five group games, one second round game, and a semi-final match during the World Cup.

The venue is named after Moses Mabhida, a former General Secretary of the South African Communist Party.

The stadium’s design is highlighted by an arch, which represents the once divided nation of South Africa coming together.

Control and configuration of the system was completed through Harman HiQnet System Architect.

In the area leading into the stadium complex commonly referred to as Peoples Park, 32 JBL CBT100LA column speakers are powered by five Crown CTS8200USP3/CN, with sound processing handled by a BSS BLU-800 device. The area also features a dedicated Soundcraft RM100 console and AKG microphones.

“The World Cup is a global event that transcends the way we view sports,” said Marc Kellom, vice president of marketing for Crown Audio.

“Our CTs amplifiers provide unmatched performance and reliability, setting the standard for the biggest stadiums in the world and the World Cup was no exception.” 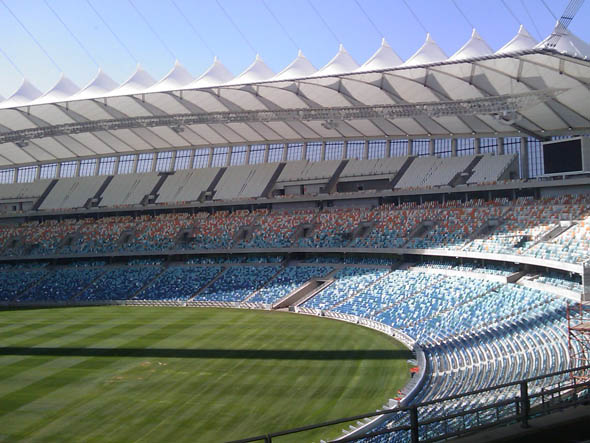