One of the notable aspects of newer digital consoles is that they can be upgraded, often to a significant degree, via new software and firmware that’s usually available as a convenient download.

It’s a great way to garner even more capability without the need to invest in new console (or often, additional hardware), which is always a most welcome development.

There’s been a significant amount of activity of late in this regard, and we thought it useful to offer a round-up of what’s new, as well as perhaps overlooked upgrades, with digital console software and control app capabilities. As always, we encourage you to do further investigation.

Two new RMS-VCA inspired compressor models, the 16T and 16VU, are also included. Integrated within the mixer’s channel processing, all six compressor models can be selected on any of the input and mix channels on the fly, without burning valuable FX slots or adding latency. 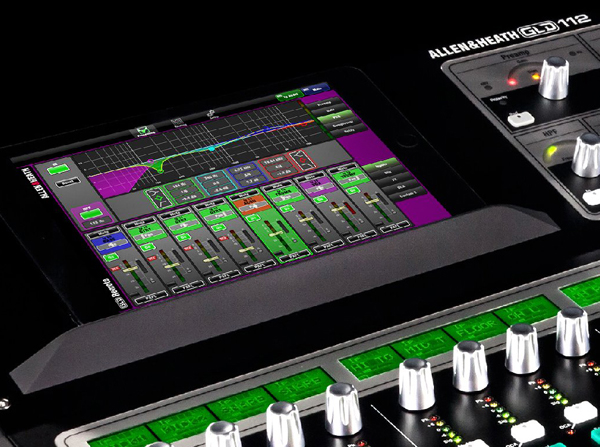 In addition, Chrome firmware includes several additions to the onboard FX suite, including a new Stereo Tap Delay, with 2.7-second maximum delay time, split L/R beat fraction control, millisecond mode, and tap tempo functions. This is joined by a new Bucket Brigade delay emulating the non-linearity of solid state delay units, and Echo, an emulation of the classic tape echo system popular in the 1970s. 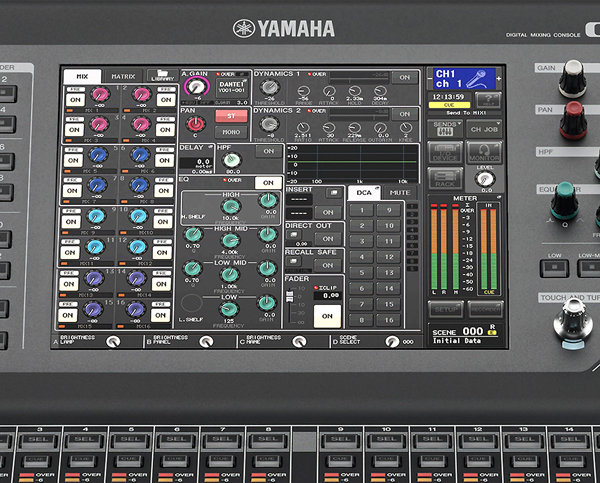 Meanwhile, the new StageMix v5.0 control app for several Yamaha Commercial Audio consoles includes a 61-band real-time analyzer that receives input from the built-in iPad microphone. This function is integrated with the PEQ/GEQ displays, allowing the engineer to move around the stage while checking for problem frequencies at various locations as well as use PEQ or GEQ to make appropriate adjustments on the spot. And new v2.0 for R Remote I/O racks provides built-in Dante networking, and the GUI has been revised to allow numeric entry of gain values as well as generally smoother, more efficient operation.

The new Soundcraft Vi7000 and Vi5000 digital consoles (more here) provide a wealth of capability, with Vi’s patent-applied-for VM2 radio microphone status monitoring feature providing native control and monitoring of Shure ULX-D and QLX-D digital wireless systems as well as AKG DMS800 and WMS4500 systems. This new integration with the console enables automatic Shure device discovery, identification, and mapping of each wireless system to the appropriate mixer channel. When that channel is selected on the console, all essential wireless parameters are displayed. 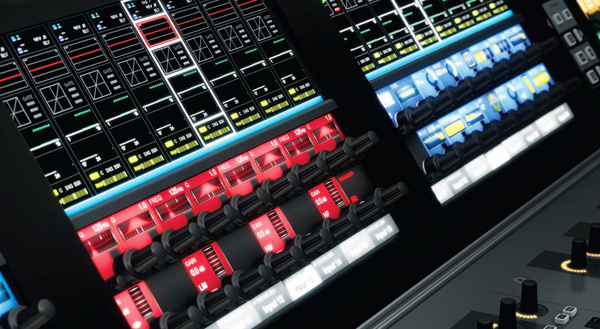 It also enables live monitoring of the channel’s RF and audio metering, with the ability to adjust receiver gain from the console, much like trim adjustment for a wired mic. In addition, battery life status for re-chargeables and standard AA alkalines is supported. Both Shure systems use Ethernet connectivity to deliver system data to the consoles. Along with the new Vi5000 and Vi7000, a subsequent software update will support Shure wireless integration, including the current Vi1 and the Vi3000.

Along the same lines, new Yamaha TF mixers (more here) also provide a range of input and output channel presets created in cooperation and consultation with mic manufacturers such as Audio-Technica, Sennheiser and Shure. The input channel presets are made to match a span of musical instruments and voices, covering parameters such as head amp gain, EQ, dynamics and much more, right down to details like channel name and color. Output channel presets include parameters optimized for in-ear monitors and Yamaha powered loudspeakers.

Soon to be released (Q2, 2015) Remote Control Software (RCS) for the now-shipping Roland Pro AV M-5000 console (more here) provides operation of the console from a computer (Mac/Windows). Connection can be made via USB or remote connector, allowing operation over a LAN. 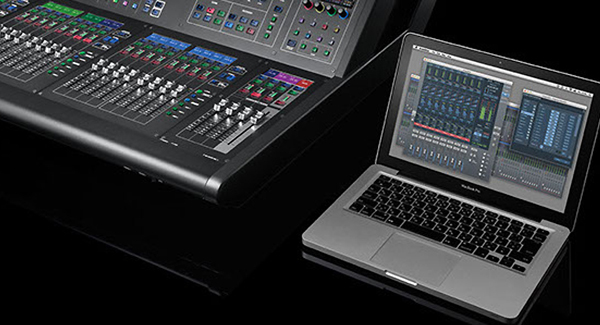 The GUI for the M-5000 RCS allows multiple windows, and includes support for high-resolution displays and other optimizations. This enables use of a second display for viewing even more windows, such as a large meter view of inputs and outputs.

The dedicated M-5000 Remote app (also due Q2) supports remote control from an iPad, with three methods of connection offered. When using the console’s dock connector for iPad attachment, the iPad can be used to perform 2-channel recording and playback, and input sources and output channels can be assigned as desired. The GUI for the app offers full support of Retina displays for crystal-clear graphics.

Craig has worked in a wide range of roles in professional audio for more than 30 years in a dynamic career that encompasses touring, theater, live televised broadcast events and even concerts at the White House. Currently he owns and operates Tech Works, a regional production company that focuses on corporate events based in Reno.
All Posts
PrevPreviousDPA Microphones’ d:screet Necklace Microphone Selected For Illinois Church
NextIconyx Steers Reading University’s Great Hall To Audio ClarityNext
Top Stories
Explore All Study Hall