A live recording of a recent performance by blues maestro Ray Fuller at Buddy Guy’s Legends club in Chicago, consisting of non-stop 60- and 90-minute sets before a live audience, was captured in its entirety by a lean yet powerful system devised by freelance engineer Mike Picotte.

He had a very good reason for wanting to keep things a small and light as possible: the remote recording rig had to be situated several flights of stairs above the legendary venue.

The heart of the setup incorporated a recently introduced Antelope Audio Orion32 multi-channel interface that recorded 26 tracks of audio over USB 2.0 at 96 kHz to a MacBook Pro running Pro Tools.

Picotte, who also works with Sweetwater Sound, acquired the signal by placing a splitter snake onstage so he could access all of the venue’s microphones, then supplemented the house mics with his own to create a redundant rig with plenty of alternate audio source possibilities. “I wanted to have everything covered and then decide later what I actually needed, so I brought my own mic locker with me just in case,” he adds. 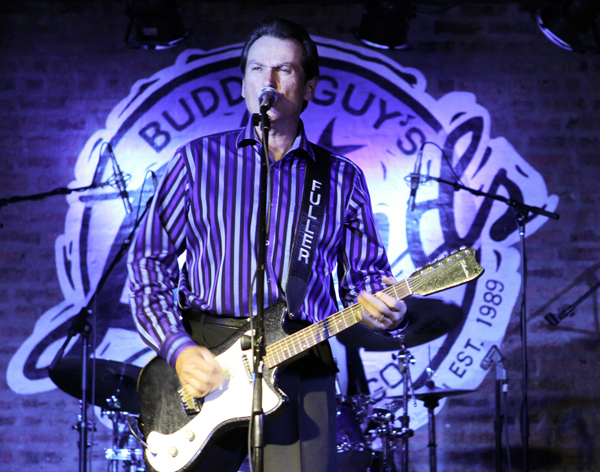 The snake was run up the stairs into a small room where he was able to record and monitor the performance using a Dangerous D-Box system and a pair of Sennheiser HD 380 closed back headphones.

The preamplifier stage employed two TRUE Precision 8s and an Audient ASP008, which were connected to the Orion32. And for increased accuracy that could only enhance fidelity, he also had an Antelope 10M Atomic Clock in his rack.

“Performance-wise, the Orion32 was amazing,” Picotte notes. “There was no lag time on the screen, and no hiccups at any point during the entire gig. I ran 26 channels at 96k without stoppage and had no issues whatsoever.”

Previously, Picotte usually recorded to an external drive. “Now, with all the testing that I’ve done, I record directly to the solid state drive on the MacBook via the Orion32, then immediately transfer the audio to a secondary hard drive following each set,” he explains. 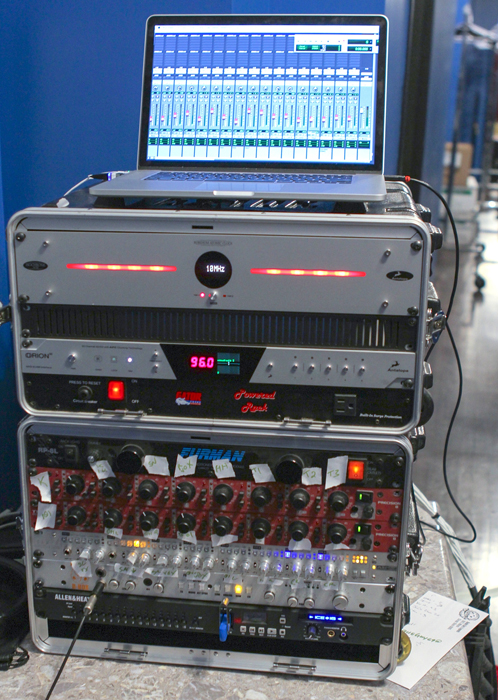 Before the performance, he evaluated the Orion32 over MADI into a Pro Tools HD system and USB into Pro Tools natively. “Although I tested it at a 64 sample rate,” he says, “I ran a 1,024 sample buffer size during the gig because there was no artist mix, therefore no need to tax the computer system.”

Most importantly, he characterizes the tracks he captured as extremely detailed and accurate. “There was great separation on the drums and particularly good transient response on the kick, snare and overhead,” he reports. “Some converters will soften the transients, or it will feel like they are not coming across like they do live.

“The Orion32 gave me the best representation of how the band actually sounded in the club, and with no coloration. All the channels were clean, and the depth and stereo imaging were outstanding.”

Read More
Church Sound: When System Failure Is Not An Option….