As technical director at the Collinsworth School of Music at California Baptist University, Matthew McConnell holds the equipment he purchases to the same high standards expected from the school’s students. When McConnell recently found that he wasn’t satisfied with the sound he was capturing on the string bass and cello instruments during performances, he turned to Jeff Suchy at Apex Audio to find the best solution.

Though these have now become a staple at the school, the use of the d:vote 4099 wasn’t McConnell’s first foray into DPA mics. “I initially discovered DPA a decade ago, when I was trying to close-mic a grand piano, with a closed lid, through a PA system,” he explains. “DPA’s d:screet 4060 miniature omnidirectional microphone helped me get the sound I was looking for, for that application. Soon after, I used a d:screet 4060 on a solo violin (with the included string mount) with similar success. From that point on, I was a big fan of DPA.” 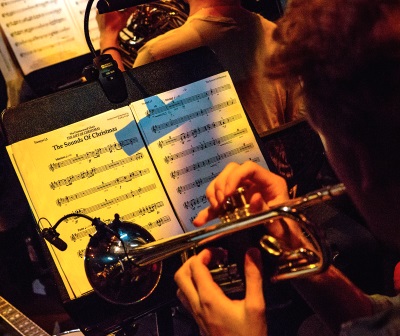 More recently, McConnell turned to DPA after having a tough time finding a good mic position for string bass and cello performers who moved around the stage while playing. “I heard about the d:vote 4099 and purchased three of them, based mainly on my previous experience with the brand,” he says. “It was better than I could have hoped. The microphone stayed in place while the musicians performed. After that, I bought them for the entire cello section.”

“After we first started using the d:vote 4099s, I would get comments from brass players about how easy it was to switch a d:vote 4099 from a trumpet to flugelhorn,” says McConnell. “When students listen back to live recordings, they always note how transparent the microphone sounds. I remember the first event we did with a DPA d:facto vocal mic. As soon as the MC started speaking, another faculty member turned to me and asked how I made the person speaking sound so great. I showed him the EQ, which was flat, and told him it was good placement and a great microphone.” 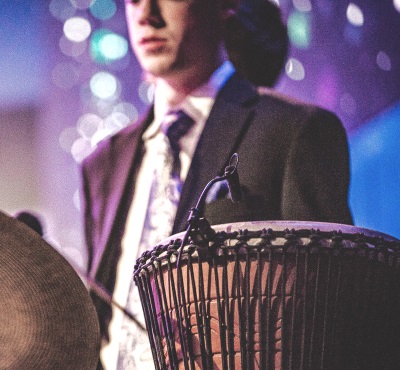 During the school’s inaugural event at the recently built California Baptist University Events Center, McConnell employed a full complement of DPA mics with great success. “We utilized 106 channels of audio from more than 55 DPA mics, and they sounded amazing,” he adds. “Everyone was pleased with the sound in the room. The d:vote 4099 is as close to perfect as I have found for live PA.”

In addition to its fantastic sound quality, McConnell is also impressed with how the DPA mics fit into his daily workflow and notes that the d:vote 4099 takes up less storage space.

“We now use only a fraction of the number of mic stands that we used to,” he continues. “Instrumental performers are freed up to move around on stage as needed, and it’s really convenient for when the students need to stand up for a featured solo. With the d:vote 4099, I can connect into a wireless pack, and now a trumpet player can literally move anywhere on the stage and still sound great. DPA will continue to be used for all future events produced by the school.”

Since implementation of the d:vote 4099 at the Collinsworth School of Music, DPA has released a new, upgraded version of the 4099, the d:vote CORE 4099 instrument microphone. The CORE by DPA amplifier is a new technology that brings more clarity and details to music across the entire dynamic range. McConnell recently purchased four d:vote CORE 4099 mics for a church project and was so impressed that he would like to incorporate the CORE line of mics into the school’s audio locker as soon as possible.