Engineer/producer Claudio Cueni recently selected and purchased a Red 4Pre, the flagship interface from Focusrite, after evaluating it against several other devices at his Los Angeles-based personal studio.

Cueni bought the Focusrite Red 4Pre based on the sound quality of the converters and its connectivity, and recently he has begun to also appreciate its flexibility after being hired for a live recording date featuring renowned jazz bassist Stanley Clarke.

“I was looking at a few different interfaces. Most important for me was the sound,” says Cueni, known for his work on numerous Tupac Shakur posthumous releases. “I A/B’d the interfaces, and the Focusrite was the best-sounding one to me; it wasn’t even close. I never thought that converters made that much of a difference until I got the Focusrite.”

He is no less impressed with the Red 4Pre’s connectivity, which includes both Ethernet and Pro Tools HD DigiLink network paths. “I’m using it with Dante. I’ve got the Dante virtual sound card on my computer and an Ethernet cable to the Red 4Pre — that’s it. And it works amazingly well.”

To pull up pre-Pro Tools 12 sessions, he says, he hooks up a DigiLink connector to his Pro Tools 10 rig.

After recently getting a call to record a live performance, Cueni says, he realized that the Red 4Pre’s connectivity also offers a level of flexibility that makes it indispensable outside the studio as well.

“The flexibility was an afterthought, but then I realized that I could use the Red 4Pre with Thunderbolt. I did a Stanley Clark live recording a couple weeks ago where I brought my laptop and used Thunderbolt to the Red 4Pre. We recorded and did monitor mixes at the same time, flawlessly.”

The Thunderbolt-enabled Red 4Pre supports 58 inputs and 64 outputs. “There’s my live recording rig. And it’s not a compromise; it’s a world-class live recording rig. It’s one rack space, and it’s got all this connectivity; it works – it never crashed, never anything weird and never had any clicks,” he says. “And the mic pre’s are frigging amazing. I couldn’t be happier with the sound.”

Cueni started out as a session keyboard player in L.A. 25 years ago before making the transition to engineering. He was an early convert to recording and mixing in-the-box, despite working on large analog mixing consoles at studios around the city for the past two decades.

He built his home facility about 15 years ago. It was the security of a private studio and Cueni’s background in R&B and urban music — his credits include Boyz II Men, Omarion, Kurupt and Santigold — that brought the Shakur estate to his door.

Cueni’s streamlined workflow includes a choice of monitors – new KRK V Series 4 and older KRK Expose 7 nearfields, plus a pair of soffit-mounted Urei 815C mains – and a selection of outboard gear in addition to his Pro Tools system. The first project to be recorded and mixed through the Red 4Pre at the studio is a new release from Lalah Hathaway.

He adds that another recent project further demonstrated the flexibility of the Red 4Pre: “I mixed a documentary not too long ago and used it for the 5.1 monitoring. It worked great for that, too. I haven’t encountered anything yet that it wouldn’t let me do, and I do a lot of different things.”

Read More
The Power Of Time-Based Processing In The Studio

But it was the live gig that revealed just how flexible the Red 4Pre could be. When Cueni got the call, he says, “I thought, what do we need to rent? I realized I didn’t need to rent anything; I could do it all. I rolled in with my laptop and 1RU rack with the Red 4Pre and it came out amazing.”

Part of what makes his job so interesting is that there are always new challenges, he says. “I feel like the Red 4Pre helps me with this. I have this one piece of gear now that I can take to battle and I don’t have to think about anything else. It’s simplified my life a whole lot, in the studio and outside the studio.” 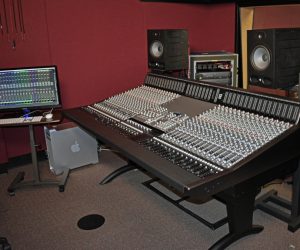 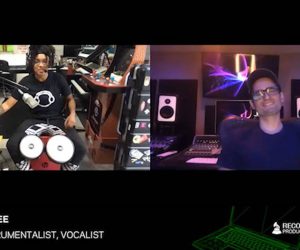 New versions for both Mac (AAX, VST & AU) and Windows (AAX & VST) are a result of customer requests for MDWEQ6 to support ...read more →