Integrator replaces all of the theater’s amplification and DSP in support of the JBL VerTec line array sound reinforcement system.

Radio City is part of the Madison Square Garden Company’s portfolio of venues and tasked Clair Solutions to replace all of the theater’s amplification and DSP in support of the JBL VerTec line array sound reinforcement system.

The Clair Solutions team managed the time-sensitive operation by completing all of the advance prep work back at their shop in Manheim, Pennsylvania, which allowed them to finish the swap and re-commission the system in just seven days.

“Clair Solutions installed Radio City Music Hall’s JBL VerTec line array system back in 2007, and the loudspeakers themselves are still going strong,” explains Jim Devenney, senior systems designer with Clair Solutions. “However, Crown, in partnership with JBL, recently released the new I-Tech amplifier/DSPs with FIR filters that are specifically designed to optimize performance of the VerTec components. It presented an opportunity for Radio City to revamp their system just by changing out the amp/DSP technology and had to be quick due the limited amount of available time and access to complete the work in the theater. 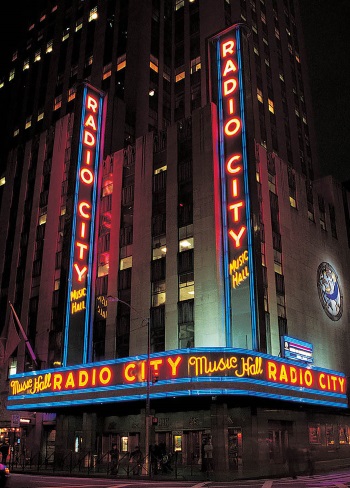 Two factors worked in Clair Solutions’ favor. First, the Christmas Spectacular uses a different sound reinforcement system for the production, which meant that the VerTec system would not be used during the show’s eight-week run during the holiday season. The second factor was Clair Solutions’ ability to take the seven portable racks that house the VerTec’s main amplifiers from New York City to the Clair shop in Manheim, Pennsylvania, where the majority of the work could occur without a big-time crunch. In addition, Clair Solutions configured and tested the new Crown amplifiers that would need to go into permanent racks at Radio City for the fill speakers.

In addition, they prepared twelve more Crown I-Tech 4x3500HD amplifier/DSPs for the permanent racks that power the fills. “When the Christmas Spectacular completed their shows for the 2017 season, we moved in with the finished portable racks and swapped out all the amplifiers in permanent racks,” Devenney says. “It was all feet on the ground. The work went quickly, and we finished comfortably in the week that we were given.”