“Having used the d&b GSL System for the first time in America last year, I was excited to specify the new KSL System for our UK shows,” says Chvrches’ front of house engineer, Paul ‘Gal’ Gallagher. “I’ve been a huge fan of the J-Series over the years and despite how good that is, I was blown away with the massive headroom and clarity in tricky rooms this new system offers – it’s a huge leap forward.” 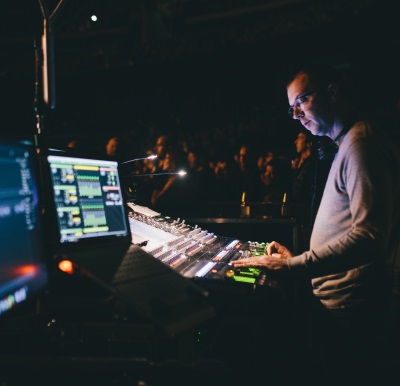 Gallagher says that the key to sonic success with Chvrches is separation and clarity. “The challenge is to keep the sound punchy and loud with the combination of electronic and vocal mix … The KSL System has so much power it’s almost frightening, making the vocal gain quite exceptional. The clarity and directivity is on an altogether higher level.”

FE Live’s MD, Ryan McIlravey, is touring with the band as system tech. He designed a KSL touring package of KSL8 and KSL12 cabinets, which could be simply scaled up for larger venue dates. The main touring package consisted of twenty KSL8, four KSL12 and twelve SL-SUB; this was boosted with extra KSL8 and KSL12 cabinets for performances at London’s Alexandra Palace and the hometown gig at the SSE Hydro arena in Glasgow.

Chvrches production manager, Patrick Reid, says: “I was a bit apprehensive prior to this run about how we would scale the system to suit the different venues all with the same size box. After the first few shows it became clear this was not an issue in fact we could have even scaled up or down even further.”

The team utilized the d&b range of optimization tools for the tour, including ArrayCalc, ArrayProcessing and the R1 remote control software. 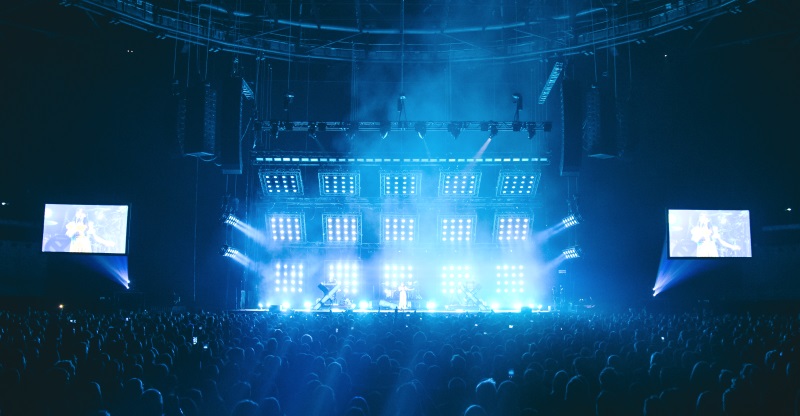 FE Live also utilized an all ‘Dante’ drive system for the tour, with a d&b DS10 network bridge in every amplifier rack, fed from a fiber enabled backbone with primary and secondary switch racks located at front of house, stage left and stage right. This network also carried OCA data for d&b R1 remote amplifier monitoring and control.

McIlravey concludes: “The KSL System represents the next generation in line array technology – it offers me so much control.”

The UK dates were part of Chvrches world tour, which now travels to Australia, the US, Japan and Europe.