Church Sound: How To Ruin Your Mix – Part 2

Getting past the fear of experimenting with effects and learning to add complimentary textures.

If you listen very long to anything I’ve mixed, you may discover that I like using effects.

Over many years and through much trial and error, I’ve found that my mixes translate better to the listener with a fairly liberal amount of effects thrown in. (click here for a breakdown of some recent effects on a COTM weekend)

Allow me to lay this on you: I propose that you can ruin your mix quicker by not using effects than by using them.

Oh, I can hear the outcries even now as I step all over your sacred cow, but allow me to be clear: Most current live music can sound better with some well-placed reverb and delay scattered about. In my book, building and running a mix completely dry is one of the fastest ways to ruin it.

But even as much as I enjoy utilizing effects to build complimentary textures into a mix, they can completely suck the energy out of an input and make it much less important if you aren’t judicious in how and when they’re used. It takes just as much vigilance to know when to stop adding effects to an input as it does to start adding them in the first place.

Early on in my mixing days, I didn’t tour with very many bells and whistles. In fact, most times I had no extras at all. But what I did have was plenty of time working with vocal-heavy bands and artists where I had no choice but to figure out how to actually make an Alesis Quadraverb sound like it wasn’t a terrible unit. Or the times when a Midiverb-III was the only thing standing between me and a ruined mix.

Night after night, I learned how to layer multiple crappy effect units together, isolating the one little part of what they each did best and dumping the parts that sucked in order to maximize whatever impact I could get. I didn’t have a big win every single day, but for the most part, it worked. Even though I’m using much better gear now and am hopefully a much better engineer, those lessons learned have formed the foundation for how I mix every time I’m behind a console.

So how in the world do you learn how to do this properly? Allow me to illuminate you with this amazing answer: Put on your big boy pants and try it.

Be bold friends, add a little bit of plate reverb onto a vocal and see what happens… Or hark, add some chorus onto an acoustic guitar. Perhaps roll the high end off of a tap delay and sneak it in behind some BGV’s…whatever it is, don’t be afraid to experiment. You may be surprised at what you discover. A brief word of caution though as we’re all throwing caution to the wind: exercise some savvy and run your experiments during a rehearsal, not during your Sunday morning broadcast. Trust me on this one.

When I listen to most church mixes these days, it’s obvious there are only a few engineers that seem to get it right. They’ve discovered how not to ruin their mix. They use effects to their advantage: to make the mix bigger, more articulated, and, well, more professional. Don’t be afraid to take a swim in the evil pool of effects; come on in, get wet, and quit ruining your mix.

You can read and comment on the original article here. See the rest of Andrew’s articles on ruining a mix here. 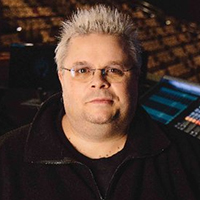 The late Andrew Stone served as the production director and senior audio engineer at Church on the Move in Tulsa, OK. He was also a founding member of MxU (www.mxu.rocks), a brand designed to create and inspire better leaders and better audio engineers.
All Posts
PrevPreviousTomorrowland Deploys L-Acoustics L-ISA
NextIlluminating The Audience With Beautiful, Consistent Audio CoverageNext
Study Hall Top Stories
Explore All Study Hall