The vast majority of today's digital consoles are well laid out and easy to use, but still, some users prefer an analog workflow and layout

Over the past decade, we’ve seen the proliferation of digital consoles in both live and recorded sound. This is not to say that analog consoles are going away at all, so it’s prudent for church sound personnel to be familiar with both sides of the playing field. The vast majority of today’s digital consoles are well laid out and easy to use, but still, some users prefer an analog workflow and layout.

Taking a cursory look at two 32-channel consoles below – Yamaha 01V96V2 digital (with expansion card) and Allen & Heath GL2800 analog – and we notice some immediate differences. Obviously the 01V96V2 is more compact, even though both have the same channel count.

This is due to its layering capabilities. Through the technology of layer pagination, the user can “toggle” through multiple inputs, and while these “virtual” layers are not quite as immediately accessible as the physical channel strips, it only takes a press of one button to arrive at the right channel to make an adjustment.

The result is that digital consoles can provide the same and/or more channels in a much smaller footprint than analog consoles.

On the other hand, the most common complaint I hear about digital consoles is the lack of individual physical control for each function. With an analog console, every function is physically present and readily apparent to the user. 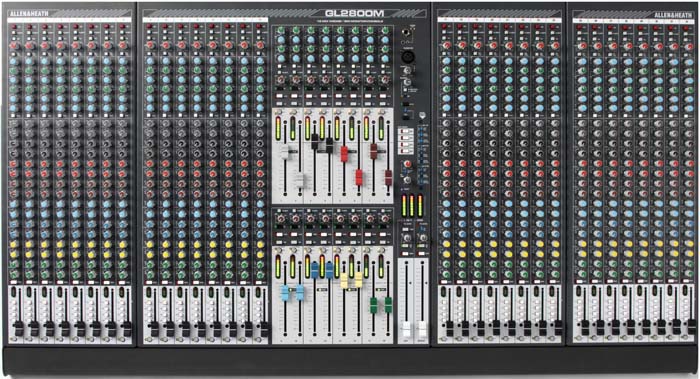 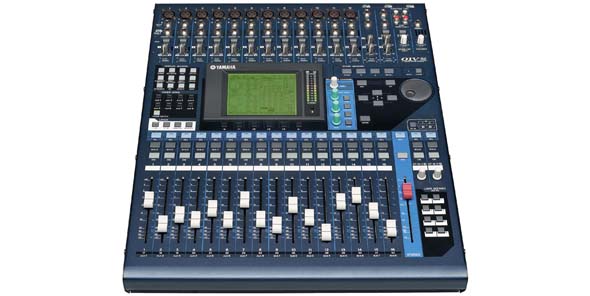 Along those lines, another noticeable difference is the distinct lack of the traditional channel strip on digital models. Rather, as you can see, each channel on the 01V96V2 has a single fader, a broadcast style on/off button, solo button, a multi-use rotary encoder, and a select button. The rotary encoder itself is a space saver, as it takes that place of the pan pot, the entire aux/send section, and allows the user access to the input/output assignment menu.

The real power of this digital mixer is found in the select button. Once any channel is selected, you can access a full complement of digital effects, as well as complex routing options including four-band parametric EQ, gate, compressor, phase, delay, and stereo/surround panning.

On the analog model, these features take up much more space on the work surface, in addition to the fact that some of them are not available.

As an added bonus for those having suffered at the hands of intermittent physical connections between outboard gear during a show, there’s no greater comfort than knowing the digital dynamics processing is safe within the console.

Truly one of the most compelling features of digital consoles are presets with recall capability. The 01V96V2, for example, offers dozens of “scenes” that can be stored for instant recall, as well as matching I/O libraries which allow the user to recall custom routing and settings throughout a show.

This functionality makes transitions from song to song a breeze, because with recallable levels, effects, and routing, down time is practically nonexistent. Another benefit of digital presets is the ability to have a basic mix saved and ready for recall, which can offer a great starting point for soundcheck and shows.

Of course, experienced users should have little trouble setting up a mix on an analog console in fairly short order, but the ability to be up and running almost instantly, along with the possibility of nearly seamless transitions, is a big plus for digital.