Ensconced a half mile north of Seattle’s famed Pike Place Market, Bad Animals has been under its current ownership of Dave Howe, Tom McGurk, Mike McAuliffe, and Charlie Nordstrom for more than 30 years.

“The rooms are set up to be sort of interchangeable but each has its own characteristics,” details McGurk. “For example, if we’re working on a TV show like Alaska State Troopers, or we’re doing a film mix-anything that needs a big surround mix-it would get mixed in Studio Blue. Sometimes we have to start a project in one room, do overdubs in another room, then finish the mix in the first room, and our mixes need to translate well going back and forth. Our monitor speakers are crucial to that.

“I write in my composing room, and then over in Studio Red we’ll replace fake strings with real strings, a vocalist will come in, or we’ll add horn parts. I have to know that what I’m hearing in the big studio is going to be true when I take everything back in my composing room. I need to hear the reality of the mix. Mackie XR824s let me do that.” 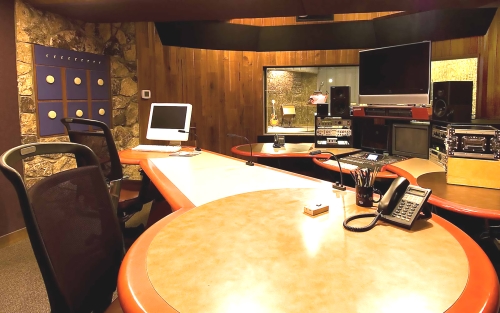 Equally important, the mixes need to translate well to a variety of end user sound systems. “There are so many ways to deliver media today, and when we work on a project we don’t really know where the audio we deliver is going to end up,” McGurk asserts. “Audio for a video game might end up on a tiny handheld player, on a phone, or in someone’s house with a big surround system and an Xbox. So the mixes have to be balanced and translate across a wide variety of playback media.

“Mackie XR824s give me a true mix that translates well. I want my monitors to sound good, I want to be able to use them over a long period of time, but the biggest thing is, I want them to be true.”

McGurk continues, “for a monitor, truth is how well it translates what you expect to hear to what you actually hear on various systems. When you’re mixing, you’re digging into things, trying to hear the balance between the different elements. You need to hear what’s really in your mix. Some speakers hype the upper end, and some speakers hype the bottom end. They aren’t true. If you think you mixed a tight, punchy bottom end, but when you post your mix to SoundCloud, other people don’t hear it that way, your speakers are lying to you. With the XR824s, you can rely on what you hear. They tell you the truth.”

For a professional who listens to speakers for many hours, it’s crucial to avoid ear fatigue. That’s partly about how you monitor, relates McGurk. “Because of the nature of acoustics, if everything is firing tight and close, you’ll fatigue your ears-unless you’re listing really quietly. But everybody has a tendency to keep turning it up. I don’t listen to my mixes super loud; if something sounds good quiet, usually it’s going to sound good when you turn it up.”

However, McGurk points out, even at moderate levels, hyped or poorly designed speakers can be fatiguing too. To test the Mackie XR824s, he put up several mixes, including classical music, pop, and mixes he had done. “The first thing I noticed was that the XR824s are very easy to listen to,” he reports. “They’re extremely comfortable. There’s no harshness in the high end; it didn’t feel like there was any hyping. I can listen to them all day and not get fatigued.”

“I love the way the XRs sound and the way they translate,” McGurk concludes. “I’m really pleased with the overall experience I’ve had with these speakers.”

Mike Sokol does sound system design and training for JMS Productions, his consulting company in Western Maryland. Visit www.livesoundadvice.com for his educational articles and videos, and email him at [email protected] with comments and suggestions.
All Posts
Top Stories
Explore All Recording