GRAMMY Award winner utilizes AT5045 cardioid condenser instrument microphones for miking both percussion and other instruments.

GRAMMY Award winner Alan Meyerson, a mixer for prominent film composers that include Hans Zimmer, James Newton Howard, Henry Jackman, Ramin Djawadi, Danny Elfman and others, is utilizing AT5045 cardioid condenser instrument microphones from Audio-Technica as a key component in his current workflow.

Currently based at Zimmer’s Remote Control Productions complex in Santa Monica, Meyerson’s credits include blockbuster movies like Man of Steel, Iron Man, Big Hero 6 (C.A.S. Award), 2019’s The Lion King, Dunkirk (C.A.S. Award), the Pirates of the Caribbean series, Sherlock Holmes: A Game of Shadows, Inception, The Dark Knight, Kung-Fu Panda, Despicable Me, The Last Samurai, Gladiator, Hannibal and more. Outside of the world of film, his engineering/mixing credits include projects from Bryan Ferry, New Order, Etta James and OMD.

“My dear friend Al Schmitt, may he rest in peace, recommended AT5045s to me, as he had just used them as drum overhead mics on a project with Steve Gadd,” Meyerson explains. “And my attitude has always been, ‘If it’s good enough for Al, it’s good enough for me.’ His recommendations were always on-point. And now they’ve become an integral part of my drum setup because they’re really clear and they’ve got an extended top end. I also love the fact that they’re easy to place – in a busy session, it can be frustrating work to get mic placement just right, but I don’t have to struggle with the AT5045. And it’s a nicely compact-sized mic, which just makes it all the more flexible to place in different situations.”

He utilizes AT5045s both for miking percussion and other instruments: “During recording sessions, we often refer to the ‘table,’ which is a station of shakers and other handheld percussion instruments that we mic in a stereo image. On one particular session, we had two tables, and I tried an experiment with using AT5045’s on one of the stations, since we had them there for drums. And they worked great. They’re just super-reliable. I have also used them on acoustic piano and acoustic guitar to great success. And different placements work great too, for instance a boom-line situation, where you point one up and one down and put them perpendicular to each other – you get a pretty incredible sound out of them that way. Or a tight X/Y is a great go-to as well. It’s a mic that’s sonically flexible, which I love.

“I get a lot of top end without feeling like I’m getting a lot of top end, if that makes sense. It’s not too bright. It’s got a nice sense of air to it, and a lot of warmth. It has a big, nice frequency range,” he concludes. When you put two of them together in stereo, you get really great imaging that comes across as very natural to me. And that’s why they work so well as drum overheads, in my opinion. I like to use very little EQ in the recording process, and the AT5045 gives me what I need naturally. They’re just great mics, and I’m grateful to have them. I have a lot of microphones, but the AT5045s get a lot of work from me.” 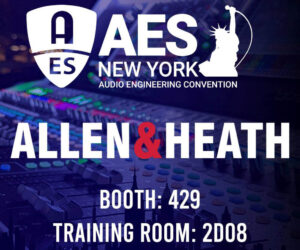 Preparing for its largest footprint ever at the upcoming show in New York with an expanded booth, multiple training sessions, the full range of ...read more → 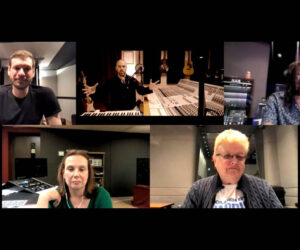 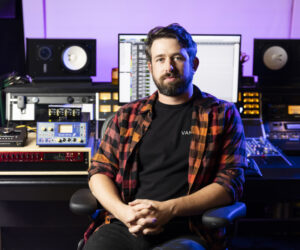 Chief engineer at Electric Fell Entertainment in LA adds an ISA One mic preamp to his mobile recording rig for his work as the ...read more → 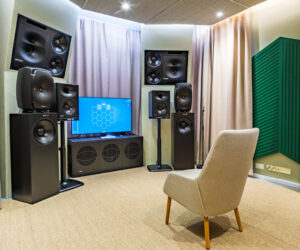 Visitors in both locations can now receive advice on Genelec loudspeakers and take advantage of a quality critical listening environment, from stereo to immersive. ...read more → 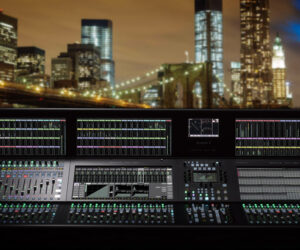 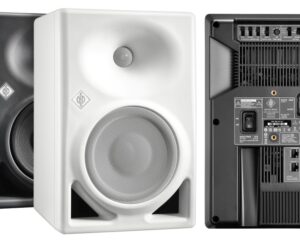 Highlights will include the recently released Neumann.Berlin KH 150 studio monitor and NDH 30 headphones while Dear Reality will focus on updates to its ...read more → 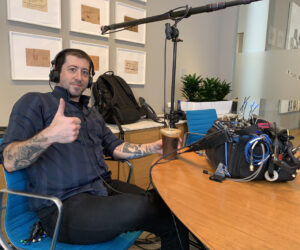 Sound Mixer Michael Solomon Relies On The Performance Of Lectrosonics 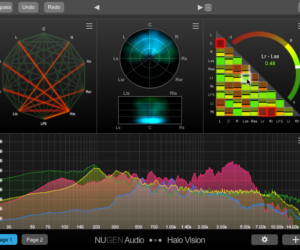 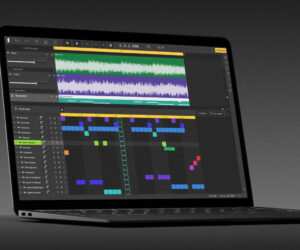 New real-time collaborative DAW for music creation via web browser comes with a library of premade and royalty-free beats, drumkits, and samples compiled by ...read more → 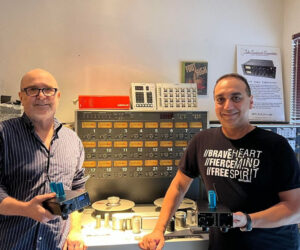 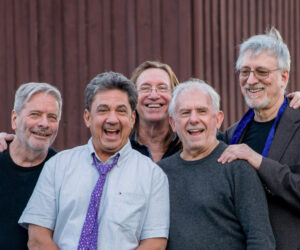 "Rhythm & Groove as the Lifeblood of Modern Music Production" slated for October 19 on the Academy Stage will share combined knowledge and experiences ...read more → 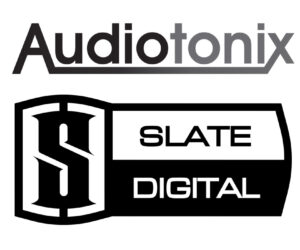