Knowing not how gates work, not just how to use them, is key in crafting a quality mix.
This excerpt provided by Focal Press

This is the first segment in our series by Roey Izhaki on gates. Additional segments are available here.

Gates are also called noise-gates – a name that implies their traditional usage as noise eliminators. In the past, tapes and analog equipment were the main contributors to added hiss.

Still, in project studios unwanted noise on a recording might be the outcome of ground-loops, a computer fan or airborne traffic.

Noise, however, is not the only thing gates are employed to reduce. 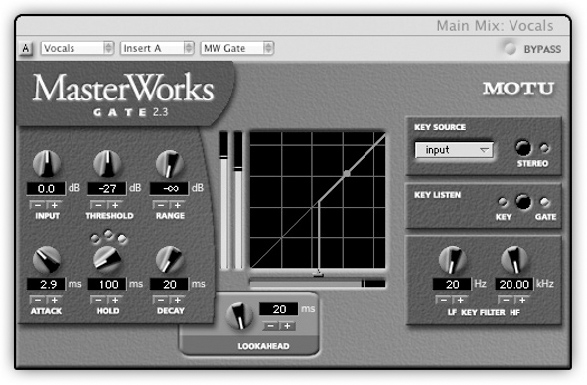 The rumble produced by the floor tom when the rest of the drum kit is played is often gated.

The hi-hats spill on a snare track and the headphone spill on a vocal track are just two more examples.

In addition to their traditional role, gates are also used for more creative tasks, like tightening drums, adding punch or applying dynamic movement. 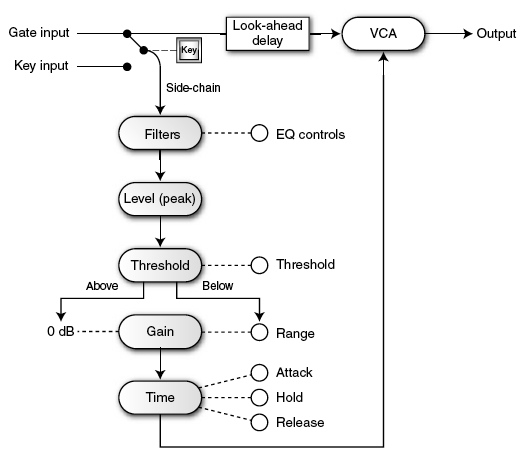 Figure 2 Inside a gate. The vertical chain shows the main side-chain stages, and the controls link to each stage.

Threshold
Gates affect signals below the threshold – these are either attenuated or muted. Signals above the threshold pass through unaffected, unless some attack is applied.

Figure 3 illustrates the function of a gate on a snare.

Threshold settings on a gate might seem straightforward – we set the threshold below the wanted signals and above the unwanted signals.

In practice, this affair can be tricky since not always a certain threshold meets both criteria.

For example, the snare in Figure 3 lost some of its attack and much of its decay.

We could retain more of both by lowering the threshold, but this would cause false triggering by the hi-hats. Solutions for this common issue are discussed later on. In the meantime we should note:

Lower threshold settings on a gate are often sought after as they help in retaining more of the natural attack and decay.

The original signal before gating involves a single snare hit and a few hi-hat spikes we wish to eliminate.