At the 2010 Winter NAMM show, TASCAM showcased the recently released DP-008, an 8-track Digital Portastudio small enough to fit into a guitar case.

Based on the DP-004, the DP-008 adds four more tracks for a total of eight tracks with built-in mixing.

It has dedicated knobs for volume and pan for each track, plus a reverb send knob for the built-in reverb effect. T

he DP-008 also has two XLR microphone inputs with phantom power, a guitar level input and even built-in stereo mics so you’re ready to record anything.

Tracks are mixed down to a dedicated stereo track and EQ is available on each track, but the Portastudio interface keeps it simple to use.

It records to SD Card media, and a 2 GB card is included with the unit. The DP-008 is available at an estimated street price of $299. 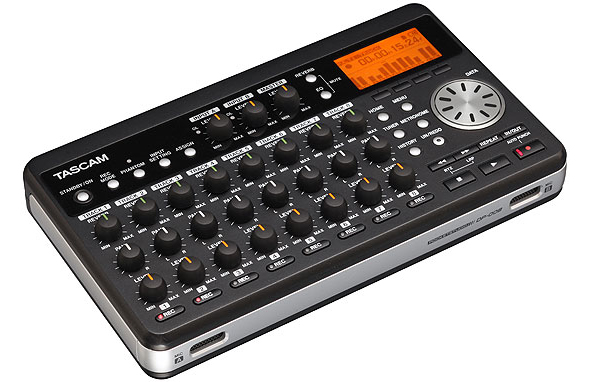