Ask Jonah: Essentials For Success With Sound For Musicals Of Any Scale

Some tips for managing wireless microphone systems and the actual mix of high school or college theatre productions.

I’m supposed to handle the sound for my school musical. Any tips?
– Georgia

‘Tis the season for musical theater, and if your high school or college has appointed you to handle audio for the annual spring musical, you’re likely to have control over two main aspects of the production: wrangling the wireless microphone systems and the actual mixing of the show.

On Broadway, these tasks are delegated to two members of the audio crew, the A2 and A1 respectively, but on many smaller productions these responsibilities fall to the same person. (Lucky you!) Here are some tips.

RF: The preset frequency groups on wireless microphone systems only work with a single group of products by a single manufacturer, and don’t take into account other wireless systems, wireless communications equipment, or the local TV transmission frequencies in your area.

For the best chance of success, a wireless frequency coordination is in order. RF coordination software can model and predict the interaction between multiple wireless devices and help you find the best frequency settings for each device. Don’t worry, it’s not tricky: simply load up software such as Shure’s free Wireless Workbench, tell it what devices you’re using and where you’re located, and the software will tell you how to get the devices to play well with each other and any local TV stations.

Double-check that all wireless systems are interference-free with the “RF War Games” exercise: turn on all of the transmitters except one and check the corresponding receiver to make sure it’s not picking anything up. Repeat this for each system. (For more about this, check out the recent Signal To Noise podcast with noted RF consultant James Stoffo on ProSoundWeb. Wireless coordination is probably the most important thing you can do to help your show’s audio go off without a hitch.

Mixing: I won’t sugarcoat it – managing a bunch of wireless mics with an analog desk is tricky. It pays to focus close attention on the input order, keeping the lead characters towards the center of the desk so their faders are under your fingers, and also placing characters that interact frequently on adjacent faders. In addition to character names, mark both the script and the console faders with numbers, which are faster for your brain to process.

Digital desks can make life a lot easier for theatrical mixing, and the good news is they’re cheaper than ever. Since many schools rent some equipment for their musicals, it’s worth asking if a digital console could be rented as well.

Rather than hunting through layers or banks to find the right inputs for each scene, a “best practice” of musical theater mixing is to assign the relevant inputs for each scene to the console’s VCAs, which allows you to mix the show from a single fader bank, as the console brings the inputs to you, rather than you searching for them. If you have access to a Midas M32 or a Behringer X32, you can download James Holt’s excellent Theater Control software, which really streamlines the programming process. It’s fast, free, and includes a host of thoughtful little features to make your life easier.

The big-time Broadway mixers use a mixing style called “line by line” mixing, in which a character’s fader is only up when he or she is speaking, keeping the number of open mics to a minimum. There are numerous advantages to this technique but it’s quite demanding to pull off, and so even if you only use the console automation to bring you the necessary inputs, you’ll have an easier time mixing and reduce the chances of throwing the wrong fader. (For more on theatrical mixing, check out Shannon Slaton’s excellent book “Mixing a Musical.”) 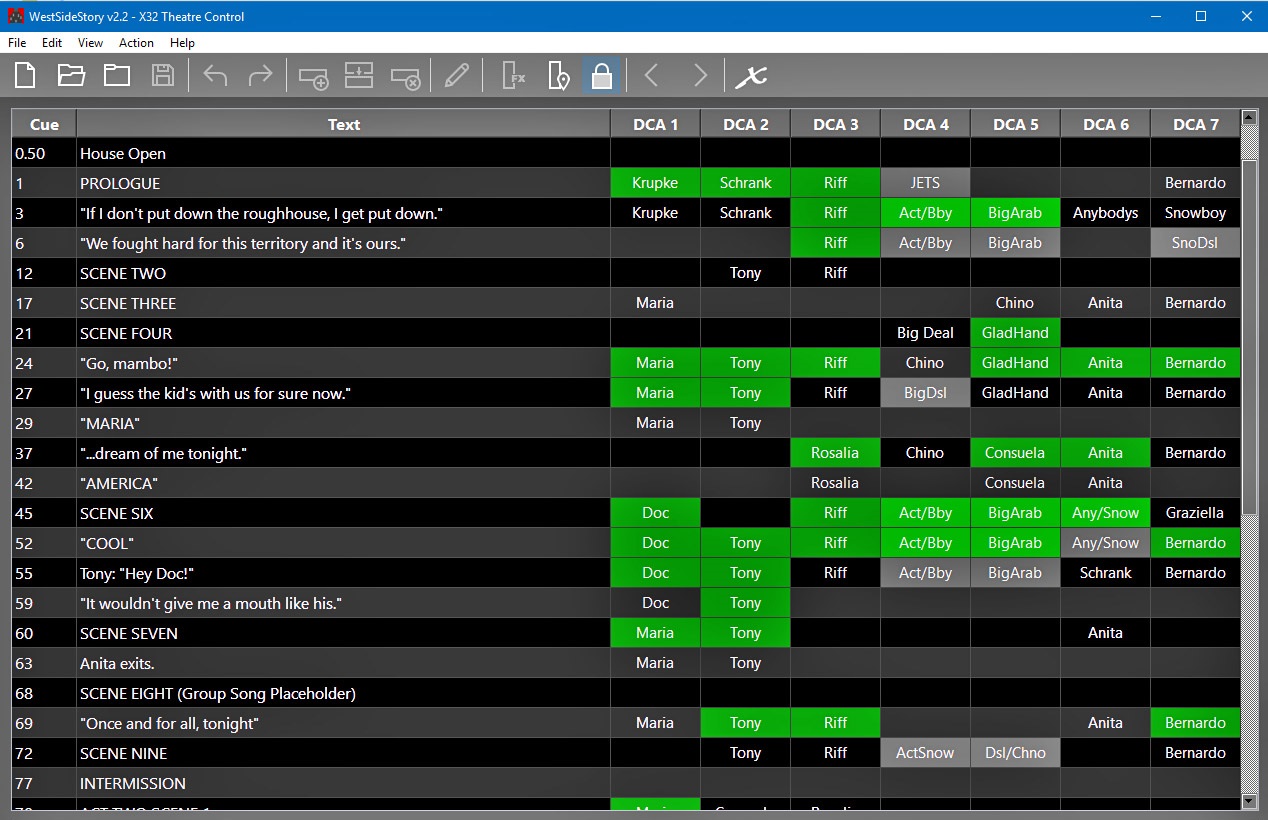 Also pay attention to the console’s “recall safe” settings – you don’t want the EQ, preamp, and/or dynamics changes to be reset each time you hit “GO” into the next scene, so you’ll want to set all those parameters to “safe” and just let the console control things like channel mutes and VCA membership.

I keep a notepad by my console during tech week. If I hit a rough spot in the mix or find a problem with the show file, I just note it and fix it afterwards, rather than making everyone wait for me during a rehearsal. After a few runs with incremental changes, you’ll ready for opening night.

Jonah Altrove is a veteran live audio professional on a constant quest to discover more about the craft. Send him your "Ask Jonah" questions at [email protected]
All Posts
Top Stories
Explore All Study Hall