Regardless of the technology – and the toys – the point is connecting the artist directly to the audience with the least amount of intrusion.

Most of us think we have it together, at least most of the time. We try to have a balance on all things “life” – work, family, time management, enjoying the “little” moments, and so on.

It’s all the stuff that you can read about in some magazine found in the check-out line at the grocery store—“How To Get Your Life Together,” or something like that. Then again, if we take a closer look (some of us don’t even have to look too close), we see just how off-center, how out of kilter we really can be.

Ever feel that way? Even more than a little bit?

Maybe it’s more severe than just a slight loss of perspective. Maybe it begins with a little compulsive behavior here or there.

After all, we have to earn a living – can’t be irresponsible! Does any of this sound familiar?

Step 1: Admitting you have a problem is the first step to recovery. But who wants to recover?

Well, it just so happens that I’m one of “those people” who actually enjoys my job in professional audio, getting to earn a living at doing something I might pursue as a hobby anyway. But depending on your point of view, that may be where the good stuff ends and it turns into something else.

Sure it’s fun, but what happens when the compulsive behavior takes over and common sense is lost? What about that new piece of hardware that just came out? Gotta have it?

And what about that accessory that you absolutely must have or you won’t be efficient in your work? (Or should we just be honest and talk about the new stuff that would be just plain way-cool to have, regardless of any real need?)

I don’t consider myself bright enough to be considered a nerd (though it’s one of my lofty goals in life), but I have to confess that I’m a gear junkie. All of the cool new software, computer gear, audio equipment, test and measurement stuff – you name it, I’m enthralled with it.

But does it make me better at earning a living? Does it really? Of course!

What, you don’t believe me?

Step 2: So I get to play with the toys – mine and yours too!

I not only have my cool toys (that we’ve established I REALLY need), but I get to design and work on sound systems with their own cool toys. Cooler still? Someone else pays for it. (Apologies to my system design brethren, but “they” were bound to figure out what we actually do sooner or later.)

Imagine, actually being paid to design dynamic sound systems that rock (or groove or insert your favorite term here), set them up with nifty test equipment and then play favorite CDs at “sweet-spot” (some might prefer the term “loud”) levels. It’s a wannabe-musician-turned-gear-junkie’s dream!

The situation doesn’t take too much effort to rationalize; I do provide a valuable professional service to those who hire me. And I’m not the only one who derives some fun from the system once it’s done. When I’m long gone, the customer plays with the toys, and everyone listening to the system joins in the fun.

Hey, you – the one with the home studio equipped with all of the latest recording gear: How many people get to play with your toys? Didn’t your mom teach you about sharing?

Or you, venue manager – I’ve seen what you do when nobody else is around, playing that loud rock ‘n’ roll music solely for your own enjoyment. Shame on you! At least I’m doing, ahem, “system testing” when I blast my tunes.

Truth is, we’re all a little guilty.

Step 3: Reality intrudes, and I’m not really as cool as I think. But I know who is…

So there I was, doing what I do. At a venue, following one of my system designs to completion. Supervising and supporting the installation team as they put together a system that included a computer with lots of loudspeakers, amplifiers, DSP, inputs, outputs, knobs, buttons, cables — the usual complement.

One of the production people comes into the office and tells us about an ongoing recording session at a local studio, where the tracking of music to be used with this new system is underway. Off we go to hear the creative side of things.

While hanging out I notice “these people” getting “these things” out of cases. These people are musicians, and these things are instruments. For some reason I was expecting a computer driving some synths while a couple folks hung out and drank coffee.

Then the ideas start flying around about the neat techno-things we can do with this great music, like imaging and panning effects around the show space, tracked to match the venue’s new sound system.

Later, we finished optimizing the system. The geek stuff — some cool computer control system programming, and system configuration, and mixing in the space. Talk about fun!

But suddenly, it hit me: People aren’t going to come to this place to hear the sound system. In fact, most people won’t even notice. They’ll be too busy looking at the video, the lights, the lasers, the fountains — the whole show.

The music and sound will be experienced, by and large, as an accompaniment to all of this. It will evoke feelings and emotions, creating more of a binding tie to the production. Going beyond what can be seen to what can be felt. Our job as sound people is to facilitate the artist’s expression of the desired experience.

At that moment, I realized that it’s not about me or my system or my programming or design work – it’s about connecting the artist directly to the audience with the least amount of intrusion.

Sure, the sound team can facilitate some of the creative experience with our technical stuff, but the music presentation must speak directly to the soul. This, indeed, this is the ultimate point.

I’m fortunate to work in a field where I can contribute to great projects, to be part of a complete design team that uses the available technology to present and enhance the creative process.

To help tell the story is truly an honor. Without creative vision, all of our work is wasted.

This project was a healthy reminder for me. While I like to think the work I do is useful, the fact is that it adds up to little without the artistry.

Regardless of the technology – and the toys – it still comes back to the music. 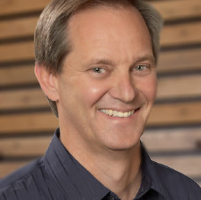 Vance Breshears is senior VP at Idibri (www.idibri.com), where he serves as a specialty consultant to architectural and construction firms for acoustics, technology, and theatre design. He specializes in high profile projects or projects with a high degree of complexity.
All Posts
PrevPreviousReal World Gear: Two-Way Loudspeakers
NextLive Sound Bootcamp, Season 2, Episode 6: It’s All About The Bass (Guitar)Next
Study Hall Top Stories
Explore All Study Hall