Once again HP took the leadership role in what was a rapidly-emerging field, providing a groundbreaking dual-channel FFT called the 3582A…at a mere $15,000. (And worth every penny.) See Figure 3.

I acquired a 3582A and eventually bought nearly 100 more of them to distribute to the dealers of my former loudspeaker company. It was a game changer, and I owe much of what I know about acoustics to having used this excellent machine for many years.

Though the 3582A never became as well known as handheld RTAs (such as those manufactured by Ivie), it had a profound impact on professional audio. It not only functioned at nearly two orders-of-magnitude faster than the 3580A swept-sine wave analyzer, but far more importantly, it provided time-domain information. We could now view, and learn to understand, the value of phase and time-domain data instead of just relating to frequency response.

Around the same timeframe, B&K also manufactured a dual-channel FFT analyzer, and never short on research efforts for both pure and applied technology, the company published a pivotal white paper that led to, or at least mirrored, the ideas behind measurement products such as Meyer Sound’s first SIM system and Apogee Sound’s CORREQT measurement system.

In both cases, it was the power of the dual port FFT analyzer that made it possible to realize the potentiality of the underlying concept: that is, using any signal, including the program content itself, to obtain meaningful measurement results. 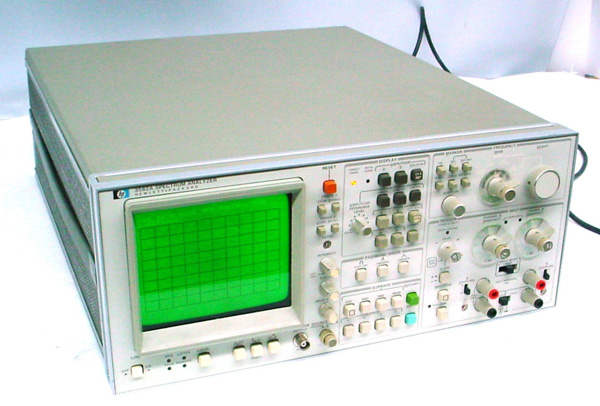 Figure 3: The Hewlett-Packard 3582A dual-channel FFT analyzer. (click to enlarge)

The 3582A made it possible to properly equalize the system in the cathedral noted earlier. Due to the enormous interior volume and the construction materials which were exclusively glass, concrete or steel, the room exhibited a 7-second reverb time in the lower frequencies. Without the aid of FFT, I’d probably still be there today, trying to justify my system design.

Further Precision
FFT analyzers come in two primary types: single port and dual port. (There are also some offering four or more ports.) A single port analyzer is like a handheld RTA. It provides a visual display that reflects only the signal it’s receiving. Simple enough, right? Seems so, but the idea of acquiring a measurement with more than one input port is huge, really huge.

A dual port analyzer introduces a form of mathematical intelligence to the measurement that’s known as “transfer function.”  Instead of receiving only the signal content arriving at the lonely single port, the dual port analyzer compares two signals, one being a reference. The reference signal is normally sent to port 1 and is the same signal sent to the DUT, while port 2 receives the response of the DUT.

While this might seem merely an exercise in semantics, the results are anything but, because now the analyzer can tell us about when signal 1 arrived in relationship to signal 2. It can plot how the two signals differ in phase and frequency response. Suddenly we see things that were never seen or understood before.

So now that the vitally important phase and time-domain information has readily been revealed, it becomes possible to use that information to make corrective response alterations to a sound system, but this time the alterations are based on solid data. The result? A new level of precision.

The use of dual channel FFTs initially re-shaped loudspeaker product design, but it soon followed that they would also play an instrumental role in developing the art and craft of field-tuning a sound system, an inherently more complex pursuit due to the involved nature of room acoustics. More about that in the next installment.

Ken DeLoria has had a diverse career in pro audio over more than 30 years, including being the founder and owner of Apogee Sound.