Several years ago, I was fortunate in joining the sound team for noted country artist Trisha Yearwood as front-of-house engineer, and it was a rejuvenating experience for me as a mixer, to say the least.

In an audio world where technology (in general) and the digital domain (specifically) seem to reign supreme, the idea of using mostly analog gear with an A-list artist might sound downright outdated and ridiculous. Yet that’s exactly the road we took with Trisha.

To put this in perspective, think about how often we use “technology” to “enhance” a performance. It becomes a whole different ballgame, however, when an artist can actually perform live at a high level.

And this has got me thinking: Is it time to take stop being so concerned with new technology and get back to basics? What is the true essence of what we’re doing?

First, we started at the source — Trisha’s vocal microphone. It was an “old fashioned” Shure SM58. Not a BETA, not an 87, not an “A” or a “C” — nope, an SM58. (Not that there’s a thing at all wrong with those other fine models, but this is what worked for Trisha.)

Wireless? Absolutely not! (Sorry to blaspheme…) But we just connected that mic with an “Average Joe” 50-foot mic cable, which ran right to a splitter (or console in some cases).

The snake fed one of my all-time analog favorites, a Midas Heritage 3000 console, but you don’t need one of these to get great sound. I’m also partial to the smaller Midas Venice. To each his own.

Here, we let the mic preamp do the hard work, because, well, that’s what it was designed to do! We didn’t run the faders at +10 and the VCAs or subgroups at +10 just because the input might be weak.

Rather, we grabbed some more gain if it’s needed. (Another option would be to tell the singer about it, but that certainly was not a problem in our case.)

While one of my pet peeves is a weak vocal, the other is over-equalization. Too many people mixing these days are “over EQ-ing” everything on the console, and it’s time to stop! (Sorry, rant off.) 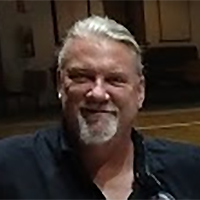 Based in Nashville, Wayne Pauley has mixed FOH for Lee Brice for the last nine years, and has also worked with Celtic Woman, Trisha Yearwood, and many other country acts spanning back over two decades.
All Posts
PrevPreviousFront Of The House Fridays Podcast, Episode 4: FOH Engineer Michael “Coach” Conner
NextMore Than One Way: Alternatives To High-Voltage Audio Power DistributionNext
Top Stories
Explore All Study Hall