Supports multi-channel measurements along with a host of other features

SysTune is a full-featured dual-channel FFT analyzer, supporting multi-channel measurements along with a host of other features such as a basic set of acoustic measurement tools, SPL logging, and real-time tracking of various worldwide health regulations (SPL limits) specific to each country using a variety of pre-defined standards.

In development for more than a year, new SysTune version 1.2 has now been released as a free update to current users, with a price reduction to $525 for a single license, single seat.

Developer Ahnert Feistel Media Group (AFMG) is also the author of many other audio software platforms, most notably EASE and EASE Focus, all distributed in the U.S. by Renkus-Heinz.

The update is headlined by several new, major features:

Of these new features, most users will find the web interface and Delay Analysis module most useful immediately.

Apps for mobile devices which control audio equipment are currently a hot item in 2012. Rather than create a standalone app for a variety of platforms, or require users to run VNC or Remote Desktop to gain control of the SysTune computer, AFMG chose to leverage Scalable Vector Graphics (SVG), which is now supported by a number of mobile web browsers.

This requires SysTune to be placed in Web Server mode, with the NGINX HTTP server running on the SysTune computer. NGINX is installed automatically with SysTune 1.2. Now the mobile device exchanges data with SysTune via HTTP.

SysTune displays to the user the IP address to enter into the mobile browser, and the user enters the IP address in the address bar on their iPhone, iPad, Android device, or any other device with a browser supporting SVG. It’s just that easy. In addition, a limited yet useful set of remote controls is available. (AFMG is collecting user input for further refinement.) 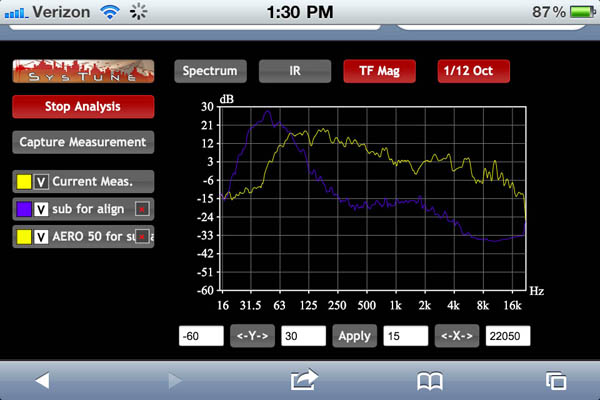 Figure 1 shows how it looks on an iPhone. The iPad display is the same, only larger. If the SysTune signal generator is being used, it will be turned on and off with “Start Analysis” and “Stop Analysis.“

It’s also possible to manipulate overlays, and switch between Real Time Impulse Response, Magnitude, and Spectrum displays with smoothing resolutions of 1/1, 1/3, 1/6 and 1/12 octave available for the frequency domain views.

Anyone who has taught a measurement class knows that phase is a challenging concept for beginners. Not only is the concept difficult (“Are you saying different frequencies are arriving at different times? Really?”), but reading the phase trace is mostly a conundrum.

Then when we factor in the “delay time” that the delay locator (regardless of platform) has suggested – and the implications of that time being “correct” for only a range of frequencies – doing a subwoofer-to-main loudspeaker alignment becomes a difficult proposition for novices.

Of course, those who “get it” will eventually be able to do this, but for an average user with no electrical engineering or FFT math background, it’s a daunting proposition at first.

Most users are using phase ONLY for the alignment task. Why? Because the technique is well established and can eventually be mastered.

But the user cannot (mostly) change the overall phase response of the components in the system.

Phase comparison is used only to find a delay time to match timing through overlapping areas, and in the field, commonly LF section of the main PA to stacked subwoofers.

Loudspeaker designers do use phase to make determinations about their designs. They have a degree of control, since they’re the builder.

But for the majority of users in the field, there should be a “better mousetrap.”

SysTune Delay Analysis addresses this by taking phase interpretation out of the alignment process. Of course, the phase display is still available, but not necessary for the alignment task.

1) Capture overlays of the two components to be aligned.
2) Load these overlays into Delay Analysis.

There’s also a “custom” box in which the user can enter any delay value and invert polarity.

Beneath the “Settings” button lies “Custom Center” and “Custom Bandwidth.” In this case I used a center frequency of 80 Hz, and a bandwidth of one octave.

We can see those summation results in the Delay Analysis window, but let’s look at each in the top window, Magnitude Display, and with the overlays to be aligned loaded into the display.

We’ve already seen the Positive solution in Figure 2 so let’s look at Negative, Flat, and Custom (Figure 3A, 3B and 3C). 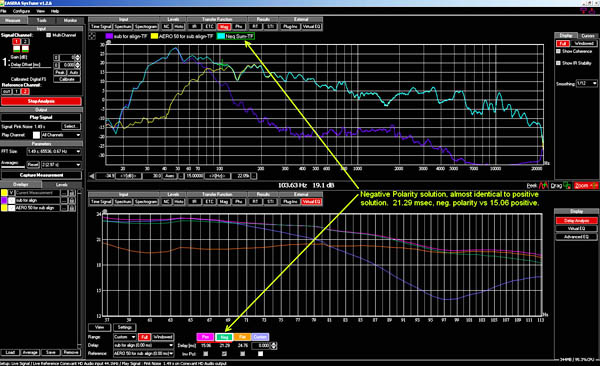 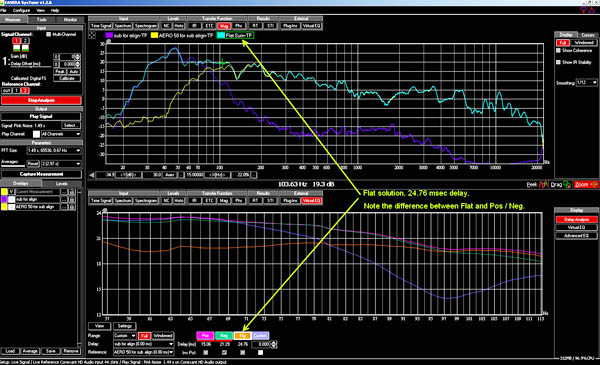 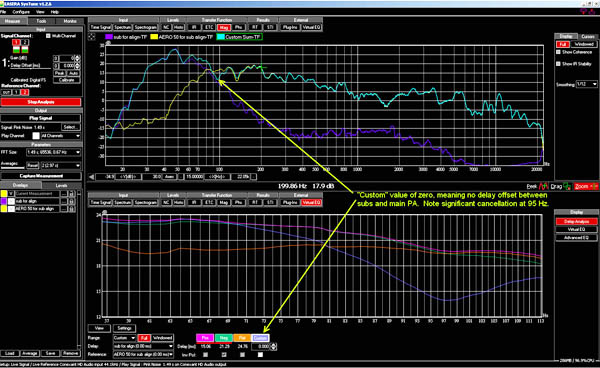 If we use SysTune’s Virtual EQ, we can not only equalize overlays offline we can also apply a delay value (Figure 4A, 4B and 4C). 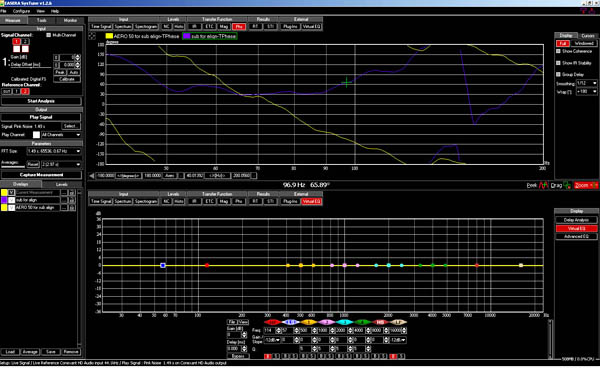 Figure 4A: The phase response of both the subs and the flown PA from 40 to 200 Hz. (click to enlarge) 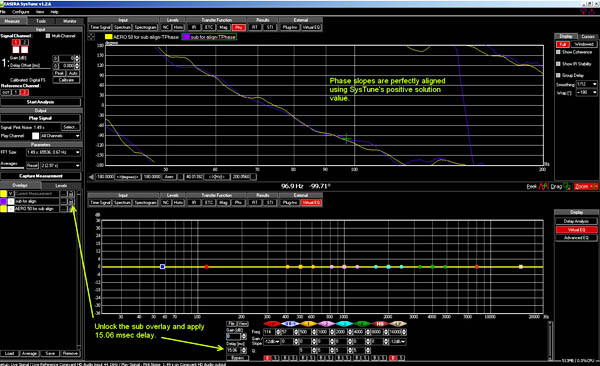 Figure 4B: Max summation with the 15.06 msec delay suggested by SysTune for the Positive solution. (click to enlarge) 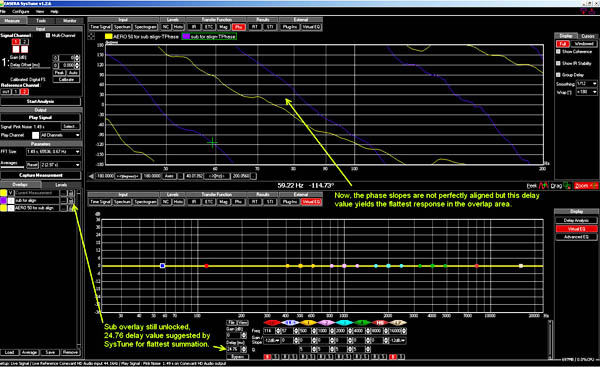 Figure 4C: What the Flat solution yields in the Phase display. (click to enlarge)

Initially it can be a challenge to get the phase slopes to line up correctly. Beyond the concept of using phase to match timing through the overlap areas is aligning for flattest summation, rather than maximum.

In the example here, flattest summation is non-intuitive using the phase technique since the flattest solution will not have perfectly aligned phase slopes and really can’t be predicted by only viewing phase.

But with Delay Analysis, the user can get an immediate picture of the options and use the “Custom” control to adjust as desired. In fact, using Delay Analysis and Virtual EQ, users can easily capture overlays and adjust alignment values “offline” for a desired response.

My field experience has already shown Delay Analysis to be a huge time-saver, so the benefits are there for not only novices but for experienced Measurement Jedi. And, although the Virtual EQ filters are pure mathematical filters and will not directly correspond to any DSP EQ implementation, in an environment not conducive to “making noise,” Virtual EQ can get you “in the ballpark” with further adjustment to be performed once the system can be stimulated.

For example, if the initial FFT size is set for 1.49 seconds (this is 0.67 Hz frequency resolution at 44.1 kHz sampling rate), any reflection arriving after 1.49 seconds will be excluded from the measurement.

So we already have a window by default – it’s the FFT size we’re using to measure.

However, it turns out we don’t hear in a linear fashion. We would like to see less HF and more LF in the measurement in order to better correlate with our hearing.

To do this, we need multiple windows using shorter times for HF and longer times for LF. SysTune does this by implementing the TFC (Time-Frequency-Constant) window. SysTune 1.2 has further improved the resolution of the TFC window.

TFC is a new, patented windowing function, developed by AFMG. It is actually not a simple window, but a complex weighting function that corresponds to a window with different lengths for different frequencies.

Figure 5 provides a (superficial) look at the relevant parameters.

SysTune TFC windowing defaults to a 50 msec window at 1 kHz. But what about other frequencies? The Time-Frequency-Constant (TFC) window is not really a window but only similar to ordinary fixed-size windows. In fact, the TFC window consists of a weighting function that depends on both time and frequency.

To use all eight inputs, a DB25 cable is required. X.8 supports internal audio loopback to SysTune as the reference channel from the internal generator, thus freeing up a channel for measurement input. Also, X.8 audio and control passes via Ethernet, with IP management via the Windows Bonjour service.

SysTune 1.2 is a comprehensive update, with the focus on making users’ tasks easier. This article only touches the list of features and updates, and does not include the patent-pending SSA Filter, which offers unmatched immunity to noise, or DSP plug-ins.

Future enhancements include integration with the Lake family of loudspeaker controllers, and real-time multichannel measurements.